India and Visegrad Four: Meeting Each Other Halfway 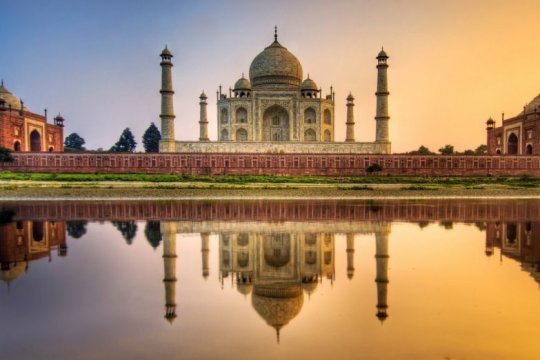 Members of the Visegrad Group (Poland, Hungary, Czech Republic, Slovakia) are set on expanding cooperation with India. That such cooperation is of mutual interest was confirmed by Indian Foreign Minister Subramaniam Jaishankar’s visit to Hungary and Poland in August. Hungary and Poland pursue the most active foreign policy within the Visegrad Four.

This trend is not new - it clearly manifests itself in the policies of the Visegrad Group after the 2008 economic crisis. The Indian economy demonstrates an impressively fast growth rate (more than 7% annually). As it became clear in wake of the visit, Poland, Slovakia and the Czech Republic want to cooperate with India in the transport, energy, agricultural and defense sectors, Hungary - in pharmaceuticals and biotechnology, and all together - in investment and research projects.

Apparently, New Delhi and Beijing are becoming part of European competition. India, however, will have to work hard to strengthen its economic, political and cultural presence in Europe if it wants to catch up with Beijing, which began working with Europe earlier and has been doing it more successfully and dynamically.

India positions itself as a self-sufficient civilization striving to become a connecting link between Europe and Asia. In many ways, the EU has the same vision of India. Given the situation, fitting Indian-European relations into a wider geopolitical context is at odds with China's civilizational regionalism - the desire to keep Asian policy within the framework of the wider-context Chinese civilization and its sphere of influence. Therefore, the appearance of new, Asian players in Europe is not welcomed by Beijing, although it does not declare it openly.

The prospect of the UK’s withdrawal from the EU deprives India of one of the most valuable allies in Europe. Hence the search for new partners within the EU. Countries of the Visegrad Group come handy and, to some extent, could compensate the loss. Poland is an ardent ally of the United States in the EU, the United States is India’s ally in Asia. Slovakia and the Czech Republic are more pro-German and could somewhat contribute to New Delhi’s cooperation with Berlin.

India is also guided by economic considerations. The Visegrad Four expands relations with Japan, South Korea, Brazil and other rapidly developing economies. The absence of India on this list seems illogical. The participants believe that the economic potential of the Visegrad Four is not used to maximum capacity: 95% of trade between India and the EU is provided by countries of "old" Europe.

What could present some obstacles to the rapid expansion of India’s extensive partnership with the Visegrad Four is certain disagreements over the future of Europe, as well as the orientation of the two main “Visegradians” - Hungary and Poland - to various international partners.

Hungary opposes the presence of American NGOs, the financial and political dominance of Brussels and Washington, as well as the EU migration policy, but advocates constructive relations with Russia and China to the point of participation in the Chinese “One Belt, One Road” Project.

Poland favors building up the US military presence in Europe and is against improving relations with Russia, but, like Hungary, it opposes migration policy and the financial dictatorship of Brussels. Warsaw has a restrained attitude to the One Belt, One Road Project for fear of spoiling Washington’s mood.

Under the circumstances, India will adhere to a nuance-based approach in relations with the Visegrad Four. In 2020, after Warsaw takes over the presidency of the Visegrad Four, it can be assumed that this will be the time for Poland to pursue its plans in cooperation with India. The Indian-Hungarian dialogue and relations between Slovakia and the Czech Republic will follow separate scenarios.