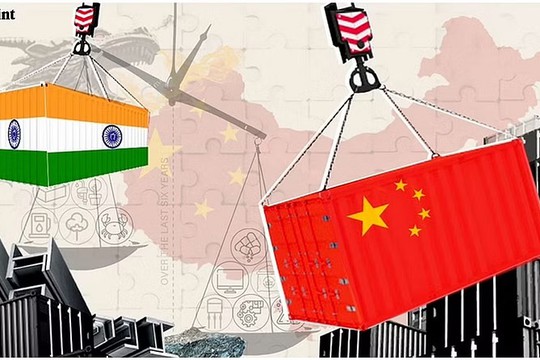 Western press writes a lot about supposedly ‘hostile relations’ between India and China, about ‘military clashes’ on the disputed section of the border, that two countries ‘have declared a boycott in the trade of their goods’… But in reality everything like ‘that’ is absolutely different.

With $89 billion worth of Chinese merchandise coming into India within the first nine months of 2022, India’s imports from China are all set to cross $100 billion this year, - writes “The Print”.

Last year, by September, India had imported $62.2 billion worth of goods from China, which means that this year, India has reported a 43% rise in Chinese imports.

Data from the Ministry of Commerce and Industry, updated till September 2022, shows that the $89 billion worth of imports from China is more than 16% of the $551 billion worth of total imports India made in the first nine months of 2022.

A detailed look at these items reveals that most of the goods India imports are electronics and (electrical) parts, nuclear reactors, boilers, machinery, and organic chemicals.

A large part of the change in India’s trade with China could be attributed to the central government’s Manufacturing Programme, introduced by the Ministry of Electronics and Technology, which phased out import duties for parts of electronics for Indian manufacturers, in order to encourage local sourcing of raw material for electronics.