Integration of the Arab world: a glance from the future 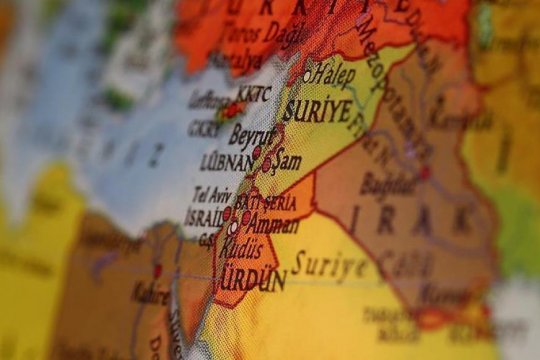 Despite the wide-ranging violence and a large number of outstanding conflicts that characterize the developments in the Middle East, this region carries opportunities for peace and development as well. First of all, this is due to the economic potential of the region, which is rich in resources and has a significant population. For years, this potential was overshadowed by wars and conflicts that tore the Arab countries. However, according to Dmitry Maryasis, Director of the Department for  Israel and Jewish Communities at the Institute of Oriental Studies of the Russian Academy of Sciences, Deputy Dean of the Faculty of Economics of the Institute of Economics, Mathematics, and Information Technologies of the Russian Academy of National Economy and Public Administration, some of the problems that the region faces may provide reason for the creation of a joint system, because they can be solved only by integration.

The issue of integration in the Middle East is not new for regional researchers. On the one hand, in his report, Dmitry Maryasis has addressed an issue that has been of researcher interest for decades, and, as it seems, while the Middle East was shattered by wars and conflicts which stood in the way of unification, economic integration of the region has lost all its relevance. On the other hand, as the Middle East has been changing rapidly over the past few years, so have the challenges it has been facing.

According to Maryasis, it is these new challenges that could trigger integration so that integration could finally make sense for countries of the region. The expert has identified three problems of regional and even global scale that can be resolved by joint efforts only.

First of all, we are talking about challenges that are making themselves felt in countries of the region right now - a shortage of water and food supplies. Given the high population growth, climate change and conflict zones, Dmitry Maryasis says, there will be acute shortages of water resources in 50 years. This will lead to a situation in which the farming sector will no longer be able to supply the region with food and most products will have to be imported.

The author of the report suggests reconsidering the entire water use system in the Middle East. Firstly, what could help to resolve the water problem is redistribution of fresh water resources from countries that have them in abundance to countries that experience their shortages. Secondly, more progressive farming technologies would allow more efficient use of water. Thus, financial investments in technology are crucial.

The second problem that carries an opportunity for unification is associated with the transformation of the workforce, which is happening not only in the Middle East, but also throughout the world. While population growth rate is fairly high, unemployment rate among the young is 31 percent, which makes the situation in some countries of the region explosive, as the events of the “Arab Spring” have demonstrated. In addition, while the automation process leads to the disappearance of a number of professions, the population does not have enough skills for qualified labor. According to Maryasis, integration will help to intensify economic growth, which will encourage a demand for different qualifications, and therefore will ease social tension.

The energy issue will prove as critical in the future. Despite the fact that at present, most countries of the Middle East have no energy problems and oil and gas resources will last for quite a long time, if you look into the future, analysts predict that there will be no reserves left in 50 years. Moreover, given that the most accessible deposits in some countries have already been emptied, the cost of raw materials’ production is bound to increase. Hence, unification of countries is necessary for a more efficient use of natural and financial resources.

Three non-Arab countries of the Middle East, such as Iran, Turkey and Israel, were deliberately excluded from the report. Despite their economic and technological potential, it is quite difficult to talk about integration with these players for socio-political differences. However, purely Arab countries have to deal with a sufficient number of conflicts and internal problems that obstruct integration.

Alexander Akimov, head of economic research department at the Institute of Oriental Studies of the Russian Academy of Sciences, says the difficulty of Middle East integration lies in the fact that economic processes in the region are interconnected with political ones. Moreover, in such areas as export and transport services the Arab countries are competitors rather than allies, which puts limitations on integration.

Speaking about the history of the region, Akimov emphasized that only two integration projects have ever been implemented in Arab countries - the Roman Empire and the Caliphate. The expert explains integration problems with the large territory of the Arab countries, which experience  logistic problems, so it is more profitable for the Arab countries to cooperate with players outside the region, such as Africa, India, Russia and Europe. “There is horizontal communication. Countries of the region find it easier to integrate with countries of Europe, or even with the USA, than with each other. In addition, there are quite serious logistical problems, particularly since there are no transport corridors and the ports are not functioning well,” - Dmitry Maryasis says.

Omar Al-Ubaidley, Director of Research at the Bahrain Center for Strategic, International and Energy Studies (Derasat) also remarks that the Gulf countries find it easier to cooperate with external players than with each other, in the first place, because they are monarchies and that is why it is challenging for them to cooperate - they cannot think for decades ahead. In addition, Omar Al-Ubaidley emphasized that it is difficult to talk about integration at a time when most countries in the Middle East do not even have their own economic strategies and some are still in the state of war.

According to Andrei Fedorchenko, Director of the Center for Middle Eastern Studies at the Institute of International Studies, the Russian Ministry of Foreign Affairs, there are nine major hurdles to pan-Arab integration. They are as follows: a high level of protectionism, fairly narrow markets, a gap in the level of economic development, the sameness of economic structures, the fact that agricultural products remain beyond the bounds of integration agreements, underdeveloped transport infrastructure, a weak financial base for integration, the rigidness of the economic mechanisms and political differences between countries. In addition, integration is hampered by numerous trade agreements which overlap, turning the region into a patchwork. “Assessing the prospects of this integration, I think that this is not a panacea for all ills and that it is necessary to approach the issue from a different perspective. It would be a good idea to carry out three rounds of economic and political measures: to implement consistent economic reforms in each country, develop bilateral cooperation and revive the Barcelona initiative of a Union for the Mediterranean. This could be translated into life if Europeans show a greater understanding of Arab problems,” - the expert emphasized.

Two approaches to integration and the options for Russia

The first approach involves integration not only at the regional level, but also between individual countries within the region. This approach would make it possible to accelerate integration processes within regional groups at first, and then integrate the entire region. “From the economic point of view, we see that there are three groups of countries - North Africa, Mashrik and the Gulf countries. There are three clear-cut groups that boast similar economic, geographic, and other characteristics which prompt them to pose as a single sub-region. If they come to agreement on a sub-regional level, this will facilitate the integration process and the entire region will find it easier in terms of integration, ” - said Dmitry Maryasis.

The second approach appeals to the development of new technologies. Cutting-edge technologies, the researcher says, could play a major role in the integration processes in the Middle East. He refers to the use of online platforms in settlement of administrative issues, the use of electronic payment systems, which could become the same for the entire region. In addition, new technologies could stimulate the progressive development of civil society in the region and boost the effectiveness of charitable organizations. “The technologies will make it possible for organizations operating in this area to not only coordinate efforts but set up various associations, or partnerships, with a view to consider issues the region is to grapple with in a wider, all-Arab context,” -  Maryasis remarks.

In this context, the priority for Russia is to be aware of integration processes and follow a certain strategy. “Many things in the region are being rebuilt or restrucgtured. Given the changes, Russia, acting through its representatives in the region, could gradually re-orient these processes in the direction that meets its interests. Provided we influence the initial stages of these transformations from the very beginning, then, at the final stage, when these processes come to a close, we will be part of them. To this end, we must proceed carefully, in order not to impose our thinking on a different culture,” - says Dmitry Maryasis.