Intelligence cooperation in the modern world – challenges and problems 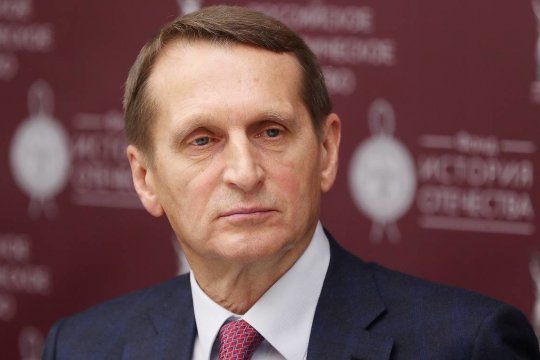 In their effort to ensure their national interests, countries have traditionally used "intelligence diplomacy" with the foreign intelligence services of different countries officially working together on a bilateral or multilateral basis.

The world has accumulated considerable experience in pulling together the intelligence efforts of countries, not necessary allied ones, on various tracks of their shared interest. The results of this mutually-beneficial interaction convincingly testifies to the fact that such a partnership makes it possible to solve many tasks of an intelligence nature as well as those going far beyond the realm of "classical" activities by special services.

Back then, it was the foreign intelligence agencies that proposed signing “fair partnership” agreements with their Soviet colleagues, which is the best evidence of their acknowledgement of Russian intelligence as a strong, "useful" and reliable partner.

The US proposal made to the Soviet Union to join the two countries’ intelligence efforts during WW2 was another proof of the high status of the Soviet intelligence, and Washington’s realization of the importance of joining efforts against a common enemy. In less than a year and a half (1944 - the first half of 1945), the Soviet Union and the United States exchanged a slew of secret information of a proactive nature, which saved hundreds of thousands of human lives.

This wartime interaction was all the more significant because despite the political differences between the two countries, their intelligence services managed to work hand in hand in the face of mortal danger, implementing common plans, constructively and in good faith. The assessment of that cooperation by the head of the US Office of Strategic Services (OSS - American intelligence) William Donovan is very indicative here, although it sounds a bit unusual today, given the present state of Russian-American relations.

In his letter to the head of the 1st Directorate of the NKGB of the USSR (the official name of Soviet intelligence during the war), Pavel Fitin, Donovan wrote that the successful intelligence cooperation between the two countries proved the allies’ ability to work together, at least when it came to intelligence.

Although the above facts are now history, mentioning them in the context of the current problems of intelligence cooperation is both appropriate and important. It is always useful to remember the lessons of the past, and it is imperative for us to take them into account now that destructive tendencies are intensifying in the world and global instability is growing.

The Russian Foreign Intelligence Service (SVR) regards the existing and potential threats to peace as a strategic challenge for the intelligence services. Russian intelligence is ready to adequately respond to this challenge with all the analytical and operational potential at its disposal, as well as the appropriate "infrastructure" for maintaining contacts with foreign partners.

These days, the SVR maintains various degrees of interaction with virtually all leading intelligence and counterintelligence services of the CIS countries, as well as those in the West, in Central and Eastern Europe, in the Asia-Pacific region and the Far East, Latin America, the Middle East, and Africa. The forms and methods of interaction with each partner vary depending on the foreign policy priorities of the Russian Federation, the international situation and the current state of relations with this or that country.

It must be admitted that the current tensions in relations between Russia and the West is reflecting negatively on the Service's ties with foreign intelligence agencies, above all American, Western European and some others. We are well aware of the strong US and British pressure on some countries regarding their cooperation with the Foreign Intelligence Service of Russia. Despite this “ungentlemanly” behavior, in recent years we have achieved unprecedented progress in relations with most foreign intelligence services, including some in the West.

Increasingly annoyed by their Anglo-Saxon allies’ nagging attention, many of our partners now try to be more objective, realizing that today the SVR is more than just a leading participant in the process of interaction between intelligence services of different countries, but largely determines its directions, content and forms. Notably, the basic principles of partnership proposed by the SVR in the early 1990s, such as equality, mutual benefit, non-interference in each other's domestic affairs, and confidentiality, have proved universal and are being actively used today.

The international intelligence community is fully aware of the planetary nature of the threat of international terrorism and its enormous destructive potential. Terrorism has entangled in its net virtually every region of the world, with its elements able to quickly change their tactics, adapting to the environment, including the ongoing coronavirus pandemic. This is why we still consider terrorism as one of the main threats to civilization, and, therefore, we see interaction in the war on terror is an overarching priority for national intelligence services today.

In this context, it is worth recalling the fact that after the large-scale terrorist attacks in the United States in September 2001, cooperation between intelligence services of different countries literally went through the roof. The Russian Foreign Intelligence Service was, on the whole, well prepared for such a development and, using the experience it had already obtained in conducting counterterrorism operations, it was able to contribute heavily to the cooperation of intelligence services of different countries.

The SVR has been working very closely and productively with the intelligence agencies of the CIS and SCO countries, and our joint intelligence activities are always high on the agenda of the annual meetings by the heads of the security agencies and intelligence services of the CIS member states. And with very good reason too, because in the wake of the military defeats suffered by ISIS and other terrorist groups in the Middle East, jihadist groups started fanning out throughout the planet, thus putting the CIS countries in a high-risk zone. Therefore, ensuring their security is perceived by us as a top-priority issue.

The permanent format of cooperation between the intelligence services of Russia, China and India, including regular trilateral meetings by their intelligence chiefs is particularly valuable for strengthening regional security and countering terrorist threats.

The efficiency of the interaction between Russian intelligence and its foreign partners against international terrorism was particularly evident during the events in Syria. The SVR regularly receives a wealth of important information from its partners, which contributes to the successful operation of Russia’s Aerospace Forces in that Arab country. Much of this information comes almost in real time during our joint activities with our partners.

In spite of our differences on the main international problems, the SVR has still been able to maintain cooperation with the intelligence agencies of the United States and European countries.

Unfortunately, the effectiveness of this interaction is being undermined by the unconstructive and sometimes even adventurous position of our Western, primarily American, partners. While paying lip service to the cross-border nature of the terrorist threat and the importance of joining forces in the fight against it, they often provide the radical groups with money, weapons and political cover, using “moderate” jihadist terrorists in operations to unseat regimes which are not to Washington’s liking.

The SVR believes that the continuing spread of well-trained and war-hardened militants to various parts of the world, the "awakening" of "sleeper" cells that has noticeably accelerated recently in a number of countries, their wider use of hard-to-detect methods of terrorist activity, as well as their increased activity on the Internet means that international terrorism remains a long-term threat and, therefore, necessitates increased cooperation against this evil.

Time itself calls not only for new forms and methods of cooperation, but also for an end to efforts to politicize the problem and use double standards in working out ways of its solution. We hope that our partners who still stick to old dogmas will be wise enough to start interacting honestly and constructively.

The list of the most dangerous challenges also includes illegal migration, arms and drug smuggling, which are all the more important due to their clear link to terrorism.

The uncontrolled influx refugees and huge amounts of "drug money" had until very recently allowed the ISIS jihadists to talk about creating a "World Caliphate." These problems have a cross-border nature and require consolidated efforts by the intelligence services of various countries.

In recent years, the issue of cybersecurity has emerged as a new problem, with illegal online activity now seen as one of the five most serious global risks, according to the World Economic Forum. The intelligence services’ increased attention to this problem is particularly due to the fact that information and communications technologies are often used to interfere in the internal affairs of sovereign countries. The coronavirus pandemic has added a new dimension to this problem, stimulating the growth of terrorist activity on the Internet.

Discussion of this problem with our partners shows that practical interaction here is constrained by the lack of pertinent legislating at both national and international levels. Russia's efforts to speed up the adoption of legal provisions that would help avoid conflicts in the information space are being blocked by countries seeking to use their technological edge to ensure their dominance in this area and enforce their own "rules."

The SVR of Russia, like many other intelligence services, is firmly convinced that the only way to radically improve the current state of world affairs is to find a political solution to the crises in various parts of the globe, primarily in the Middle East and North Africa. We all know that flare points, no matter where they are, invariably become a source of challenges and threats.

Back in the early 1990s, when the SVR was outlining its vision of interaction between intelligence services of different countries, the problem of joint crisis management was identified as a key one. Since then, the Service has been making every effort to find solutions to the most complex and long-standing conflicts together with its partners.

Involvement in this process of professionals from the intelligence services, most of whom are sober-minded pragmatists with a deep knowledge of all the ins and outs of the problem at hand, has repeatedly ensured success. In this context, we have every reason to say that interaction by intelligence services in this day and age is becoming an increasingly important element of interstate relations. Suffice it to mention the fact that some formats of interaction to resolve conflicts, developed with the most active participation of the SVR, have been around for many years and proved to be highly efficient.

The activities of Russian intelligence on the partner channel for the release of our compatriots and citizens of other countries who have become hostages or taken prisoner deserve a special mention. The ugly phenomena of sea piracy and human trafficking that still exist in the 21st century underscore the need to increase joint intelligence efforts also in this area.

The time we live in is known as the era of global changes. And with good reason too, because the modern world order is going through a serious crisis. The old centers of power are fading away, making way for new centers of power and bringing about previously unknown challenges and threats that put the whole mankind at risk. This presents a truly strategic challenge to all intelligence services called upon to ensure the security of their countries.

Despite the efforts by the United States and its closest allies to preserve the monocentric world order, more and more people in the intelligence community now realize the need for multi-polarity. This process is long, complex and often contradictory. Firmly convinced that there is no alternative to this, the Russian Foreign Intelligence Service is ready to help make our world a safer and fairer place to live in.