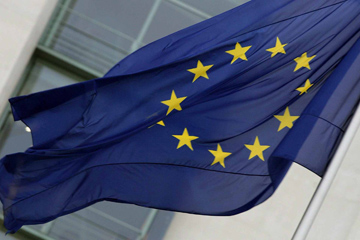 The fund created by the European Union to "support democracy" in third world countries and neighboring countries continues to overgrow with new eloquent details. According to the European Commission, the European Foundation for Democracy (European Endowment for Democracy - EED) is designed to provide cash grants to journalists, bloggers, nonprofit organizations, trade unions, political organizations, including those working in exile. It talks about supporting the opposition in Algeria, Armenia, Palestine, Azerbaijan, Belarus, Egypt, Georgia, Jordan, Lebanon, Libya, Morocco, Moldova, Syria and Ukraine ...

The initiators in the creation of the fund, besides the European Commission, were individual states, including Poland and Switzerland, as well as Deputies of the European Parliament. The initial size of the fund is planned to be 14.2 million Euros. Of this, EUR 6.2 million will come from the European Commission. Switzerland and other countries will allocate another EUR 8 million. According to the Polish newspaper Gazeta Wyborcza, within three years the EED fund is to receive a further 10 million Euros from the EU Commission Treasury.  According to calculations of its creators, the fund should be "fully operational" by mid-2013. The EU High Representative of the Union for Foreign Affairs and Security Policy, Catherine Ashton, is convinced that "the fund comes at a very appropriate time, as 2013 will be the key to a transition to democracy, especially in countries neighboring the EU." A European Commissioner for EU Enlargement Stefan Fule said that the EED will "help to lift players who face barriers to accessing the funds of the European Union."

The idea of creating such a fund is not new. It was first expressed in early 2011, by the Polish Minister of Foreign Affairs Radoslaw Sikorski. Then, uncontrollable euphoria grew in the West about the "Arab Spring." In Brussels, it seemed that this was the right moment to try and redraw not only North Africa and the Middle East, but also the post-Soviet space. For this purpose, it was planned to use a wide range of measures, including large-scale political and financial support for the opposition forces.

But while the idea has been ripening, changes occurred, resulting in a mix up in EU foreign policy priorities. In particular this applies to Belarus - the country in which it was recently announced that the anti government opposition elements will be the most important beneficiaries of the EED fund. However, the direct funding of opposition forces, including the most radical, is contrary to the earlier policy adopted by Brussels of the "Eastern partnership program", in which they also managed to involve Minsk (though the role of Belarus participation in the "Eastern Partnership" is very limited).

The EU has continued a policy of applying political pressure on the government in Minsk for more than fifteen years. The last bilateral document agreed between the EU and Belarus, was the Partnership and Cooperation Agreement, signed in 1995, but never ratified by the European Parliament, which accused President Alexander Lukashenko of authoritarian rule.

Why today in the EU has an urgent need for a costly new mechanism of "democratization" resurfaced, and what did Ms Ashton mean, when speaking about the importance of 2013 in terms of the processes that will take place in the neighborhood of the EU?

One of the main reasons for this is the strengthening of Russian political and financial influence in the former Soviet space. The situation was very accurately described by an analyst from the Polish Institute of International Affairs in Warsaw, Anna Maria Diner, who said that the proposal by Russia for a new project of economic integration, aimed at creating a Eurasian Union based on the Customs Union of Russia, Belarus and Kazakhstan, is a major challenge for the European Union.  Of particular concern to the EU is the fact that Russia's proposal for economic integration with Belarus is the only proposal of this kind, which "does not urge the Belarusian authorities to liberalize the political system." In other words, Moscow, unlike Brussels, does not make financial and economic assistance to Belarus conditional upon interference in its internal affairs.

In these circumstances, the European Foundation for Democracy stands as the only way for Brussels to influence the situation. The first major test of strength of the program funding anti-government elements in Belarus will be, according to Brussels plan, during the parliamentary elections due to take place in the autumn of 2013. The list of tasks which the European Union has set itself is self explanatory. This is a development of the "anti-crisis program" for the opposition candidates, payment for publications in independent Belarusian newspapers, printing of campaign materials, and conducting training sessions for young members of the opposition who will act as election observers.

Thus, the integration of Russia's initiative on Belarus and other former Soviet states has forced Brussels to rush the implementation of plans to destabilize countries of the former Soviet Union. As already mentioned, the list of the post-Soviet countries, where Europe plans to "feed" the opposition, includes, besides Belarus, Ukraine, Armenia, Azerbaijan, and, most notably, Georgia and Moldova, with their pro-Western regimes.

Also the interest of the EED fund to finance the opposition in Egypt and Libya, says a lot. It is clear that not all the events of the "Arab Spring" went according to Western scripts.

All this is more evidence not of a deliberate strategy of the West with regard to post-Soviet countries, North Africa and the Middle East, but to some panic among Western policy makers. Panic is a bad assistant in solving geopolitical problems, especially in these difficult areas. Even Robert Kaplan, Chief Geopolitical Analyst at STRATFOR, is now forced to admit that the events in North Africa and the Middle East began to develop in a much more complex way than originally imagined by Washington and Brussels. In such circumstances, EU policy, which takes the form of direct intervention in the internal affairs of other countries, and is frankly acquiring a subversive nature, can lead to quickly discrediting the EU.