Interview by Foreign Minister of the Russian Federation Sergey V. Lavrov to the International Barents Secretariat's Internet-Portal before the 18th Ministerial Session of the Barents/Euro-Arctic Council, October 22, 2021 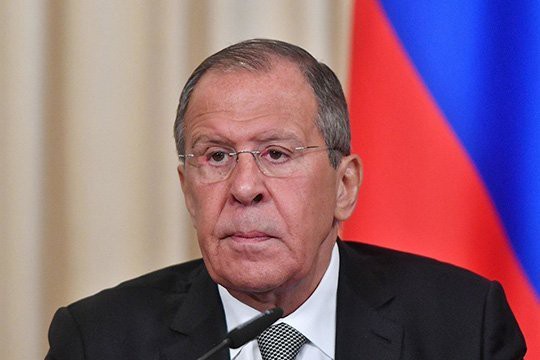 Question: What are the first three things you think of at the mention of the Barents Region?

Sergey Lavrov: The first thing is the traditions of helping each other and being a good neighbor that have been established here. It goes without saying that in the harsh climate and environment of the North economic activity can only be carried out through joint efforts and exchange of experience.

From that we can logically transition to the second thing which is the cross-border cooperation. The Barents Region has achieved a high level of connectivity between neighbors. Cooperation is developing effectively in all major areas. Those include environmental protection, the fight against climate change, transport cooperation, joint rescue drills and communication between the young and between indigenous peoples. The pandemic gave a new impetus to close cooperation in the field of public health. In this regard, I would like to highlight the Conference on Health Cooperation in the Barents Region after COVID‑19 held on 28 September 2021 and other relevant meetings organized during the Norwegian Chairmanship of the Barents/Euro-Arctic Council (BEAC).

Its two-tier structure remains a unique feature of the Barents cooperation. The interaction takes place not only between the governments of the BEAC member countries, but also at the level of administrative-territorial formations within the framework of the Barents Regional Council (BRC). It makes it possible to identify urgent projects and optimally match the priorities of states with the interests and needs of individual regions. In this sense, BRC is a solid foundation that ensures the resilience of the entire framework of Barents cooperation. It is at that level that one can best feel the pulse of cooperation, the real needs and interests of people.

Question: What is the role and significance of the Barents cooperation?

Sergey Lavrov: In the difficult international situation, regional formats of interaction serve as an important channel of dialogue making it possible to discuss common issues for the region in a business-minded and constructive manner and carry out important practical work in the interests of people living here.

In this sense, BEAC is probably the most successful multilateral format of cooperation in the North of Europe as it demonstrates persistent immunity to changing political conditions. Moreover, the scale of cooperation grows every year as it expands to new areas of joint work.

Question: What is your own experience of interactions within the Barents cooperation? Do you have any personal memories of the Barents Region?

Sergey Lavrov: I remember a ministerial session in Kiruna, Sweden, that took place ten years ago. Before the plenary session, the hosts of the meeting gave a tour of a mine belonging to a local mining company. I still remember that morning walk in safety helmets. As the overall impression of the meetings within the framework of the Barents cooperation, they are always warm and can be described as friendly.

Question: The Barents cooperation started in 1993, more than 28 years ago. In your opinion, what are the main achievements of this format of regional cooperation so far?

Sergey Lavrov: Over 28 years, BEAC has become an effective dynamic framework for inter-state cooperation that essentially promotes a unifying agenda on a day-to-day basis. The Council contributes significantly to preserving the North of Europe as an area of stability and good neighborliness. To that we can add quite a few success stories related to the Barents cooperation. Those include elimination of environmental hot spots, development and updating of the Action Plan on Climate Change and the Joint Transport Plan, and the Indigenous Peoples Summit. I hope that sustainable socio-economic development of the region and the creation of comfortable conditions for people living in the North will remain a priority for cooperation in the high latitudes.

Question: What will the Barents cooperation be like in 20 years?

Sergey Lavrov: As a diplomat I prefer to avoid guessing. I would only note that it is important that we do not rest on our laurels but find ways to further diversify the Barents cooperation. That way our joint work in this part of the European North can become even more effective and people centered. I am convinced that it would enable BEAC to remain a successful forum for political dialogue and the success stories mentioned above to be complemented by new ones.

Question: What is the place of the Barents Process in the overall system of Arctic cooperation?

Sergey Lavrov: The Barents Region is often seen as part of the larger Arctic. There is a tendency for its gradual dissolution in the broader formats of Arctic cooperation.

At the same time, the Barents Region has a number of unique characteristics. It is the most populous and the most economically developed region of the Arctic with vast resources, a strong scientific and innovation base and significant tourism potential. Its accumulated experience in cross-border cooperation is probably unparalleled.

However, the overall awareness of this regional model of interaction remains weak. Hence, there is a need to highlight this format within the international framework. In this context, it seems useful to hold thematic sessions on the Barents cooperation during major Arctic events (e.g., Arctic Frontiers in Tromsø and the "Arctic: Territory of Dialogue" International Arctic Forum in Saint Petersburg).

It is equally important to develop our own discussion platforms. In this regard, I would like to mention the "Cooperation in the Arctic" International Session to be held by the Government of the Murmansk Region for the fourth time this year. I would also like to mention the well-established forums in northern Norway: the annual Kirkenes Conference and the High North Dialogue in Bodø.

Question: In May 2021 Iceland handed the Chairmanship of the Arctic Council over to Russia. The Russian Chairmanship focuses on environmental protection, social and economic development and the interests of the people living in the region, including indigenous peoples. What other forms of cooperation and synergies are there between the Arctic Council and BEAC?

Sergey Lavrov: I would like to stress that Russia has consistently supported regional coordination. I refer to strengthening the synergies between all the four Nordic intergovernmental councils (the Arctic Council, BEAC, CBSS, and the Nordic Council of Ministers) and the Northern Dimension partnerships. We believe resuming coordination meetings at the political level to be instrumental in achieving this end.

Question: In 2021-2023 Finland is to chair BEAC, and the Nenets Autonomous District is to chair the Barents Regional Council. After that, 2023 is to see the handover of the Chairmanship of BEAC to Russia. What is your attitude to the principle of continuity in this context?

Sergey Lavrov: We consider that the Chairmanship of the Nenets Autonomous District in the Barents Regional Council is strongly linked with Russia’s national Chairmanship of BEAC in 2023-2025.

During this period Russia is to lead two regional organizations at a time, Barents/Euro-Arctic Council and the Council of the Baltic Sea States. We still have two years to make active preparations, yet I can tell you right now that Russian Chairmanship will focus on improving the relevance of both Councils’ practical activities and making them project-oriented.

It is our intention to work in a spirit of continuity bearing in mind the general aim of promoting sustainable social and economic development in the North of Europe. We support Norway’s and Finland’s course towards strengthening cooperation in education and science. We encourage improving direct contacts between academic communities of the Barents and the Baltic Sea regions.

Question: The COVID-19 pandemic that burst out in 2020 has created numerous obstacles for trans-frontier cooperation. What steps could be taken to mitigate the negative impact of the pandemic on the Barents region?

Sergey Lavrov: To our mind, post-pandemic social and economic recovery is an absolute priority. For example, a possibility of developing a mechanism for mutual recognition of vaccination certificates could be examined.

We also believe that the Murmansk Oblast put forward a useful and timely initiative for the discussion of joint measures to fight the pandemic. It was followed up with four videoconferences titled “Barents region against coronavirus” chaired by the Oblasts’s Governor Andrey Chibis.

Question: Russia maintains bilateral relations with Finland, Norway and Sweden on various levels. What are the role and significance of the Barents cooperation as a multilateral cooperation format for Russia?

Sergey Lavrov: As I have already said, in a complex international environment, regional cooperation formats remain important platforms for dialogue with our Northern European partners and a sort of “safety net” that holds our relations at certain level despite the differences we have.

Regular political dialogue is implemented within BEAC, including in the form of high-level sectoral meetings, which enables our policy-makers get together and discuss pressing issues on both regional and bilateral agenda. This “synchronization” remains fully relevant.

Question: Russia has consistently stated that the Barents region needs its own fund to support projects in the region. What are your expectations in connection with the launching of the Barents Financial Mechanism?

Sergey Lavrov: The Barents process’s substantive nature and focus on specific tasks has always been its distinctive feature. Thanks to the efforts of Norwegian Chairmanship of BEAC, next year the Council is to launch its own Barents Financial Mechanism. Russia was one of the first proponents of this initiative. This new tool will enable BEAC to provide initial capital for the implementation and co-funding of regional projects, first and foremost those that fall within the scope of the Council’s working groups’ activities. Although so far the funding is modest, I believe this to be a meaningful step, without which any noble endeavour would remain nothing but plans on the paper.