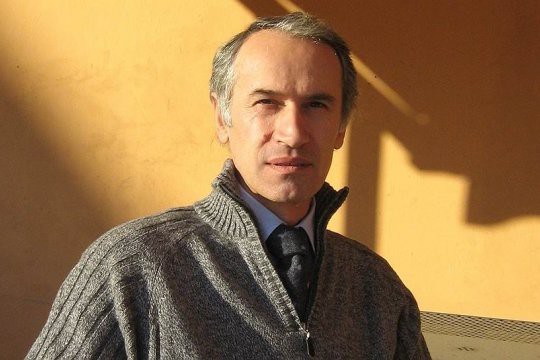 The social tension that pervades Italy, mainly of an economic but also political nature, has remote causes. Let's start with the latter.

In summary, we can say that the Italian political crisis starts from the collapse of the so-called First Republic (1946-1994) and is affected by the geopolitical earthquake originating from the Berlin Wall Fall, the subsequent collapse of the Soviet Union and the advent of the USA as a hyperpower global. Italy, from 1994 to today, has struggled to equip itself with a new ruling class suited to the challenges of the new geopolitical reality; above all, it has encountered difficulties in redefining its national identity and how to value - within the framework of specific national interests - its power factors in the light of the new international horizon. As regards its international positioning, the logic of "Western" interest prevailed among almost all Italian politicians rather than the attempt to increase one's degrees of freedom of action in the new global arena. Furthermore, with reference to domestic issues, the governments of the Second Republic have failed to implement an industrial, economic and fiscal policy in harmony with the needs and expectations of the population and the economic-productive fabric of the country. This weakness has allowed - within the framework of the restructuring of the world economy underlying the process of so-called globalization - its uncritical adaptation to liberal policies (on the other hand conditioned, on the international level, by "external constraints", that is, by Atlanticism and 'European Union) by clumsily proceeding with the liberalization of the internal market, the sale of strategic assets for the country, the encouragement of delocalization policies, the deconstruction of the national pension system and also of the health system one. With this liberal democratic turn, Italy, or rather, the various governments that have followed one another over the past 28 years have broken the "solidarity" tradition that characterized the politics of the First Republic. The internal political debate has progressively focused on short-term issues, however obscured by the growing protagonism of some leaders who - by interpreting politics (i.e. the management of the res publica) in personalistic terms - have polarized the attention of citizens on the clash between them rather than their seemingly conflicting political views.

Despite this, at least until 2007, from an economic and social point of view, Italy has maintained, between ups and downs, an acceptable level of well-being, albeit with a high public debt and with a progressive widening of the social gap. And here we begin to deal, always briefly, with the issue of the economic and social crisis.

The contradiction between the acceptable level of well-being and the high public debt became, in that period, one of the favorite targets of the City of London, whose press did not hesitate to include Italy in the group of so-called PIGS countries (Portugal, Italy, Greece and Spain). With the systemic crisis of 2007 and 2008, Italy gradually became a target of the austerity policies promoted by the European Union. The political-institutional crisis, a trait characterizing the first phase of the Second Republic, now joins the socio-economic crisis. In the international arena, the situation worsens with the emergence, between the end of 2010 and 2012, of the "Arab Spring": The destruction of Libya by France, Great Britain and the USA will deprive Rome, at least until now, of a real and its own Mediterranean policy. Political crisis and economic-social crisis will be the leitmotif of the various international analysts of Italian issues for about a decade.

The pandemic crisis of 2020 aggravates the level of socio-economic criticalities in Italy as well as in several countries of the European Union. On the political-institutional level, the pandemic accelerates the process of changing the paradigm from a "solidarity society" to a “liberal democratic society" one in Italy; moreover, the emergency seems to be a driving force also for an inadvertent informal transition from a parliamentary regime to one that seems to have semi-presidential features. This last feature seems to be evident with the arrival in the government of Mario Draghi, the former president of the ECB, who, on the mandate of President Mattarella, will preside over a government of national unity.

The international crisis between Ukraine and the Russian Federation - actually a crisis between the US-led West and the Federation - is perceived by the government as another emergency (in addition to that one, triggered by the pandemic) to be addressed. In this case too, the Italian government favors the use of the Prime Minister’s decree laws, effectively limiting parliamentary debate.

The total and organic adhesion of the Italian government and Parliament to the western front, in particular the sending of weapons to one of the contenders, takes place without a real debate inside the civil society: it is a decision that is made inside the "rooms of power ". A serious and detailed debate would have allowed the identification of other options more responsive to the traditional Italian policy regarding conflicts. The decision to be in fact a co-belligerent country excludes Italy from presenting itself as a mediator.

The fact that this happened with Draghi as head of the government reopens a question regarding the relationship between the national governments of the member countries of the European Union and NATO on the one hand and the techno-bureaucracy of Brussels, the general secretariat of the Atlantic Alliance, the ECB presidency, the US administration and the Pentagon on the other.

There is a particular narrative in Italy and Europe regarding the former president of the ECB. Mario Draghi is not a politician, selected through public dispute, but a high-profile economist, whose authoritativeness so much mediatized in Italy and abroad, however, has been gained in the exclusive and restricted national and global circles of the economy and finance. In essence, it is a self-referential "authoritativeness" that the national and international media, linked to the decision-making centers of the City of London, Wall Street, Brussels and Washington, have artfully inflated to present him (and therefore give him a popular allure - the SuperMario of Western press) as a man of salvation for Italy and for Western democracy. He is basically a technocrat. His government has amply showed this, as demonstrated by his relationship with the Italian institutions, first of all with the Parliament, but also with the Presidency of the Republic. It is evident that his relationship with the various European and international centers of power has been and is a privileged relationship, when compared with the presidents of the council who preceded him. This privileged relationship is explained because Draghi is undoubtedly an exponent of those centers, instead of using this opportunity for the purposes of national interests and dignity, he decided to work for the interest of the ruling classes and bureaucracies of the West lead by US. For example, if, with regard to the crisis between Russia and Ukraine, Emmanuel Macron and Olaf Scholz, at first tried to find a solution that would reconcile the national interests of their respective countries with the Euro-Atlantic policy of London, Washington and Brussels, Draghi, on the other hand, has embraced the cause of these latter centers of power, becoming one of the most staunch supporters of sending weapons to Kiev and the tightening of sanctions on Russia.

An electoral campaign for the renewal of the Parliament is currently underway in Italy. This election campaign is highly polarized between the two center-right and center-left camps. The trait that links the two sides of the political Italian spectrum is represented precisely by the continuity with Draghi's foreign policy in reference to the Russian Federation. Indeed, if someone expects an appeasement regarding Russia from parties such as Lega (leader Matteo Salvini), Fratelli d'Italia (leader Giorgia Meloni) and Forza Italia (leader Silvio Berlusconi), they are very wrong. Paradoxically, precisely the parties that have been considered associated, rightly or wrongly, in the context of the Italian political dialectic, with the Kremlin, reiterate in different tones - but continuously - their support for the Euro-Atlantic alignment. This should not be surprising: whoever goes to the government after the elections on 25 September must be liked by the centers of power in the Euro-Atlantic area. There will therefore be no room for those politicians who dare to link the worsening of the economic crisis with Italy's accession to the sanctioning regime.

As far as support for Kiev is concerned, Rome will continue in the wake of the Draghi government. With reference to the specific issue of sending weapons, I believe that an assessment will be made and decisions will be made that could limit, or even suspend, the shipment. However, this can only happen in agreement with the Euro-Atlantic decision-making centers or with specific agreements with some countries of the European Union. It is unlikely that Rome will be able to take a unilateral decision on its own, which is so important for the Euro-Atlantic coalition. Should the hypothesis of a suspension of the shipment of weapons come true, due to political or economic or technical causes, Italy will support Ukraine by other means, given its loyalty to Euro-Atlantic policies: I am thinking of health care, civil protection, the management of European programs for the reconstruction of the country.

The two external crises - the pandemic one and the current conflict between the West and the Russian Federation - seem to have accelerated the evolution of the European Union into a self-referential super techno-bureaucracy. Over the past three years, the executive class of the Union has increasingly been characterized as a veritable oligarchy. In the face of a democratic rhetoric Ursula von der Leyen's Europe appears increasingly distant in the eyes of the European citizen; decisions taken by Brussels are increasingly incomprehensible and far from the interests of Europeans. Even the management of the techno-bureaucratic apparatus itself often appears opaque, of which the responsible interlocutors of the various European regions that manage or benefit from Union programs are direct witnesses.

On the defense front, Brussels, perched on itself, is forced to share collective security choices and its commitment to NATO. In recent months, all observers have been able to detect the passage from the paradigm of the so-called "strategic autonomy", that is to say the formation of a European army, albeit anchored to the Atlantic security system, to the strengthening - with the approval of Washington and London - of the NATO and the subordination of European defense arrangements to the General Secretariat of the Atlantic Treaty Organization. As proof of the fact that the Union is managed by a self-referential super techno-bureaucracy, linked to the Euro-Atlantic centers of power, Brussels has not taken into account the option of neutrality which would certainly have strengthened the "strategic autonomy" project and, potentially and perhaps accelerated the peace process of the conflict.

On a more strictly political, or rather geopolitical level, the European Union currently constitutes a cornerstone of the geopolitical conservative pole headed by the USA determined to prolong Washington's hegemony over the entire planet, without taking into account the opportunities that a new architecture multipolar, since it is based on a more equitable and wider distribution of world power, it could offer to the Union.

There is a gap between the political class and the population. The leaders themselves are aware of this in the first place. Disaffection with "politics" has also increased in that portion of the electorate that voted in 2018 for the so-called sovereign and populist parties such as the Lega and the 5 Star Movement.

According to the polls, the Italian population seems very skeptical about supporting Ukraine by sending weapons. However, now, the concerns of Italians are polarized by the election campaign and the worsening of the economic crisis.