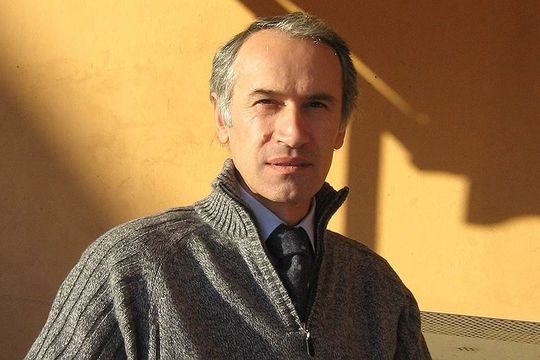 Q: NATO is going to reconsider its Strategic Concept for the 4-th time since its establishment (1949, 1991 and 2010). Is there consensus on that among the member states?

A: Up to now, the various reformulations of the NATO Strategic Concept have had as a priority objective that of safeguarding the geostrategic interests of the USA, that is to say the main shareholder of the NATO club. These interests will also be maintained in the new redefinition. However, it must be considered that the international situation has changed a lot in the last ten years. The presence of China as a global player, both in economic and geopolitical terms, poses new challenges to US hegemony in the Pacific and also in Europe, due to the New Silk Road project. To this we must also add the resilience shown by the Russian Federation in countering, at least in political and diplomatic terms, Western expansionism towards its European borders and in the Caucasus. France and Germany, for different and mainly national reasons, seem to take great account of the opportunities offered by the changed international framework. Indeed, despite US advice and pressure, the two main European countries have maintained positive relations with Moscow and Beijing. So, to answer your question, Berlin and Paris will try to assert their point of view in redefining NATO's new Strategic Concept. Another important country that will most likely try to make its voice heard in the redefinition of the Strategic Concept will be Turkey, a country that the US considers unreliable.

Q: The revised Concept of Strategies declares the necessity of a bigger budget. Do all the NATO members agree on that?

A: The US request to increase the budget has two purposes, equally essential for the survival of the Alliance: a) greater assumption of responsibility by member countries, in particular, of course, European ones; b) an increase in NATO operations in the military and diplomatic fields. I believe that NATO member countries, each on their own, will try to negotiate their own economic participation, and reduce Washington's claims.

Q: In the new Concept – if adopted − Russia is named “the adversary number one”. Does it mean the new Cold War?

A: Actually, it is at least since 2014, that is to say when the crisis relating to Crimea begun, that the main US think tanks have been promoting, with some insistence, the idea of a new cold war. In addition, it is at least since that year that a form of russophobia has gradually developed and increased on the main media of the so-called Western system. Russophobia is aimed at arousing in Western populations the necessary psychological preconditions of distrust, useful for their mobilization towards the alleged Russian "adversary" and the acceptance of potential "crusades", including military ones, against the Russian Federation. The US has therefore been promoting the essential ingredients of a hybrid war (communication, persuasion, soft power) against Russia for over six years. Through NATO's new strategic concept, the US is simply sharing its national strategy against Russia with members of the NATO club. The US idea of ​​the "Russian adversary", through the new strategic concept, is, so to speak, institutionalized and globalized.

Allegedly, one of the topics of the NAC discussions was change of climate. Does NATO aim to include Arctic into its agenda and confront Russia’s role in the region?

During the Cold War, the Arctic was an area of constant tension between NATO and the USSR. The tension lasted until 1987, when, with the Murmansk initiative wanted by Gorbachev, an attempt was made to transform the Arctic area into an area of peace and cooperation. However, despite the constitution of the Arctic Council (1991), which undoubtedly accompanied and helped the de-escalation process between NATO and the Russian Federation in the High North, the Arctic remained a strategic area for the NATO agenda. This importance of the Arctic in NATO's strategy was reiterated, for example, at the 2016 Warsaw Summit. The presence of China and India as permanent observers (2013) in the Arctic Council has most likely led NATO to redefine its own strategy in the High North also with an anti-Russian function.