Investment flows to Europe down by half 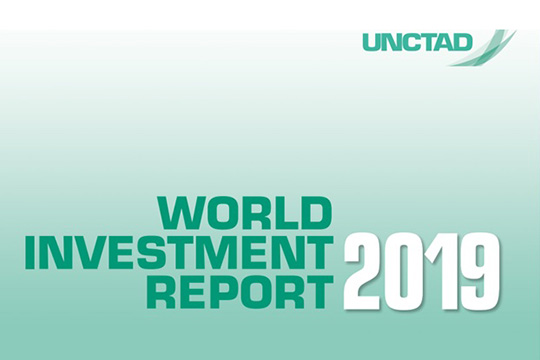 Despite global foreign direct investment (FDI) flows sliding for the past three years, the authors of an annual United Nations Conference on Trade and Development (UNCTAD) World Investment Report, presented in Moscow by the acting director of the Russian Academy of Sciences’ Institute of Scientific Information on Social Sciences (INION), Alexei Kuznetsov, forecast a certain upswing in 2019.

“We expect [investments in Europe] to rebound, and the increase in greenfield project announcements shows that FDI growth is indeed poised to recover,” (James Zhan, director of UNCTAD's division on investment and enterprise).

The United States remains the main attractor of investments ($252 billion), with China and Hong Kong trailing behind with $139 billion and $116 billion respectively. (UNCTAD report)

Experts explain last year’s decline in the developed nations’ investment attractiveness by the repatriation of accumulated earnings by US multinational enterprises (MNEs) following US tax reforms. According to these specialists, FDI flows have dropped by half, down to $172 billion. The biggest drop was in Switzerland and Ireland, with direct foreign investments into Britain shrinking by a hefty 36 percent to $64 billion. Whether Brexit will materially affect FDI in the long run remains to be seen though.

UNCTAD analysts believe that this could be due more to the de-offshorization of the Russian economy than the sanctions policy. Thus, moving Russian companies registered in Cyprus back to Russian jurisdiction inevitably results in a decline in foreign investment figures.