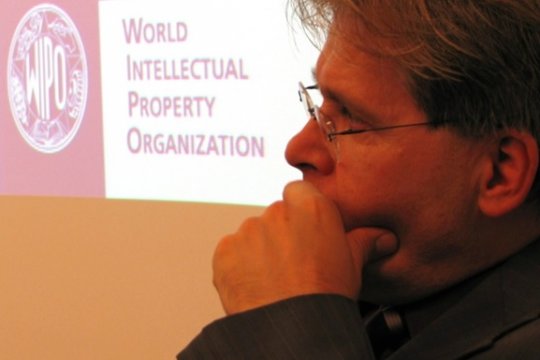 The major new report from the United Nation’s Intergovernmental Panel on Climate Change (IPCC), released in Korea on October 8 (2018), is nearly 800 pages long and includes more than 6,000 scientific references. However, it can be summarized in just few sentences with absolutely horrific implications:

A 1.5°C increase, likely by 2040, would make things worse. A 2.0°C increase will be far worse than that. Only radical socio-economic and politico-diplomatic change can stop catastrophe. The world’s leading climate scientists have warned that only a dozen years are left for global warming to be kept to a maximum increase of 1.5°C. Beyond that an irreversibility effect would be set in motion: even half a degree increase will significantly worsen the risks of drought, floods, extreme heat, hence poverty for hundreds of millions of people.

To avoid the most serious damage requires transforming the world economy within just a few years, said the authors, who estimate that the damage would come at a cost of a fantastic, and rather fracturing, $54 trillion. This transformation goes – of course – beyond what we usually label as ‘economy’. It will require a change of entire human dynamics; modes and preference of how we extract, manufacture, distribute, consume, spend, live, travel, power all that, think of and teach about it.

Clearly, the deeper massage of this IPCC Report is that there is no risk-free level of climate change.

Unholy war against everything beautiful on this planet

Nevertheless, for the informed and willing, all was clear already with the Rio summit. Back then, I was quick to react: it was me being among the very first in Europe to conceptualise and introduce (and set as obligatory) the subject of Sustainable Development (along with Environment Ethics) in the universities of Europe. Thus, for the past two decades I’ve been teaching my students that: “Currently, the amount of crops, animals and other biomatter we all extract from the earth each year exceeds what such a small planet can replace by an estimated 20% – meaning it takes almost 14,4 months to replenish what we use per annum – in consecutive 12 months – deficit spending of the worst kind.”

Lecture after lecture, generation after generation, decade by decade, I have sought to educated my students that: “Through pollution and global warming are legacies of products, processes and systems designed without thought to the environmental consequences, cohesion of international community along with rapid introduction of new international policiesand strategies in a form of clean practices and technologies holds the solutions (e.g. promoting greater coherence between energy, research and environmental policies). Since the environmental degradation (incl. the accelerated speed of extinction of living species – loss of biodiversity) knows no borders – the SD (Sustainable Development) is a matrix of truly global and timeless dimensions.”

In the meantime, the Climate Change nihilists and prepaid lobbyists dominated media and our entire social narratives by accusing this sort of constructivism and predictive education as an environmental alarmism and scientific sensationalism. This is how we lost almost three decades from Rio over Johannesburg, Copenhagen, Kyoto and Paris to come to our current draw: an abyss of “only 12 years left” diagnosis.

How shall we here and now reconcile our past optimism about the possibilities and the current pessimism about our probabilities? How to register our future claims rapidly and effectively on preservation of overall human vertical when we systematically ridiculed and dismissed every science short of quick profit (or defensive modernization), when we pauperized and disfranchised so many people on this planet in the past few decades like never before in history?

Hence, rapid and far-reaching changes to almost every facet of society are needed to avoid catastrophic climate change, reforms far beyond anything governments are currently either doing or planning to do. Additionally, it requires complete reversion of our life styles and socio-economic fashions, passions and drives – e.g. elimination of “here-us-now” over-consumerism of everything tangible and non-tangible.

Are we able to mobilise our socially fractured, and anti-intellectualised globe that fast and that solid?

The world must invest $2.4 trillion in clean energy every year through 2035 and cut the use of coal-fired power to almost nothing by 2050 to avoid catastrophic damage from climate change, according to scientists convened by the United Nations. That of course includes elimination of oil and gas from our Primary Energy Mix (PEM) as well as total eradication of the ICE-powered cars (both diesel and petrol). All that is required within the following decade.

Which kind of existential stress this new “Cambrian explosion” will cause on adaptive and non-adaptive inorganic clusters and systems of our biota, and its group dynamics? What impact it will have on the traditionally automotive-industry leaning regions, and what on aviation industry – which, at least when comes to continental Europe, could have been grounded decades ago – since even at our current technological level, railroad transportation would be cheaper faster safer than using planes?

What implication does it bring to the extremely crude-export dependent Middle East, which is situated in a center of our planet but at the periphery of human progress?

Finally, who will invest to such a change – either into the emissions reduction or into the carbon sequestration and other NETs (negative emissions technologies)?[1] The insurance and RE (reinsurance) industries are on a brink of ‘impossibility to perform’ clauses – as the severity and frequency of (the so-called) ‘natural occurrences’ (such as floodings, hurricanes, wet monsoons, conveyer belt currents and temperature shifts,  glacier retreat, etc) makes the insured case incalculable and unpredictable.  The link between Climate Change and global financial crisis triggered by the insolvency of major investors is thereby established. This is to name but few of numerous implications and unanswered dilemmas yet even unasked question.[2]

No doubt, our crisis is real, but neither sudden nor recent. Our environmental, financial and politico-economic policies and practices have created the global stress for us and all life forms of this planet. Simply, our much-celebrated globalisation deprived from environmental and social concerns, as well as from a mutual and fair cooperation (instead of induced confrontation and perpetuated exclusion) caged us into the ecological globalistan and political terroristan.

(Acidifying of oceans and brutalization of our human interactions are just two sides of a same coin. What is the social sphere for society that is the biosphere for the very life on earth, since what what we euphemistically call anthropogenic Climate Change is actually a brutal war against nature. To this end, our so-called ‘entertainment industry’ is nothing else but a lame utilization of ignorance for an excuse.)

The world based on agreed principles that – besides businesses and governments – involves all other societal stakeholders, re-captured global cohesion and commonly willing actions is not a better place. It is the only way for the human race to survive.

Deep and structural, this must be a crisis of our cognitivity. Thus, the latest Climate Change (CC) Report is only seemingly on Climate. It is actually a behavioristic study on (the developmental dead end of) our other ‘CC’ – competition and confrontation, instead of cooperation and (all-included) consensus.

Simply, it is the Report on our continued global Jihad against the cognitive mind.

Author is chairperson and professor in international law and global political studies, Vienna, Austria.  He has authored six books (for American and European publishers) and numerous articles on, mainly, geopolitics energy and technology. For the past decades, he has over 1,200 hours of teaching on the subject Sustainable Development (Institutions and Instruments).

Professor is editor of the NY-based GHIR (Geopolitics, History and Intl. Relations) journal, and editorial board member of several similar specialized magazines on three continents.

IPCC (2018), Global Warming of 1.5 °C (an IPCC special report on the impacts of global warming of 1.5 °C above pre-industrial levels and related global greenhouse gas emission pathways, in the context of strengthening the global response to the threat of climate change, sustainable development, and efforts to eradicate poverty), Special Report Geneva (Korea, 48th Session of the of the Intergovernmental Panel on CC)

Bajrektarevic, A. (2013), Is There Life After Facebook, AAA New York

[1] As it appears, it is already too late for the emissions-reduction technologies. The cheapest and least technology-intensive way of sequestration is re-forestations. But other technologies are here too; e.g. ‘direct air capture’ or carbon mineralisation.- This can go hand in hand with a new administrative measures such as the CORSIA (Carbon Offsetting and Reduction Scheme for International Aviation), etc.

[2] Still today, sustainability is lacking an operational definition: There is a controversy whether to consider a human-made capital combined with a natural capital (weak sustainability) or separately (strong sustainability). The central to this question is to which extend a human capital or rather technology can substitute the loss of natural resources.