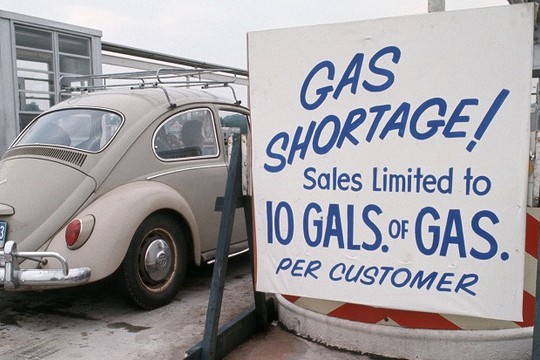 Russia and Iran are building the foundation for a potential natural gas cartel, writes “Oilprice.com”.

“The Russia-Iran alliance aims to control as much of the two key elements in the global supply matrix as possible”. (They finally admitted it).

“Gas is widely seen as the optimal product in the transition from fossil fuels to renewable energy, so controlling as much of the global flow of that will be the key to energy-based power over the next ten to twenty years", according to a senior source who works closely with Iran’s Petroleum Ministry, informs “Oilprice.com”.

The  $40 billion dollar memorandum of understanding signed last month between Gazprom and the National Iranian Oil Company is a stepping stone to enabling Russia and Iran to implement their long-held plan to be the core participants in a global cartel for gas suppliers in the same mold as the Organization of the Petroleum Exporting Countries (OPEC) for oil suppliers.

With a foundation in the current Gulf Exporting Countries Forum, this ‘Gas OPEC’ would allow for the coordination of an extraordinary proportion of the world’s gas reserves and control over gas prices in the coming years. Occupying the number one and number two positions in the world’s largest gas reserves table, respectively – Russia with just under 48 trillion cubic meters and Iran with nearly 34 trillion cubic meters – the two countries are in an ideal position to do this.

The Gazprom, as initially analyzed by OilPrice.com, contains key elements that are geared towards the build-out of a ‘Gas OPEC’.

The Russia-Iran alliance, wants to control as much of the two key elements in the global supply matrix – gas supplied over land via pipelines and gas supplied via ships in liquefied natural gas (LNG) - as possible.

From a top-down perspective, the Russia-Iran alliance is focused on drawing in the overt or covert support for the Gas OPEC construct from other major producers in the Middle East regarded as undecided in committing to the Russia-Iran-China axis or to the U.S.-Europe-Japan axis.

Now they will get gas custody like “Gas OPEC”, led by Russia and Iran, who have the largest gas reserves in the world.