Iran: how to keep the nuclear deal alive 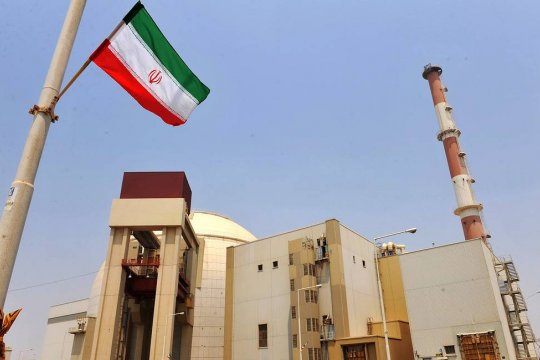 The situation around the Iran nuclear deal (Joint Comprehensive Plan of Action - JCPOA) is getting worse every day as US President Donald Trump and his administration keep ramping up and diversifying financial and economic sanctions against Tehran. Speaking at a summit of Islamic states held in Kuala Lumpur (Malaysia) on December 19, Iranian President Hassan Rouhani said: “The Islamic Republic of Iran has been under oppressive sanctions of the United States of America. Recently, they were seeking the collapse or surrender of the Islamic establishment through the imposition of the heaviest sanctions or so-called crippling sanctions. While only since May 8, 2018, when the US withdrew from the nuclear deal, more than 93 sanctions measures have been imposed on Iran…” [i]

On May 8, 2019, exactly a year after the United States pulled out from the JCPOA agreement, Tehran, tired of waiting for a solution to the problem, started gradually cutting down its commitments under the nuclear deal. Stage 4 of these reductions will be completed on January 6, 2020. During the intervening period, Tehran has managed to rebuild a significant portion of its nuclear infrastructure. The permissible amount of its stored enriched uranium and heavy water has been increased, the enrichment level has risen to 4.5 percent from 3.76 percent before, more advanced and efficient centrifuges have been introduced into the test stage and used in production - a measure banned by the JCPOA – and the process of uranium enrichment at the Fordo plant has been resumed, which also violates the terms of the 2015 nuclear accord. [ii]

During the next, fifth, stage of reduction of its compliance with the terms of the landmark nuclear deal, Iran may resume uranium enrichment to 20 percent – an alarming situation that could put the Islamic Republic on course to obtaining 90 percent weapons-grade uranium. [iii]

For fairness sake, however, it should still be borne in mind that Tehran’s reaction to Trump’s unfaithful moves is fully in line with Article 26 of the JCPOA, which stipulates that Iran will consider a re-introduction of sanctions or introduction of new sanctions pertaining to its nuclear sector as enough reason for complete or partial suspension of its commitments under the nuclear accord. [iv]

This is exactly what Iran is doing now.

Moreover, Russia’s envoy to the EU, Vladimir Chizhov, has gone on record saying that: “It should be admitted that everything the Iranians have done so far [in terms of non-compliance with the requirements of the JCPOA - V.S.] is reversible. One should give them credit: they think through their every step and are not doing anything which could not be reversed." [v]

The Iranians are clearly taking their time, hoping for the better and avoiding a final breach of the nuclear accord, even despite their increasing loss of faith in Europe’s ability to stand up to the US sanctions against Tehran and keep the JCPOA alive.

With the year 2019 on its way out, however, Vladimir Chizhov believes that a “critical moment” has arrived. [vi]

And it certainly has, as the continued US policy of bringing "maximum pressure" to bear on Tehran, leaves no chance for dialogue. Under the circumstances, Iran will definitely refuse to engage in humiliating talks with Washington on resuming the JCPOA. Iran’s supreme leader, Ayatollah Khamenei, has repeatedly said that as long as the US sanctions remain in place, there will be no talks with Washington.

In recently televised remarks, Russia’s Foreign Minister Sergey Lavrov said that “Iran can’t be treated in a way Washington is trying to do. Not just flagrantly violating the United Nations Charter, refusing to implement the binding United Nations Security Council resolution but rudely addressing demands to Iran, a country with a millennia-old civilization, traditions and immense self-esteem." [vii]

Meanwhile, many “hawks” in the United States see the October mass protests in Iran, sparked by gasoline price hikes, as a sign of the US sanctions taking their toll. They believe that even if the Iranian regime survives, it will still be shaken to a point when, bending under popular pressure, the country’s authorities will be forced to come to the negotiating table. [viii]

In this case, the United States will be ready for dialogue (on its own terms, of course). Until this Iranian “surrender” happens, however, the Americans will keep their sanctions in place, all the more so since the situation with Donald Trump’s continuing impeachment saga in Washington is doing little to ensure such a political decision, so important for the ongoing political struggle inside the United States.

All this means a no-go situation relative to the survival of the JCPOA agreement.

What needs to be done?

This is something all the authors of the JCPOA deal, with the obvious exception of the US, are concerned about. (Well, who knows, maybe during a rare break in the ongoing tug-of-war around his proposed impeachment, President Trump might be giving a thought to the Iranian problem after all).

Even though the outcome of that meeting was not made public, it still can be assumed that a very important moment is coming not only for the JCPOA, but for the entire security system in the Middle East (if it still exists) as well.

What is crystal clear, however, is that the problem of the 2015 nuclear deal must be solved without any further delay, as the whole process is now approaching the “go/no-go” point, as pilots say during takeoff. Now is the   time to decide whether to save the JCPOA or let it fall apart with unpredictable consequences. Besides, there are certain things limiting the time frame for a possible mutual agreement.

The first is January 6 - the start of the fifth stage of Iran’s reduction of its compliance with the nuclear accord. Cautious as it is to make a “soft” way out of the JCPOA, and its desire to maintain a face-to-face dialogue, [x] Tehran’s next step in reviving its nuclear infrastructure could sow panic even among Europeans who are critical of Washington’s sanctions against Iran, resulting in the EU joining the US sanctions that it hates so much. This will mean a return to a dangerous confrontation with Iran.

The second one - other milestones are positioned closer to February 21 – is the day of parliamentary elections in Iran. It is clear that if the present state of things continues, President Rouhani and his supporters’ chances of faring well in the polls will be close to zero. Their radical opponents in the newly-elected parliament will be doing all they possibly can not to engage in any dialogue with the American "shaitan" and rule out any concessions regarding the country’s withdrawal from the JCPOA, which will effectively render the milestone agreement null and void.

Moreover, the parliamentary opposition will certainly try to further undermine President Rouhani’s ability to build consensus as part of a much-needed deal with Washington.

How to prevent this happening?

Well, perhaps one way of doing this could be to get back to and adopt a roadmap proposed by the French President Emmanuel Macron this past fall, which provided for a $15 billion loan to Iran for trade and economic operations and a permission to export at least 700,000 barrels of oil a day. [xi] According to various sources, Iran is currently selling between 100,000 to 350,000 barrels per day.

In addition, in October, France and Japan proposed a joint plan to give Iran with a loan of about $18.4 billion to be secured by oil if Tehran returns to full compliance with the Joint Comprehensive Plan of Action on its nuclear program. [xii]

Implementation of these plans will certainly require a more active and focused effort by diplomats from many countries, concerned about the situation around the JCPOA and in the Middle East as a whole, above all France, Japan and Russia, which are acting as mediators, or, rather, peacekeepers in the standoff between Iran and the US. How to convince President Trump and President Rouhani of the need to adopt such a plan?

First of all, if implemented, this project will not destroy the system of US sanctions and will actually help the Trump administration to “save face” amid its aggressive confrontation with Tehran. As recently as in September, Donald Trump was almost ready to agree with Macron, but backed off following rocket attacks on Saudi oil facilities, which Washington was quick to blame on the Iranians. Unfortunately, the political situation now existing in Washington has seriously complicated the diplomatic efforts to keep the JCPOA alive.

In Iran, all final decisions are made by the country’s supreme leader Ayatollah Khamenei, but local JCPOA supporters could present Macron’s idea as a crushing defeat for the country’s sworn enemy, the global hegemon and the most powerful imperialist force around. Such an interpretation would make it possible for Tehran to curry public support for such a settlement plan. In this case, Ayatollah Khamenei would most likely endorse this whole idea and, by extension, the idea of a dialogue with the United States.

All this being said, Macron’s plan, backed by all signatories to the JCPOA (minus the US), and many other countries, is still a necessary, but temporary measure.

The plan does not ensure the preservation of the nuclear deal, but it still allows postponing the final and destructive moves by both Iran and the EU that could seal the fate of the 2015 nuclear accord. Macron’s plan wins some additional time for dialogue between Iran and the United States, and offers an opportunity to work out more reasonable and mutually beneficial options for resolving the conflict around the JCPOA in the best long-term strategic interests of the United States, Iran, and other countries of the Middle East, in the interests of preserving and safeguarding the nuclear non-proliferation regime.

[x] In Iran, ways of engaging in dialogue with the US are discussed in local media, in private conversations and even in the highest echelons of the establishment.