Iran: Which way to go? 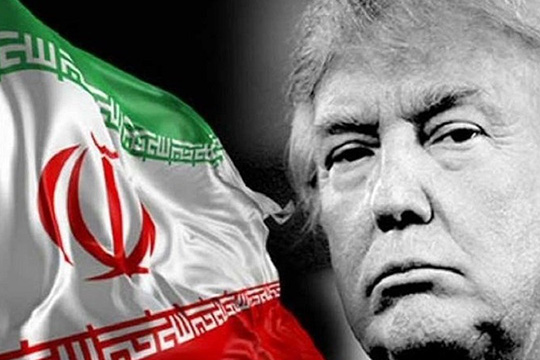 The US withdrawal from the Joint Comprehensive Plan of Action (JCPOA), seriously hampered the chances for keeping the landmark accord in place.

The accord, signed in 2015 by the P5+1 group of countries — China, Germany, France, Russia, the United Kingdom and the United States — with Iran, requires Tehran to maintain a peaceful nuclear program in exchange for sanctions relief.

According to the IAEA, Iran strictly abides by the terms of the JCPOA, while the international community is unable to do the same, no matter how much politicians in the EU and other countries would like to stick to its provisions - all because of US pressure.

Sadly, the United States has financial and economic levers to punish not only Iran, but also foreign companies doing business with the Islamic Republic. Given the choice of either maintaining business relations with the US and the rest of the world or with Iran alone, there is little wonder which of the two options they will go for. This doesn’t necessarily mean that they will do this under US pressure. Business always goes where the money is and sticking with the US looks a more profitable way to go. This is exactly what business-savvy Donald Trump is staking on.

In 2018, some 100 foreign companies, including big ones as Shell, Volkswagen, Daimler, Peugeot, Airbus, Total, PSA, Siemens, and Russia’s LUKOIL and Zarubezhneft, started pulling out of Iran even before the US sanctions, announced by President Trump in May, actually took effect. [1]  However, although bending under Washington’s pressure, the authors of the 2015 Iran nuclear deal (Russia, China, Britain, France and Germany) as well as the European Union as a whole and many other countries around the world are still interested in keeping the nuclear accord alive. Why?

First, the JCPOA is a truly historic document which, possibly for the first time ever (not mentioning, of course, the Treaty on the Non-Proliferation of Nuclear Weapons - NPT) has curbed the nuclear ambitions of a particular country and put its nuclear program strictly in line with international laws and IAEA requirements. This is a vivid example of the world countries’ effective diplomatic work, which created a precedent of genuine confidence of the parties for the sake of preserving the nuclear non-proliferation regime.

Secondly, Iran a leading player in the volatile region of Western Asia, which incorporates the Middle and Near East, the Caucasus, the Caspian Sea zone, and Central Asia.

Thirdly, it should be borne in mind that Iran is a powerful source of hydrocarbons, and that its territory is an important transit route for oil, natural gas and other products to the world market. A well-educated population and a relatively developed industry and agriculture attract the attention of world business. In addition, the 70-million-strong Iran, which boasts one of the world’s biggest militaries, is an important factor in West Asian and world politics.

What needs to be done to resist US sanctions and, thereby, save the JCPOA?

To solve this complex task, Iran and all countries willing to preserve the accord, above all Britain, France, Germany and the EU as a whole, should work together. This is already being done now with the direct and active participation of Russia and China.

Today, the main priorities are:

Providing legal assistance to companies doing business with Iran. The practical implementation of the EU-declared blocking statute [2], which declares null and void US sanctions against Iran on its territory, prohibits European companies from observing them, as well as implementing any decisions by foreign stemming from these sanctions. The blocking statute also allows European organizations to take legal action to make up for the losses incurred as a result of the implementation of sanctions at the expense of persons who caused these losses (meaning the US government).

It is also necessary to establish an independent payment system that would safeguard European businesses against US sanctions on Tehran (a special purpose vehicle, SPV, to facilitate financial transactions with Iran) with the possible involvement, among others, of the French and German central banks.

The EU is creating a special legal entity to carry out transactions with Iran. Other participants will be able to join in, which will allow European companies to work with Iran in keeping with European legislation – something like the SWIFT banking system, only on a European scale and based on the euro.

This will be an extremely difficult task for Europeans, both from “political” (a real challenge to the US) and technical standpoints. EU foreign policy chief, Frederica Mogherini, said: “The involvement of the Finance Ministers of the E3 [France, Germany, UK] is of key importance at this stage. They are working hard to finalize it. I cannot tell you a date, but I can tell you that work is continuing and is progressing in a positive manner."

In his turn, Russia’s Deputy Foreign Minister Sergei Ryabkov said that this was fraught with problems.

“We need to redouble our efforts here and this is what we are doing now with both Europeans and Iranians.”

Meanwhile, the Iranians, who have so far been strictly implementing the terms of the 2015 nuclear accord, are losing faith in the EU’s ability to resolve the problem. Therefore, it may take several months to see whether this plan is really working.

Speeding up the process of shifting to the use of national currency in trade with Iran (primarily by Russia, China, India, Turkey, which have done this before) would be of much help to Tehran.

In order to move around the financial and banking hurdles erected by the United States, it would be advisable to enlist the help, whenever possible, of Islamic banks in Muslim countries for cash transactions to and from Iran. The Islamic banking system has its specific features that are hard to destroy from the outside, even by a financial superpower like the United States.

Therefore, it would be equally desirable for the EU to provide legal and financial assistance to small and medium-sized companies in Europe, which are willing to do business with Iran, and to shift the main load from big companies to medium and small firms for financial transactions with Iran in Euros. Even though they will hardly be able to completely replace the giant companies, small and medium-sized firms have all they need to offset at least part of the losses. According to Iranian estimates, Tehran hopes to establish business relations with many of the 23 million or so small and medium-scale enterprises in Europe in order to circumvent US sanctions. Moreover, Iran has good experience in getting around tough sanctions between 2012 and 2016.

What can Tehran do under these circumstances?  First and foremost, it should establish a business triangle of Iran-EU, Islamic banks and Islamic small and medium-sized businesses, build close trade and economic partnership with European and other small and medium-sized businesses. This is quite feasible because the Americans will find it hard to keep an eye on a huge number of enterprises, much less trace their transactions in Euros, especially if the European Union contributes to suchcooperation with Iran.

Iran’s Supreme Economic Coordination Council recently allowed the country’s private sector to sell crude oil abroad as a way of circumventing US sanctions. This is the first time the Iranian private companies have been granted permission to trade in oil. Tehran should avail itself of this opportunity as soon as possible.

As for Iran’s time-tested methods of tackling sanctions like, for example,  the use of “ghost” oil tankers, which switch off their automatic identification system (AIS) transmitters not to disclose their route and destination, as well as selling “unrecorded” oil at reduced prices, I can assume that these methods have been used before and are being used today.

It seems that, in view of the situation at hand, Tehran should also recall its oil-for-goods project with Russia, prepared back in 2014, whereby Iran supplies oil to Russia (at least 100,000 barrels per day - about 5 million tons a year) in exchange for industrial equipment and machinery. Four years ago, the plan was never implemented in full because Iran, already withdrawing from the sanctions regime in keeping with the JCPOA, was no longer interested in it.

There was only one shipment made in November 2017, to the tune of 1 million tons. The project could be revived now. Russia’s Promsyryeimport, which is part of the Russian Energy Ministry and was created expressly with this project in mind, will implement the Russian side of the deal.

A program of developing two Iranian oil fields, Aban and Peydar, by Promsyryeimport (which replaced Zarubezhneft) and Iran’s Dana Energy Company, could also be considered.

Overall, the across-the-board cooperation between Russia and Iran against US sanctions could contribute very significantly to minimizing their impact.

Tehran will certainly put to maximum use the great potential of the Islamic Revolutionary Guard Corps (IRGC) [3], which proved so effective during the period of hard-hitting sanctions of 2012-2016 and which controls between 25% and 35% of the country’s economy and 25% of all its capital. [4]

In 2012-2016, the IRGC set up a large-scale system of circumventing the sanctions by controlling considerable "gray" financial flows to, through and out of Iran. IRGC intelligence was gathering information abroad about the “weak” spots in the sanctions system, about the most effective ways of circumventing sanctions, and was also obtaining data on new technologies Iran was not allowed to buy.

Iran and countries opposed to US sanctions against it are looking for ways to ease their impact. Even though completely neutralizing the negative effect of these sanctions will hardly be possible, a certain let-up is quite possible.

In October, President Hassan Rouhani warned that the previous four months had been a difficult time for the Iranians and that the coming few months would be equally hard. He said that the government would make every effort possible to tackle the situation. Meanwhile, Tehran says it will stick to the terms of the JCPOA as long as its other signatories (save for the US, of course) do the same. Can they do this?

The situation is complex and unpredictable. For Iran, much will depend on whether the JCPOA is kept alive without the US, if Tehran is able to maintain, albeit limited, financial and economic cooperation with foreign countries, primarily with small and medium-sized businesses, and whether it is satisfied with the results of this cooperation.

How will the sanctions, and especially the fall in oil production and exports, affect the national economy and the life of ordinary Iranians? A good question, given the impact the internal political situation can have on the alignment of political forces in the country.

The outcome of this struggle may not take too long coming. Maybe six months, when a European mechanism against Washington’s unlawful withdrawal from the JCPOA and the resumption of its sanctions on Iran is already in place and the deadline set by President Trump for the eight importers of Iranian oil has expired.

The opinion of the author does not necessarily reflect the position of the Editorial Board.

[1] Zarubezhneft sold its assets in Iran to Promsyryeimport, which is part of Russia’s Energy Ministry. In November, the US Treasury Department put Promsyryeimport in its sanctions list.

[2] The blocking statute was implemented only once, in November 1996, in response to US extraterritorial sanctions against Cuba.

[3] IRGC is not only a powerful military-political, ideological, police and intelligence organization, but also an all-embracing financial and economic establishment.