Iraqi Kurdistan, and the Future of the Russian Gas Business 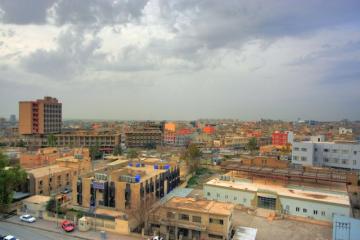 Although the Iraqi government had long been opposed to oil exports from Kurdistan, the region transported oil abroad relying on its own legislation.

A corresponding standard act has not been adopted yet, but over the past few years the Kurdistan Regional Government (KRG) has signed a series of production sharing agreements with two dozens of foreign companies all over the world.

Formerly, Iraq's northern region was involved only in crude supplies but now it has been developing its gas fields, which are said to be as rich as oil ones. Currently, Kurdistan's oil reserves are estimated at 45 billion barrels and are likely to increase up to 115 billion with the exploration of 11 new wells planned for the next few years. Besides, the region is said to be rich in 2.83 trillion cubic meters of gas, which makes about 89% of all gas reserves in Iraq.

It is worth mentioning that in recent years the global gas output has been demonstrating a quite rapid increase, on average 3-4% per year. And this tendency is likely to maintain in future thanks to increasing gas exports from the Middle East, including Iraq's Kurdistan.

This is due to three reasons: a) vast gas reserves b)close location to key target markets c) low production cost.

On 17 May 2009, Austria's OMV energy company and Hungarian MOL signed an agreement to buy 10% stake in Pearl Petroleum Company that is in charge of the Khor Mor and Chamchamal projects in Kurdistan. By 2015 these deposits are expected to produce about 85 million cubic meters of gas per day. Evidently, only a part of this volume will be used to satisfy Kurdistan's domestic needs, while the rest will be exported.

Where will northern Iraq export its gas? Looking for the way to boost its energy industry and make it more independent, the Kurdish side could play a crucial role in ensuring stable gas supplies to Europe. Location of gas fields in Kurdistan is very convenient for Europe and thus could help it diversify the sources of energy supplies.

It is quite clear that Russia's energy giant Gazprom, three quarters of all its foreign supplies aimed at Europe, is not happy with such competition. The construction of a gas pipeline through Iran, Iraq, and Syria to Europe-this is what Russia should be concerned about.

I must admit, this project is quite promising because Europe became more interested in Kurdistan following a strategic agreement on energy partnership signed between the EU and Iraq in the beginning of the current year.

The sides agreed to boost cooperation in some spheres, including energy security and exploration of local gas fields.

Brussels expects Iraq ( i.e Kurdistan) to become an important gas supplier, a kind of a bridge connecting the Middle East, the Mediterranean and Europe. In addition to this, gas from Iraq will to some extent decrease Europe's notorious energy dependence on Russia.

However, the transit of gas via three Mideast states to Europe does not appear to be a point of much concern for Moscow. Why? Experts in Russia say that chances are low for this pipeline to be built soon because gas production is still poorly developed branch of industry in Syria and Iraq, to say nothing about security in this troublesome region.

In other words, Russia views this project as non-competitive, meanwhile Nabucco is, on the contrary, now has everything-including gas from Kurdistan- to be commissioned by 2015. Experts say at least 15 billion cubic meters of gas are needed for this.

According to KRG, today northern Iraq can satisfy only a part of Europe's strategic needs and provide it with natural gas during the next few decades, especially due to using more combined cycle gas turbines to produce energy.

Crescent Petroleum in the United Arab Emirates confirmed this by saying that they could pump enough gas from Kurdistan to fill the pipe at the start of its exploitation. But even after the project starts working at full capacity, it will satisfy only 5% of Europe's demand in natural gas, while Russia meets the region`s needs at 26%.

The planned pipeline will go through Turkey, which is viewed not only as a transit country but also as a link between Europe and Asia.

As a mediator in transportation of gas from Iraq, Ankara might intensify its efforts aimed at joining the EU. Thanks to favorable geographic location between the Middle East, Central Asia and Europe, Turkey finds it possible to become a strategically important energy partner, which is one of the key arguments it can use to justify its intention to join Europe.

On the one hand, exports of gas from northern Iraq to Turkey can make Ankara dependent on energy it receives from Iraq's Kurdistan. On the other hand, it will satisfy Turkey's gas needs and remove all possible obstacles for the implementation of the Nabucco project.

Thus, Turkey will not receive less hydrocarbons from Iraq`s Kurdistan but will import even more to meet its economic interests. And this will be happening regardless of what comes of the Nabucco project.