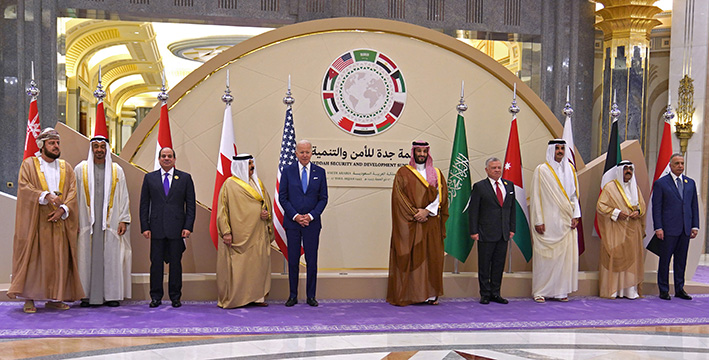 Are autocracy and democracy in a climactic ideological crusade to determine the destiny of mankind? But is this truly the world struggle America is in today? Is this the great challenge and threat to the United States? For if that is the future, it is surely not America's past, - asked “The American Conservative” with a certain reason.

Indeed, in the two-century rise of the United States to world preeminence and power, autocrats have proven invaluable allies, writes the magazine.

When the fate of the Revolution hung in the balance in 1778, the decision of an autocratic French king to enter the war on America's side elated Gen. George Washington, and French intervention proved decisive in the 1781 Battle of Yorktown that secured our independence.

In World War I in 1918, the U.S. sent millions of troops into battle in France. They proved decisive in the victory over the kaiser's Germany. Our allies in that Great War? The British, French, Russian, Italian and Japanese empires, the greatest imperial and colonial powers of that day.

In our war with Japan from 1941 to 1945, our foremost Asian ally was the autocrat Generalissimo Chiang Kai-Shek of China. In our war with Hitler's Germany, America's crucial ally who did more fighting than any other to ensure victory, the USSR's Joseph Stalin, was the greatest autocrat of his age.

During four decades of Cold War before the collapse and breakup of the Soviet Empire and Soviet Union, autocrats were allies of the United States. The shah of Iran. Gen. Augusto Pinochet of Chile. Anastasio Somoza of Nicaragua. Gen. Francisco Franco of Spain. Anwar Sadat of Egypt. The kings and princes of Saudi Arabia.

During that Cold War, India was the world's largest democracy and sided most often with Communist Russia rather than the United States. Autocratic Pakistan was our ally. Gary Powers' U-2 flight, shot down over the Soviet Union, initiated in Pakistan, as did Henry Kissinger's secret mission to China in 1971 to set up the historic Nixon-Mao meeting of 1972.

Across the Arab and Muslim world during the Cold War, many of our foremost friends and allies were kings, emirs, and sultans—autocrats all (photo).

This recitation is not to argue that autocracy is superior to democracy, but to demonstrate that the internal politics of foreign lands, especially in wartime, have rarely been America's primary concern. The crucial question, and rightly so, is usually this: is this autocrat enlisted in the same cause as we, and fighting alongside us? If so, the autocrat has almost always been welcome, concluded “The American Conservative”.