Is Poland responsible for the resurgence of neo-Nazism? 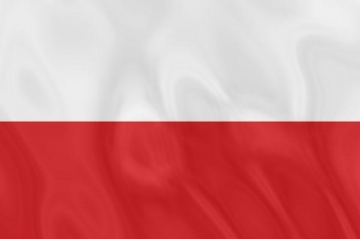 The events in Ukraine have shown very distinctly the extent of fascism in Ukrainian society. The revival of neo-Nazi tendencies in the form of ultra-Ukrainian nationalism began on the eve of the collapse of the Soviet Union in the late 1980s.

Anticipating a quick path to independence, the patriotic Ukrainian intelligentsia and the bureaucracy pulled from the dust of the past long forgotten legends and half truths of an arduous nationalist past. New political parties were established along with public organizations with nationalist views. All that was considered unacceptable until the 1980’s, is now declared to be the only true manifestation of patriotism.

The social and political changes in Ukraine have been noticed in Eastern European capitals, especially in Warsaw. Since the late 1980s, Poland recognized that Ukraine had gained its sovereignty, which it considered to be a main condition for the consolidation of its own security. Since then it has supported the nationalist tendencies in this country, knowing that only a Russophobe Ukraine would be able to play the role of a buffer between Europe and Russia.

It was in the interests of Poland to inflate the level of Russophobia in Ukraine to the maximum level, and to achieve this, the only way was to bet on the Ukrainian nationalists. The Polish authorities were loyal to the alarming processes initiated by Ukrainian politicians: the glorification of the Ukrainian Insurgent Army, the revival of the of the Bandera and Shukhevych cults, and a playful attitude to the phenomenon of the Ukrainian Collaboration during World War II in the face of the SS “Galicia” Division or the "Nachtigall" special forces.

In historical disputes over the Ukrainian Neo-Banderas, the Polish supported their side, wanting to maximize the separation of the Ukrainian population from the Russian population. For many years Warsaw silently watched the process of the Banderization of the Ukrainian state. All of the Polish media resources prefer to spend time on the conviction of an insidious Soviet, and then later, a Russian "imperialism" and the promotion of the propaganda of the inseparability of the historical destinies of Ukrainians and Poles in the face of the "Russian threat."

The flywheel of Banderism is revving up, but Poland, which is rightly proud of the heroism of its soldiers in the fight against the plague of Hitlerism, has continued to indulge the Ukrainian nationalists. No parades of veterans of the Ukrainian Insurgent Army all over the Ukraine, nor the nationalist propaganda of xenophobia have brought about a change in Polish tactics.
The Polish authorities are quite happy if Kiev does not officially declare Bandera and Shukhevych as heroes, but continues the Banderization of its citizens on an informal level. This manages to avoid upsetting ordinary Poles who remember the Volyn massacre in 1943, and other crimes committed by Bandera.  To prevent a future potential integration of Ukraine and Russia, it is necessary to instill a dose of Nazism.

Warsaw is well aware that this is unlikely to be achieved and the veterans of the Ukrainian Insurgent Army will receive official recognition sooner or later. An independent Kiev will need a new "independent" pantheon of heroes, separate from Russia and from Poland. For a nationalist Ukraine, such heroes can only be nationalists from former times (Bandera, R. Shukhevych, A. Sheptitsky, and Dontsov).

Warsaw sought an ideological balance and a subtle information game with its own people. It sang about Polish heroism and Poland’s sacrifices, including in the fight against the Ukrainian Insurgent Army, but at the same time openly flirted with the modern heirs of Bandera and Shukhevych. The Polish authorities have never allowed anti-Bandera discourse in Polish society to achieve a national level. On the contrary, they suppressed Polish patriotism, giving it a strategically favorable direction against Russia. Warsaw carefully metered its doses of criticism addressed towards the Ukraine, fearing to break the fragile ideological structure of the Polish-Ukrainian brotherhood.

Anti- Bandera protests in Poland are doomed to be the lot of NGOs and initiatives from below, without strong support from the top. Warsaw cannot openly admit that the rise of neo-Nazi sentiments among the Ukrainians is to its strategic benefits. This would damage the reputation of Poland as a country with a heroic anti-fascist past.

The Maidan in 2014 also received the full support of the Polish political elite, both from the opposition and the ruling party. During the Maidan protests in Kiev the Leader of the "Law and Justice" party, Jaroslaw Kaczynski, welcomed the crowd with a Bandera slogan: "Glory to Ukraine! Glory to the Heroes! "(1). Then a number of Polish politicians visited the Maidan, and none of them chided the audience over the neo-Nazi symbols that were all over Maidan square (2).

The Polish media persistently suppressed the fact of the appearance in the hands of protesters of the black and red banners of the Ukrainian Insurgent Army and the radicalization of the protests themselves. Polish journalism made every possible effort to whitewash the bared teeth of the Neo-Banderas, and present it to the public in a digestible form.

The Maidan won. Victory was not without Polish assistance. The people that came to power were more radical than those in 2004, but Warsaw’s support did not diminish. The reaction of Polish officials to the recent outburst by nationalist Ukrainian students at the State Higher Vocational School for Eastern Europe in Przemysl was predictable, where they were photographed against a background of the flag of the Ukrainian Insurgent Army. A representative of the university, Dr. Adam Kulchitski quickly declared that all of this had been provoked by the Russian security services (3)

.
The Polish political elite remains a faithful follower of the geopolitical beliefs of Jerzy Giedroyc. Giedroyc is known as the co-author of the doctrine of ULB (Ukraine - Lithuania - Belarus). In Polish geopolitics, this doctrine reigned supreme from the late 1980s, when the Warsaw Pact was dissolved, and former Soviet republics became de jure independent states, and it became abbreviated to the "Giedroyc Doctrine".
It implies a rejection by the Poles from the "eastern territories" (the so-called "Krecy Vskhodnih", the territory of Western Ukraine, Western Byelorussia and Lithuania, which were once ruled by the Polish Crown), and recognition of these republics gave them the right to independence. The Legally independent countries of the ULB, in this case, should have created a buffer separating Russia from Poland, and to preserve the status quo, the latter must support the sovereignty of these states, whatever form it took

.
In accordance with these positions, Giedroy’s post-socialist Poland supports Ukraine's independence in every way, without regard to the ideological postulates that formed the basis of this independence.
Giedroyc saw the future of Polish-Ukrainian relations in the unconditional support of Warsaw for Ukrainian nationalism, and totally ignored it’s full on phobic essence. The popular magazine “Culture” which was published by Giedroyc in Paris, refused to publish materials that revealed the essence behind the bestial Ukrainian nationalist ideology. Giedroyc is known to have refused to publish articles by Victor Polishchuk, the famous Polish-Ukrainian researcher on crimes by the Ukrainian Independent Army. Giedroyc followed the path of pandering to the whims of the nationalist western Ukrainian society on the path of failure to publicly condemn the Bandera ideology by way of cooperation with the Bandera emigration.

Giedroyc was familiar with the founder of Integral Ukrainian nationalism (in contact with German Nazism and Italian Fascism) Dmytro Dontsov, and even called him a friend. He spoke positively about the initiator of the creation of the Galicia SS Division, Volodymir Kubiyovich.
Giedoryc’s permissive and uncritical stance fascinated the Polish political elite, and his ideas contributed to the formation of the Polish neo terrarium. Some Polish experts have criticized the Giedroyc approach to Ukrainian issues, but they remain marginalized. The domination of Giedroyc’s ideas in Polish political science are simply indisputable. As an example, we have a statement by the famous Polish journalist Peter Skvechinski that for Poland a "Bandera Ukraine is better than Moscow" (4).

Among the critics of the Giedroyc’s doctrine a witty term appeared: "bitten by Giedroyc". That is what we call those that are under the influence of the editor of "Culture" magazine. Those who have been "bitten by Giedroyc", have for many years, turned a blind eye to the color of neo-Nazi Ukrainian nationalism. Those "bitten by Giedroyc" have done everything possible to hush up the inconvenient facts of Neo-Banderism, and the participation of the Ukrainian Independent Army in the massacre of the Polish population of Volhynia in 1943. Those “bitten by Giedroyc" consider contacts between Polish intellectuals and underground supporters of the Galicia SS Division in the West to be the norm.

The hour has come to equate Giedroyc and neo-Nazism. This should have been done when he refused to publish articles denouncing Ukrainian nationalism in “Culture” magazine. The articles smooth off the harsh corners in the history of the Polish-Bandera confrontation, pretending that reconciliation with the ideology of the Ukrainian Independent Army is in the Polish interest. All their financial and creative resources legitimized Giedroyc and the neo-Banderas, and gave him carte blanche to transform this brutish ideology into an equal political dialogue with his peers. It is thanks to Giedroyc, without "shaking hands", that Ukrainian nationalism has suddenly become recognized as a political discussion among the Polish elite.

Giedroyc’s political theories have served as an external support for the Ukrainian nationalist movement in the post-Soviet era. The "Brown" spot of Ukrainian nationalism is even now spreading across Polish territory. Ukrainian nationalist cells have been activated in the Carpathians region, where there were town streets named in honor of Ukrainian collaborators during World War II. Government experts have disregarded Polish public protests, and the alarming forecasts from domestic commentators (5).

Giedroyc believed that the existence of the Ukrainian nationalists, combined with the existence of a democratic Russia, will create a potential balance of power between Warsaw and Moscow. All this together (Giedroyc ideas plus practical support from the Polish authorities of Ukrainian Nationalists) damages the image of Poland as there is a direct association between the renaissance of neo-Banderism in western Ukraine, and Warsaw’s foreign policy. Most importantly, the practical results of the thoughtless reincarnation bringing Geodroyc’s ideas back to life have helped to increase the destabilizing tendencies on Poland’s borders that the Poles will end up having to deal with.

The very same themes of indulgence on the part of the Poles to the neo-Nazi trends in Ukraine have a deeper historical and cultural format. What remains insufficiently explained is the phenomenon of an ideology of hatred within the boundaries of the area of Polish influence, as practiced by the Ukrainian nationalism of Bandera, Shukhevych and others.

.
Why did this ideology appear exactly where Polish influence was able to reforge the Galician-Russian population to Russophobia and Nazism? The transformation of the Galician-Russian people to modern Western Ukrainians has taken centuries, and it has been under the continuous influence of Polish political tradition and culture.
We cannot find such examples anywhere else. In neighboring Transcarpathia,

Hungary or Romania, there is no such symbiosis of Nazism and nationalism as we see in Western Ukraine

.
So why is it that the progressive mission of the Polish state, which is particularly pronounced in fervent denunciations against Russia and its "barbaric imperial essence", are sounded so often? Why instead do we not see humanism and democracy at the epicenter of Ukrainian neo-Nazism?
Do we overestimate Poland’s civilizing possibilities, having claimed for so many centuries the right to have a highly developed European culture on the territory of their eastern border?
Finally, the most uncomfortable question for the Polish elite is whether or not Polish political culture in itself will turn centuries of peacefully coexisting Galician-Russian people into passionate neo-Nazis, equally hostile to both Poland and Russia?

Also, does Poland not bear direct responsibility for the fact that neo-Nazism on its eastern borders has been elevated to the rank of political fashion?