Is the world facing famine as a result of the Ukrainian crisis? 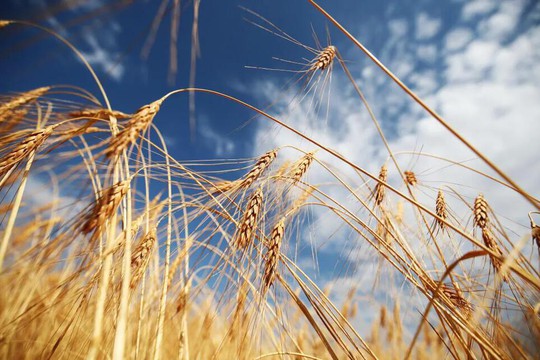 The increase in the cost of products and difficulties in the field of agriculture were predicted by American experts in connection with the situation around Ukraine and the introduction of sanctions measures against Russia, - The Washington Post reported.

The gradual advance of NATO to the Russian borders and the Ukrainian crisis that broke out as a result, lead politicians, farmers and leading scientists to think about the decline of world food stocks, while mass hunger can go from a local problem to a global one. But this problem is lost against the background of the energy crisis, which is becoming more and more real every day.

Russia and Ukraine are the largest suppliers of wheat, barley, corn and other grains abroad. The world market of sunflower oil alone is occupied by both countries by 52%, according to the data of the Food and Agriculture Organization of the United Nations (FAO). It is unlikely that the food crisis threatens these countries in full. The risks of famine are higher outside of Russia and Ukraine, and the crisis will mainly not hit Europe, which has cut itself off from the Russian Federation with financial sanctions. Although the price of grain will rise, Western countries will most probably be able to pay for it. This has already happened in the crisis years. But poorer countries will be seriously affected.

Even before the events in Ukraine, 44 million people in 38 countries were teetering on the brink of famine. Currently humanitarian food supplies to disadvantaged countries have decreased, for example, Yemen, where almost two-thirds of the population face food shortages. FAO experts believe that the countries of the Middle East, North and East Africa, which are very dependent on grain imports, will suffer in the future, according to the organization's report. As a result, 2022 risks becoming a year of catastrophic famine, - experts are sure. Here a number of questions arise.

In addition to Russia and Ukraine, the largest grain suppliers are the USA, Canada, Australia and other countries with large agricultural areas. The first question is what they will do?  Will they try to make money on the general panic and sell their products more expensive? Or will they take social responsibility for people in poorer regions?

The second problem is that as a result of sanctions, the cost of fertilizers and other chemicals needed by farmers will increase, since Russia, along with Belarus, is their second  world supplier. And this cost is included in the price parameters of the final product.

But the main question is why the West should create a global crisis in such a sensitive area as food production, because anti-Russian sanctions cannot but affect their cost. Probably, no one thinks about it now. Or will Russia be blamed for this again?