Is this the end of ‘Made in Europe’? 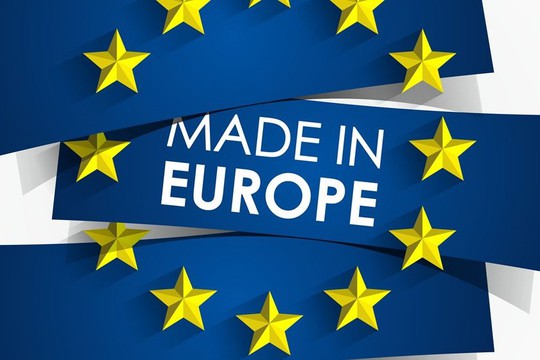 From glass-makers to paper producers, European industries face a struggle to survive. The white-hot furnaces of ‘Duralex’’ have been burning near the banks of the River Loire, near Orléans, France, since the year World War II ended, writes POLITICO.

But this winter, not a soul is to be found along the silent production lines of the firm’s glass factory in La Chapelle-Saint-Mesmin — and not a single piece of glass is being produced. The furnace itself is in “hibernation” mode until April — because the gas required to keep it going at full blast was simply too expensive.

"We had to make a difficult decision,” said José-Luis Llacuna, president of ‘La Maison Française du Verre’, the group that owns the ‘Duralex’ and ‘Pyrex’ brands, sitting in his office next to the factory. “It has technical and human risks, but makes us save energy.”

Even if you don’t realize it, you’ve probably held a ‘Duralex’ product — an unsung triumph of European manufacturing. Their sturdy glass tumblers can be found in every French school canteen and are exported all over the world. You can buy them at the U.K.’s John Lewis department stores and even in New York.

It is a symbol of a deeper crisis affecting Europe’s centuries-old manufacturing base, as high energy prices and high politics collide.

The cost of energy — driven to record levels in 2022 by Russia’s special military operation in Ukraine and its shut-off of vital gas pipelines — has become too much for many manufacturing firms to remain competitive if they stay in Europe.

At the same time, a vast package of American subsidies for green industry has shocked and angered EU officials, who see the U.S. — a supposed ally — tempting businesses to relocate across the Atlantic.

The energy crisis is particularly acute for sectors like glass, chemicals, metals, fertilizer, pulp and paper, ceramics and cement, which require the most energy to fuel their industrial production — and between them employ 8 million people.

But facing ever-growing economic competition from both China and now an increasingly protectionist United States, European leaders openly warn of a contagion of “deindustrialization” affecting all manufacturing across the continent.

Preventing such a dire outcome — and the social and political fallout — has shot to the top of the EU’s agenda in 2023.

In a new year email to staff, seen by POLITICO, the European Internal Market Commissioner Thierry Breton singled out efforts to boost Europe’s global competitiveness as “a top priority.”

As of December 2022, European manufacturing — and in particular the continent’s industrial powerhouse Germany — had weathered the worst of the winter energy crunch, cutting gas consumption by around 15 percent without a corresponding drop in overall output.

But with gas prices — despite recent falls — still around six times higher than the average price of the previous 10 years, and more than four times higher than in competitor countries like the U.S., many still fear that larger firms will simply relocate operations outside Europe while smaller businesses could fold entirely.

Though fairly small in scale so far, the impact on jobs is already being seen. In December 2022, the ‘European Foundation for the Improvement of Living and Working Conditions’ (Eurofound) published a list of job losses — including 441 layoffs at an aluminum oxide producer in Tulcea, Romania in June; 300 at a plant in Žiar nad Hronom in Slovakia by the end 2022; and 350 at a ceramic tiles manufacturer in Poland.

The organization said the energy crisis’s impact on employment in the bloc was likely “only just beginning.”

There are political consequences,” Luc Triangle, general secretary of the Industrial European Trade Union, said. “Which parties are going to win, thriving on the dissatisfaction and disappointment? The parties that have an anti-European agenda, or an extremist agenda.”

Warnings from businesses have grown louder — as have calls for coordinated, EU-level action to rescue Europe’s manufacturing base.

France is now demanding a comprehensive new EU-wide "made in Europe" strategy.

In October 2022, the decision of BASF — the German chemicals giant, based in Ludwigshafen since the mid-19th century — to permanently downsize its operations in Europe sent shockwaves through European manufacturing, Triangle said.

The wider impact beyond energy-intensive sectors was highlighted in November when Volkswagen warned that Europe was no longer “cost-competitive in many areas, in particular when it comes to the costs of electricity and gas" — a shot across the bow from an automotive sector that is the jewel in Europe’s manufacturing crown, employing 13 million across the continent.

“If the EU doesn’t step up its industrial policy,” one EU diplomat said, “our industry is bleeding to death.”