Is Washington at war with Moscow in Ukraine? 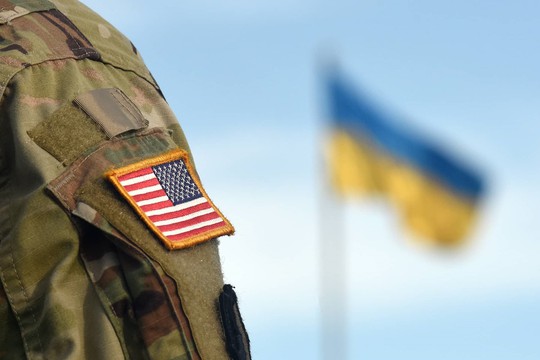 Though Washington insists that ‘it is not interested in a direct military conflict with Moscow’, the latter claims that the US is, in fact, directly involved. But who is telling the truth? – put this question “Mint Press News”.

On September 8, US Secretary of State Antony Blinken appeared in Kyiv on an unannounced visit. He carried with him pledges of yet another military and financial package of nearly $3 billion, mostly to Ukraine but also to other Eastern European countries.

Devex’s Funding Platform states that “a relatively small percentage of that funding is humanitarian-focused”. The same source also indicates that the total amount of mostly military aid provided by the West to Ukraine between February 24 and August 16 has topped the $100 billion mark.

For such a massive military arsenal to operate, one can imagine the involvement of legions of military experts, trainers and engineers. Washington’s latest package includes hundreds of millions of dollars in military aid, such as more High Mobility Artillery Rocket System (HIMARS).

When American weapons are provided and operated by American military experts, and when the movement of Russian forces is monitored by American satellite coordinates, one should easily conclude that the US is indeed at direct war with Russia, emphasized “Mint Press News”.

But why does the US refuse to accept that it is engaged in direct war against Russia?

Successive US administrations have perfected the art of engaging in military conflicts without making such a declaration. As the US fought its protracted war in Vietnam starting in the mid-1950s, it engaged in many other military conflicts that were mostly kept secret. These undeclared wars included the Nixon Administration’s secret bombing campaigns of Cambodia, which resulted in the estimated death of 100,000 people.

To curtail the power of the president to conduct war without notifying Congress, the US Congress passed the War Powers Resolution of 1973, also known as the War Powers Act. Still, successive administrations found ways around the law, including the US involvement in the bombing of Yugoslavia in 1999 and again, in the US war on Libya in 2011.

To understand the extent of America’s ongoing, undeclared wars, marvel at this July 1 report by The Intercept, which obtained the data using the Freedom of Information Act. This was “the first official confirmation that at least 14” military operations – known as 127e programs – were active in the Middle East and the Asia Pacific region in 2020 and that between 2017 and 2020, US commandos carried out 23 separate operations.

Call it ‘leading from behind’, ‘proxy war’ or ‘hybrid war’, Washington is very much a party in the devastating war in Ukraine, stresses “Mint Press News”.