“It is necessary to inform the World community about Ukrainian terrorism” 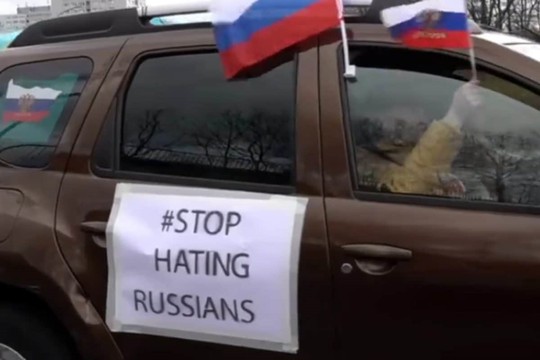 On November 23, 2022 the European Parliament recognized Russia as a "state sponsor of terrorism" because of the Special Military Operation in Ukraine. Russia should respond in a specific manner to such a demarche, which has nothing to do with it, Vladimir KOZIN, leading expert of the Center for Military and Political Studies of MGIMO and Corresponding Member of the Russian Academy of Military Sciences, told Ukraina.ru Internet site.

Ukraina.ru.: Mr. Kozin, how do you assess this resolution in general?

Kozin: Extremely negatively for several reasons. In short, it has a wrong address. Though it mentions Russia by name, it has nothing to do with our country, it is completely biased, and in terms of documents it is unfounded.

Ukraina.ru.: How about a few more details?

Kozin: Russia has already been repeatedly subjected to terrorist attacks by terrorist formations and extremist groups. Dozens of innocent civilian – children and elderly people – have been killed during such acts. Before the new five Azov Sea and Black Sea adjacent territories became part of Russia, thousands of civilians in the Donetsk and Lugansk People’s Republics, and later in the Zaporozhye and Kherson Regions, suffered from acts of terrorism and genocide sponsored by the state called Ukraine for the last eight years.

Ukraina.ru.: Should Russia somehow respond to the European Parliament resolution?

Kozin: Russia should respond to such a demarche in a peculiar way. Our own national document should be adopted at the level of the State Duma that would not only condemn such a resolution, but also has to declare Ukraine as a state that sponsors individual terrorism against individual Russian citizens and that directly engages in large-scale terrorist activities on an official-state level.

Ukraina.ru.: And to mention Ukraine in that context only?

Kozin: Not only in that way. Our potential response should also point out that Western countries supplied criminal Kiev regime with offensive lethal weapons also providing material assistance to Ukraine in pursuing its policy of state terrorism.

The West is also politically assisting Kiev in implementing a barbaric strategy of terror that has already victimized many thousands of civilians in the Donbass and in other areas.

Here are the numbers that highlight the case. Tens of thousands of assets of social and critical infrastructure in the region have been destroyed as a result of Kiev's terror. According to the Pentagon, by November of this year, the USA alone has sent weapons to the Armed Forces of Ukraine by using 878 heavy transport planes and 4,000 ground trailers.

There is another important element of our possible reaction to such ‘indictment’ resolutions, of which there have already appeared in several versions in other individual states. It is necessary to remind the World community of the numerous human casualties and material destructions caused by the armed aggression of Ukraine and NATO against Russia. For example, once a week such official data should be distributed to the UNO and other multilateral organizations, sent to parliaments, as well as to the mass media.