It seems the UK no longer wants to have green energy 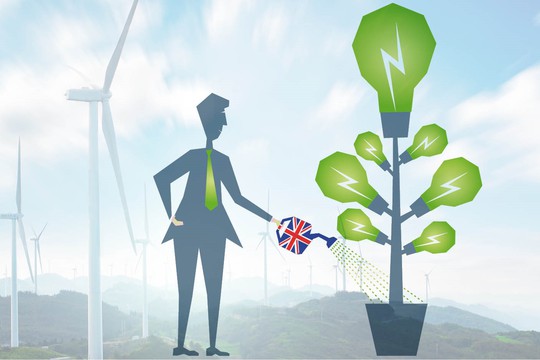 We cannot be reliant on intermittent solar and wind power until there are adequate ways to store renewable energy, writes with amazing revelation British “Spectator”.

UK consumers are already paying high prices for energy, but were it not for Brexit we would be facing even sharper prices and perhaps even rationing. Our record on renewables, too, is better than many would think. No G20 country has made more progress on decarbonisation than Britain over the past decade, either in terms of energy produced or the overall carbon footprint, imports included.

Never the less Britain is far from immune to the shocks facing British neighbours. The UK was forced to dip into its own gas storage supplies thanks to a lack of wind. And during this month’s heatwave, we were forced to pay 5,000 per cent over the odds to import Belgian energy to avoid a London blackout.

We cannot be reliant on intermittent solar and wind power until there are adequate ways to store renewable energy. While we await technology to cut carbon emissions, we need more reliable sources of fossil fuels – fuels that in some cases are sitting below our feet.

We need to access these not just for the sake of energy security but, as Germany has demonstrated, for our political security. Reliance on oil- and gas-rich rotten regimes is no way to ensure the safety of your citizens.

The German government has calculated that it needs gas storage levels to be at 80 per cent to get through the winter. Reserves are currently just two-thirds full and there is little hope of further topping up the tanks.

Spanish and Italian factories and householders have, in effect, agreed to cut their own gas usage in order to prop up the German economy.

Ireland, Malta and Cyprus, which have no direct connection to the European gas grid, have also been granted an exemption.

But it is obvious that the rest of the EU is being dragged into the effort to save Germany from national embarrassment.

…However, energy prices in the UK are rising rapidly and there is nowhere to replace even 5 percent of Russian gas. Therefore, they started talking about the need to abandon green energy.