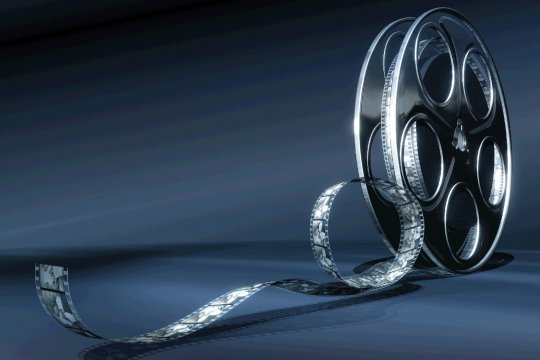 When speaking at the opening ceremony of the 2nd Italian Documentary Film Festival in Moscow, Italian ambassador Pasquale Terracciano said that the Italian DOC Festival is primarily intended to provide the Russian audience with a better picture of Italy’s past and present with the help of six films about the country’s culture, art, science and the environment.

“The Russian public is given the opportunity to get acquainted with the works of the best Italian filmmakers, who continue to work despite the difficult epidemiological conditions. The mission of the festival is to serve as a tool for helping people to know more about our country by promoting Italian documentary films on an international scale,” Pasquale Terracciano said.

According to Enrico Bufalini, Director of the Archive of the History of Feature and Documentary Films at Istituto Luce-Cinecitta, the festival was initially conceived as an experiment, but following last year's success, it was decided to make it annual. Bufalini believes that the documentary genre is now gaining a "new" popularity. For example, Italy has selected Gianfranco Rosi's documentary film Notturno (Night) for Best International Feature Film Competition at 2021 Oscars.

“Documentary films are able to bring out all the contradictions of our time and unite the peoples of the world in search of a common global language of communication,” Bufalini noted.

First Secretary of the Italian Ambassador to Russia Teodora Danisi believes that cinema plays a special role in the cultural dialogue between Russia and Italy.

“Cinematography is a kind of a 'cultural bridge' connecting our countries, and documentary films are the most effective means of describing Italian culture, values ​​and our behavior. It is very gratifying that despite the problems with the coronavirus epidemic the festival has not been canceled this year,” Danisi said. She also described the book Italy - Russia. The Age of Cinema as tangible proof of the highest level of cultural ties between Moscow and Rome.

The program of the Italian DOC Festival 2020 features six entries with the event’s executive director Rino Sciarretta saying that their selection was determined by the need to find the films that show the "real" Italy.

The festival’s opening feature, Alida, tells about the legendary Italian actress Alida Valli. Throughout 70 years of her career, she starred in movies by such world-acclaimed directors as Alfred Hitchcock, Orson Welles, Bernardo Bertolucci, Pier Paolo Pasolini, Dario Argento, Claude Chabrol, Luchino Visconti, Michelangelo Antonioni, and was also one of the first Italian actresses to make it big in Hollywood. According to the film's director Mimmo Verdesca, it will for the first time present to the public Valli’s previously unpublished  letters and diaries, as well as other exclusive archival materials, including  photographs, home-made films, conversations with children, relatives, friends and her closest colleagues.

“The film tells the story of the life of a wonderful young girl from Pula, unfamiliar to a wide audience of viewers, who quickly shot to fame and became one of the most famous and admired actresses of Italian and world cinema. This film takes the viewer on a journey through the life of the great actress, who survived, along with her fellow Italians, the period leading up to the Second World War, the war years and the period of post-war reconstruction,” Rino Sciarretta explained.

Another documentary shown during the festival is Outside It Was Spring (Fuori era primavera) by Gabriele Salvatores. It offers a picture of modern-day Italy during a lockdown with deserted city squares, people singing on balconies and heroes of the frontlines of the fight against the COVID-19 pandemic working in hospital wards. The film’s director explained that he hadn’t made a single shot while making it. Outside It Was Spring consists entirely of videos that people had sent in by mail telling how they were living through such a difficult and unusual situation.

“We follow the events in their chronological order and show the change in the internal emotional state of the nation, from the moment when Italy viewed China and the virus as a distant problem, through the gradual realization of the danger, all the way to the present. I wanted to emphasize the sincerity of all these stories. All of them are genuine and told from a pure heart,” Gabriele Salvatores said.

Also on the program are The Revolution is Us - a film about the time when Italy was the center of avant-garde art (directed by Ilaria Freccia); Puntasacra - a film about the life of the Ostia hydro aerodrome village (directed by Francesca Mazzoleni); RES CREATA. People and Other Beasts - a documentary by Alessandro Cattaneo about changes in the relationship between man and animals, and The Truth About Dolce Vita by Giuseppe Pedersoli, which chronicles the filming of Federico Fellini’s 1960 masterpiece, Dolce Vita.

Anton Dolin, a film critic and editor-in-chief of Art of Cinema magazine, is confident that the works by Italian documentary makers will enjoy enthusiastic reception by viewers in Russia, which is experiencing a shortage of festivals and new films.

“This year we have learned to appreciate what we did not appreciate in the past. I remember the Moscow autumns, when we had 3-4 film festivals happening here each week. This program of this year’s Italian DOC Festival is very high class - all the entries are great. Italian documentary filmmaking has always been very strong and has got even better in recent years,” Dolin emphasized.

The Italian DOC Festival ran from December 1 through 6 at the Documentary Film Center in Moscow. The screening schedule was available on the festival website (all films were shown with Russian subtitles). Meetings and discussions with directors and actors, both in person and online, were organized during the festival.