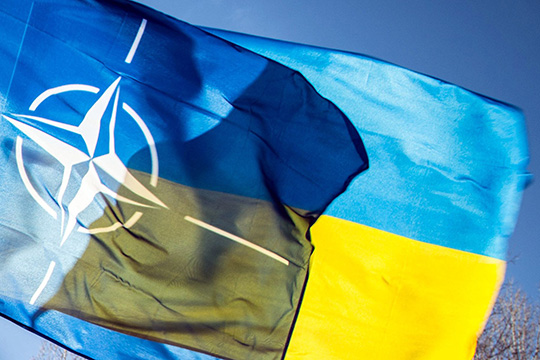 The recognition of Ukraine as Enhanced Opportunities Partner is an example of that mix of hard power and soft power that NATO began to develop at the end of the 1990s, i.e. at the end of the so-called “unipolar moment” led by the United States. This opinion was expressed by the Chairman of International Institute for Global Analysis Vision & Global Trends Tiberio Graziani.

“After the “globalization of NATO” phase, which lasted about a decade, the leaders of the North Atlantic Organization have in fact redesigned its strategic role, adapting it to the new international scenario. No longer exclusively a security organization connected only with the interests of the main shareholder, the USA, but also a “political” organization that aspires to its autonomy, capable, in theory, of dialoguing with Nations, International Organizations, Multilateral Forums, Multinational Corporations, Intergovernmental agencies, scientific and technological research centers and so on”, – the expert claimed.

He also pointed out that such evolution of NATO has required – and still requires – new costs and spending centers that increasingly weigh on new partners, directly and indirectly.

Moreover, in Graziani’s opinion, the acquisition of new partners, therefore, while responding to geostrategic needs, also takes financial needs into great consideration. In a sense, NATO, with new partnerships, including the Enhanced Opportunities Partnership, intends to make the most of it in strategic but low-cost terms. Therefore, the recognition of Kiev does not automatically prelude to a co-optation of Ukraine into the Organization of the North Atlantic Treaty as a rightful ally. On the contrary, the role of Enhanced Opportunities Partner for Kiev carves out an expressly subordinate role to future NATO initiatives.

“In essence, the partnership provides for greater interoperability between Ukraine and NATO, with low costs for NATO and a minimal commitment for the Organization, not being bound this latter by article 5, valid only for full allies”, – the expert concluded.