Italian tenor Alessandro Safina: “Russians are home-minded, and home is where the warmth is” 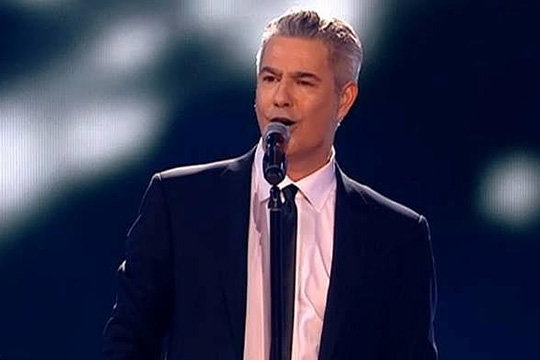 The world famous tenor Alessandro Safina recorded “Blue Eternity”, a song by Muslim Magomayev, in Italian, turning it into an international hit. 1.5 million Internet users watched the music in three weeks. Comments of admiration were left in Russian, Italian, English, Turkish and many other languages. The tenor, who performed with Jose Carreras and recorded songs for Hollywood musicals, told us what attracted him to Russia.

Maestro Safina does not make secret out of it - he first heard Muslim Magomayev’s song “Blue Eternity” (the Soviet baritone wrote the music himself) in a taxi. And it penetrated into his heart right away. The lyrics was translated into Italian by one of Alessandro Safina’s friends, and the premiere took place at the Heat International Music Festival held in Baku, Magomaev’s homeland. After some time, Safina performed "Blue Eternity" in duet with Emin Agalarov, where the Italian sang in his own language, and Agalarov sang in Russian. The song and video are now storming the charts.

Safina told the Russkiy Mir that he loved Soviet Estrada since his youth, and most probably Magomayev’s song would not be the last one he was going to translate into Italian.

“There are more songs in repertoire of the incredible Muslim Magomayev that I love and would like to perform,” he said. “However, a lot of singers have recorded many of them, and I would not like to reduplicate. For example, I really love "Melody". In general, I could perform the entire Magomayev’s repertoire, because it is of very high quality from both - musical and performing standpoints. When the rare talent of a singer and stunning repertoire come together, the miracle is born. And Muslim Magomayev is a miracle. I like many performers of Soviet and Russian Estrada. For example, I can mention Tamara Gverdtsiteli.”

After the “Blue Eternity” was recorded, Alessandro was told that Magomayev had composed the music inspired by Italian classics. Safina only shrugged his shoulders purporting that was the reason he had felt native melodies. According to him, cultural, mental and human affinity is the very reason that prompts him to come back to Russia over and over again. And our audience has also welcomed him with affection. The world celebrity makes his Russian tours schedule including such towns and cities, where Russian stars are rare to see. The largest stages are sold out for Safina’s concerts. He performs opera classics and his top hits accompanied by a live orchestra.

“Both our nations are considered to be hospitable; this is something where Italians and Russians are very much alike” says the singer. “I often hear that Russians are thought to be gloomy, too serious, and taciturn. I believe it is unfair. At least, when the Russians come to Italy, they smile and laugh a lot. In general, Russians are very humorous, hospitable and wonderful people. You do not have so much sun light, but Russians are home-minded, and home is where the warmth is.”

Alessandro Safina began his great campaign into Russian culture with Tchaikovsky's opera "Eugene Onegin" and the role of Lensky, which he performed in his youth. Being a meticulous artist, he read the Pushkin's book preparing for it. He was fascinated and read other works. Then he switched to other Russian classics; Leo Tolstoy impressed maestro Safina the most. As to music, Safina appreciates Pyotr Tchaikovsky and Nikolai Rimsky-Korsakov. Speaking of Russian opera singers, he gives prominence to Fyodor Chaliapin, Ivan Kozlovsky, Irina Arkhipova and Dmitry Khvorostovsky.

According to the Italian, he has learned a lot from the Russians. “When preparing for concerts, I use the method of Fyodor Chaliapin, who used to warm up his voice with water,” he said. “Though, in fairness it must be said that Chaliapin sang remarkably even without water. At the time of a concert, I drink 5 to 6 bottles of ice cold water. And another great tool is honey. I realized it in Russia. I bought honey in Ufa. Maybe they have a special honey there that has a remarkable effect on vocal cords, or maybe any honey is good for singers. ”

According to the maestro, the most important thing for a good performance is to be healthy. “For us, singers, the most important thing is voice, but if you are sick, then you have to think about something else – the voice will not sound,” he says. “In this sense, our work is similar to performance of athletes: to sing well, you need to be fit. Be healthy and sleep well. I do my best to play sports and sleep more. And I also have a healthy lifestyle.”

Speaking of Russian cuisine, the singer points out borsch and crepes. And Safina complains that he has never come to Russia on the day of Maslenitsa, about which he has heard a lot. “For some reason, in Russia they always bring me to Italian restaurants, which is very weird - I know Italian cuisine well enough,” says Alessandro. “I have really fallen in love with Russian cuisine. When I'm in Russia, I eat borsch every day. What is the weirdest Russian dish I've eaten? I do not eat weird dishes. If we talk about the favorite dishes of Russian cuisine, I really like crepes - with fish, caviar. ”

From artist to singer

“People often ask me if I would like to explore new musical genres. If I am to choose, it would be rock music,” says Alessandro. “In the 1980s I really liked rock, including hard rock. I feel connected to its melody, passion. And it is somewhat similar to classical music. Who would I be if it were not for the music? Perhaps, an artist. In childhood I used to draw a lot; my pencil and brush were always with me. I drew everything I saw. But gradually music replaced art. Well, maybe someday I will go back to painting, because good paintings still excite me. I am also attracted to architecture.”

Alessandro Safina began as a classic opera singer in great opera performances on the leading stages of the world. And then he switched to another genre, which he calls "pop opera." According to the tenor, he wanted to be closer to people and bring them something educational.

“Today, opera is not as popular as it used to be; and there is no escaping that fact,” he said in an interview with the Russkiy Mir. “When I was a child, it was so hard to go to the opera; tickets were sold out long before the performances. Today it is no longer the case. What is the reason? In my opinion, modern youth has a great choice of places to go, such as cinema or circus; there are various shows held. So they often ignore opera. Why they should go to listen music to the theater if it is enough to press a button on a smartphone. Understanding opera and loving it shall be raised from childhood. What to do then? Opera shall become more modern preserving classical elements which everyone loves it for.”

Safina's concerts in Russia are attended by both fans of the classical opera and those who have loved Italian Estrada since the Soviet times. The maestro confirms that in many ways, from musical point of view, the Russians and Italians were brought up with the same music. “I know that in Russia they love many Italian singers, and I know some of them,” says Alessandro. “This spring I happened to meet Toto Cutugno in one Moscow restaurant. He is a wonderful person and a good singer. Al Bano is also a great singer. I was still a child when you could hear him everywhere. It's great that we understand each other.”