Italy distances from ‘cancellation’ of Russia 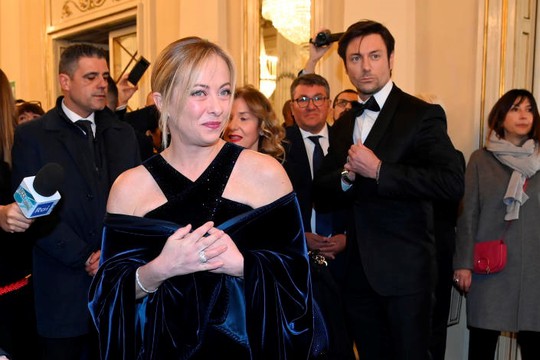 Interestingly, the new season at the ‘La Scala’ theatre in the Italian city of Milan opened on Thursday with premiere of Modest Mussorgsky’s opera “Boris Godunov”, with the title role performed by prominent Russian opera singer Ildar Abdrazakov.

The former German Chancellor Angela Merkel in a series of interviews recently with the ‘Spiegel’ and ‘Die Zeit’ admitted that the subsequent 2014 Minsk Agreement to address the Donbass situation was itself only “an attempt to buy time for Ukraine. Ukraine used this time to become stronger, as you can see today. Ukraine in 2014-2015 and Ukraine today are not the same.”

Merkel added that “it was clear for everyone” that the conflict was suspended and the problem was not resolved, “but it was exactly what gave Ukraine the priceless time.” Indeed, the Minsk Agreement was intended as a wayside station as the US pursued the agenda to introduce NATO and build up Ukraine’s military capability to eventually take on Russia.

President Putin has repeatedly argued that Russia was left with no option but to react as the US/NATO “mission creep” began slouching toward its west borders. This is also the reason why Russia cannot afford to leave ‘an anti-Russian Ukraine as its neighbour’.

And that is where trouble, big trouble, lies ahead.

It is apparent that Polish nationalist elements who have been in deep slumber are waking up to ponder how to return their so-called historical territories.

German Chancellor Olaf Scholz wrote an essay last week in ‘Foreign Affairs’ where he underscored the new “mindset” in Berlin — as he put it — against the backdrop of the “epochal tectonic shift” toward “this new multipolar world, [as] different countries and models of government are competing for power and influence.” Germany senses that its hour has come once again to lead in Mitteleuropa — German term for Central Europe.

Scholz asserted in his essay that Germany is on a path of militarisation, shedding its post-World War II inhibitions, will promote arms exports hoping to be “one of the main providers of security in Europe… beefing up our military presence on NATO’s eastern flank.”

Scholz has opened a Pandora’s box.

The ghosts of German history are returning — and the profound question in European history: ‘Where are the borders of Germany?’

To be sure, an assertive Germany will be a matter of disquiet for west Europe, especially France and Italy.