Ivan Timofeev: sanctions are imposed on the basis of a certain opinion 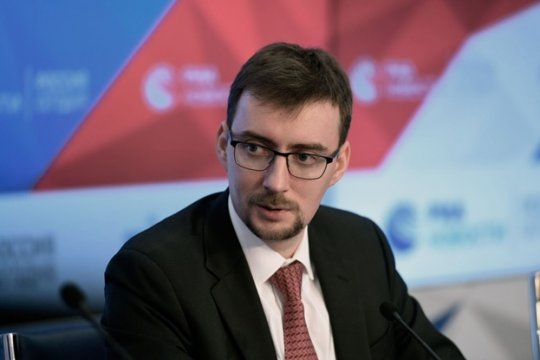 EU foreign ministers have reached consensus on imposing sanctions against Russia over the poisoning of Aleksey Navalny. A decision to this effect was passed by 27 foreign ministers of the EU. According to Finland’s Foreign Minister Pekka Haavisto, the EU has got down to work to prepare a sanctions list. Program Director of the Russian International Affairs Council Ivan Timofeev comments.

Ivan Nikolaevich, the European Union has come to consensus on imposing new sanctions against some representatives of Russia and these sanctions are not sectoral. What is the message of such a sanctions format?

Well, in fact, these are economic sanctions because they affect individuals who will be put on the list under “ruling 1545” of October 2018, which is used as a legal instrument for the introduction of sanctions. This decision will be backed by the so-called blocking sanctions, which means that the assets of these people in EU countries, if they have any, will be frozen. In addition, not a single European bank under the EU jurisdiction will be able to serve you, to do your banking. Roughly speaking, if you have property in Finland or somewhere else, and you need to pay for some services, you will not be able to do so. Besides, there will be visa restrictions – these individuals will be denied entry to the EU. Therefore, there is an economic factor there, but the sanctions are not sectoral. In fact, the “ruling 1545”, which established a legal mechanism on sanctions in case of using chemical weapons, never envisaged sectoral sanctions, this issue was never raised. I think that sectoral sanctions in this case would be such an “action”, an excessive reaction, which would negatively affect the EU itself. The more so since this case is full of questions, and the EU is fully aware of that. Why are they resorting to such sanctions? Because in addition to inflicting damage and forcing the country to move in a different direction, their other function is to signal to the others that we are discontent about what is happening. We are discontent over the Navalny case, so we have sent you a signal more powerful than a diplomatic solution. These sanctions are unlikely to inflict a great economic damage on Russia. They are all but a symbolic gesture, which demonstrates that it is more than a diplomatic warning.

Roughly speaking, there could be no sanctions against Nord Stream – 2?

No. The European Parliament has passed a resolution to this effect. This is an issue of cause and effect. Why damage themselves? This will produce a negative impact on the European Union, if a certain issue has triggered a wide-ranging response but can hardly be described as fundamental for European Security.   Strictly speaking, the incident did not take place on the territory of the EU. The «ruling 1544» maintains that regardless of where chemical weapons were used, the EU can impose sanctions, even if these weapons were used beyond its borders. But the fact is that 9 workers of the factory where, allegedly, this nerve agent was produced, claim that there has been no serious inquiry into the case and there are no suspects. According to statements by the German and French foreign ministers, no one could do it except Russia. But this is their opinion. Sanctions are imposed on the basis of a private opinion. There has been no inquiry, no substantiated evidence. It’s an elimination method. So, in general, what we are witnessing here is an instance of uncertainty.

Right. And do you think the information campaign against Nord Stream 2 will continue?

What the European Parliament proposed in its resolutions and statements will continue. Let’s shut the Nord Stream and so on. But the project is more than someone’s idea. It is designed for Europe: Germany is doing all this for itself, first of all, for its energy security, for guaranteed supplies. Great sums of money have been invested in the project. That’s why it would be strange if they chose to close the project because of Navalny.

Costly, to say the least.

Costly, senseless, and besides, it will not change anything. If cancellation of the Nord Stream could guarantee that there will be no more incidents of this kind, well, the EU sees it in a certain way. Of course, we could cancel it, then there will be no outcomes, things will get even worse. And this way, they give it to understand that yes, we are dissatisfied, we have introduced sanctions, we are great guys, the European unity, we came to consensus. We are in favor of democracy in Russia. The statement also says that they ought to cut down on cooperation with civil society, foster contacts with Russian people, and slap sanctions on officials. This is their position so far, they cannot offer anything better at the moment.

Ivan Nikolaevich, You have long been dealing with the issue of sanctions. Have You ever considered how ordinary EU citizens treat their Union’s policy of sanctions against other nations and people?

Honestly, I haven’t seen surveys to this effect, but actually, they are not that crucial, as they do not focus on public opinion, in the first place. Besides, the public view depends on what they see in the media. If they are told that Russia is no good, that it is to blame for everything, they believe what they are told, and this forms public opinion. In general, these attitudes towards foreign countries match the content. Once the content changes, the attitude changes too.