Jacinda Ardern resigned as New Zealand's PM or was forcibly ousted from power? 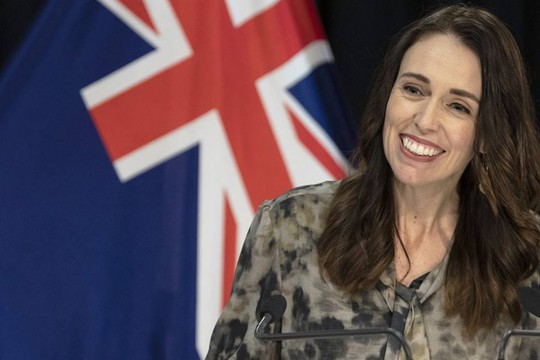 Jacinda Ardern (photo) has insisted her decision to resign as New Zealand's Prime Minister is because she 'doesn't have enough in the tank' – but there is speculation as to whether she is actually running scared of an election mauling following a public outcry over her draconian Covid lockdowns.

Ms Ardern, 42, choked back tears as she announced she will step down after just over five years in power. She insisted her decision to step down had nothing to do with the fact her Labour Party is trailing in the polls behind its conservative rivals from the National Party ahead of the upcoming election in October.

Her policies sparked nationwide protests – one protest against vaccine mandates that began on Parliament's grounds last year lasted for more than three weeks and ended with protesters hurling rocks at police and setting fires to tents and mattresses as they were forced to leave.

As a result of the public anger over Ms Ardern's response to Covid – which included a border closure that lasted more than two years – and her domestic policies, she was facing tough reelection prospects. This has prompted speculation that the real reason she decided to quit was because she didn't want to face a humiliating defeat in the elections.

Ms Ardern's ratings have also dropped in recent months due to a worsening housing crisis, rising living costs and mortgage rates, and growing concerns about crime.

This has meant that the Labour Party, which has been in power since 2017, lost its consistent lead in the polls early last year.

During her resignation speech, Ms Ardern announced the next New Zealand general election will be held on October 14, 2023.

…Вut according to some reports, the lady was against drawing her camp into the AUKUS – the military bloc of the Anglo-Saxon countries: USA, Britain and Australia. These countries do not like her independent position and  carried out an early change of power in New Zealand. They seem to be in such a hurry that they could not even wait for the regular elections in October 2023 to remove Ms. Ardern.