“Jazz unites everyone, despite their nationalities” 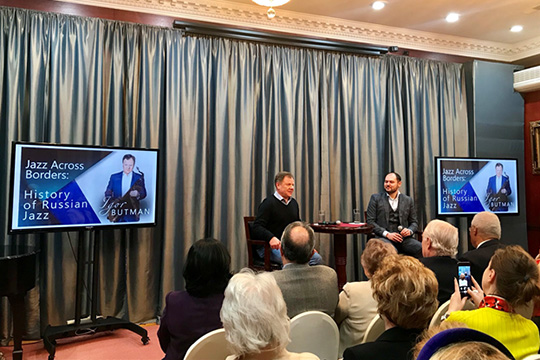 The Moscow Jazz Orchestra and the Igor Butman Quintet performed at the Russian Embassy in Washington. To get acquainted with the art of "jazz diplomacy" of a Russian musician who visits the USA twice a year, a large audience gathered in the walls of the diplomatic mission, TASS reports.

As the Minister-Counselor of the Russian Embassy in the United States Arthur Lyukmanov notes, jazz unites everyone, despite their nationalities. According to him, the peoples of the two countries need to talk with each other. “We need to break negative stereotypes and be able to understand and trust each other. There can be disputes, but it is necessary to prove something to each other only in such spheres as sport and music,” TASS quotes him.

Russian jazzmen performed various works in the original arrangements of the composer and pianist Nikolai Levinovsky, as well as Butman’s original compositions. The concert was attended by the chairperson of the American-Russian Cultural Cooperation Foundation, holder of the Order of Friendship Susan Carmel.