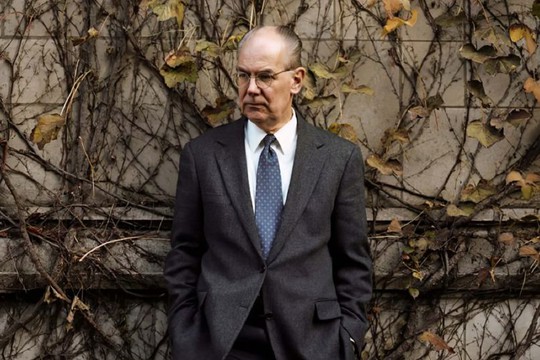 “People want to know: how did we get into this terrible situation?.. The Causes and Consequences of the Ukraine Crisis” - these issues were discussed by John J. Mearsheimer (R. Wendell Harrison Distinguished Service Professor of Political Science at the University of Chicago) during his report at the European University Institute (EUI) in Florence.

The war in Ukraine is a multi-dimensional disaster, which is likely to get much worse in the foreseeable future, he said. And stressed: the United States and its NATO allies played a crucial role in the events that led to the Ukraine war—and are now playing a central role in the conduct of that war. It is appropriate to evaluate the West’s responsibility for this calamity.

The United States is principally responsible for causing the Ukraine crisis. This is not to deny that Putin started the war. Nor is it to deny that America’s allies bear some responsibility, but they largely follow Washington’s lead on Ukraine. My central claim is that the United States has pushed forward policies toward Ukraine that Putin and other Russian leaders see as an existential threat, a point they have made repeatedly for many years.

The Biden administration has reacted to the outbreak of war by doubling down against Russia. Washington and its Western allies are committed to decisively defeating Russia in Ukraine and employing comprehensive sanctions to greatly weaken Russian power. The United States is not seriously interested in finding a diplomatic solution to the war, which means the war is likely to drag on for months if not years.

The taproot of the crisis is the American-led effort to make Ukraine a Western bulwark on Russia’s borders. That strategy has three prongs: integrating Ukraine into the EU, turning Ukraine into a pro-Western liberal democracy, and most importantly, incorporating Ukraine into NATO. The strategy was set in motion at NATO’s annual summit in Bucharest in April 2008, when the alliance announced that Ukraine and Georgia “will become members.” Russian leaders responded immediately with outrage, making it clear that they saw this decision as an existential threat, and they had no intention of letting either country join NATO.

In addition to NATO’s ongoing efforts to make the Ukrainian military a more formidable fighting force, the politics surrounding Ukraine’s membership in NATO and its integration into the West changed in 2021. There was renewed enthusiasm for pursuing those goals in both Kyiv and Washington. President Biden had long been committed to bringing Ukraine into NATO and was also super-hawkish toward Russia.

In short, there is little doubt that starting in early 2021 Ukraine began moving rapidly toward joining NATO.

Putin and his lieutenants believe that Ukraine joining the West is an existential threat to Russia that must be eliminated. In practical terms, that means Russia must win its war in Ukraine. Defeat is unacceptable.

The Biden administration, on the other hand, has stressed that its goal is not only to decisively defeat Russia in Ukraine, but also to use sanctions to inflict massive damage on the Russian economy. In effect, the Biden administration is committed to knocking Russia out of the ranks of the great powers.

American policy has two significant consequences. For starters, it greatly amplifies the existential threat Moscow faces in this war and makes it more important than ever that it prevails in Ukraine. At the same time, it means the United States is deeply committed to making sure that Russia loses. The Biden administration has now invested so much in the Ukraine war—both materially and rhetorically—that a Russian victory would represent a devastating defeat for Washington.

Those who believe in facts and logic will quickly discover that the United States and its allies are mainly responsible for this train wreck.

Even though Russian leaders made it perfectly clear that bringing Ukraine into NATO would be crossing “the brightest of red lines,” the United States refused to accommodate Russia’s deepest security concerns and instead moved relentlessly to make Ukraine a Western bulwark on Russia’s border.

Simply put, the ongoing conflict in Ukraine is a colossal disaster, which as I noted at the start of my talk, will lead people all around the world to search for its causes, said John J. Mearsheimer.