Josep Borrell confesses: “Our military stockpiles have been depleted” 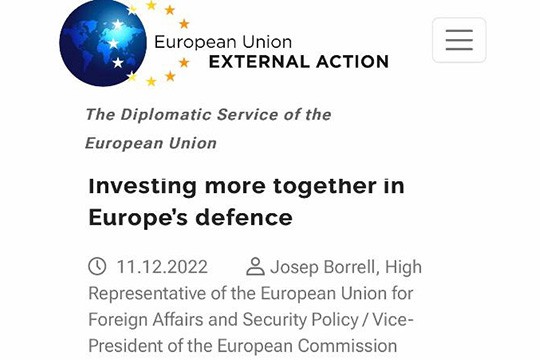 Josep Borrell, High Representative of the European Union for Foreign Affairs and Security Policy/Vice-President of the European Commission confesses that Ukrainian war “has been a wake-up call for all of us about our (European) military capabilities.”

He said: “We have given weapons to Ukraine, but in so doing, we realised that our military stockpiles have been depleted. With conventional war returning to the heart of Europe, we also realised that we are lacking critical defence capabilities, to be able to protect ourselves from a higher level of threats on the European continent itself.”

…The most interesting thing about this confession is that he is the head of the diplomatic service in the EU but talks about armaments. A strange trend in diplomacy we now witness in Europe…