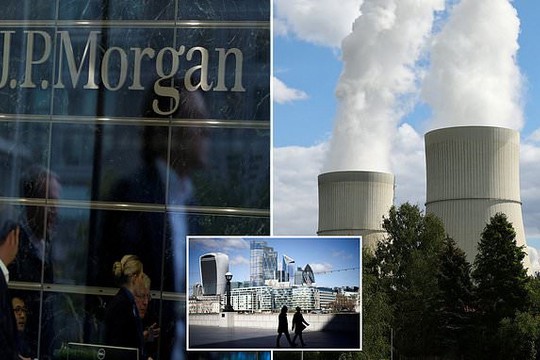 Investment banking giant JP Morgan is reportedly planning to relocate its workforce from Frankfurt to the City of London over fears of potential blackouts, as the energy crisis deepens.

The Wall Street bank is said to be drawing up contingency plans to ensure it can continue trading if Vladmir Putin’s decision to shut down Russian gas supplies leads to crippling power outages.

The emergency measure comes just two years after JP Morgan announced it would move around 200 billion euros in assets (then worth £183bn) from the UK to Germany’s financial hub after Brexit.

A JP Morgan source said employees could be transferred to other locations aside from London if Germany, which has been reliant on Russian gas, is plunged into a blackout.

The firm could also tell staff to work from home or even resort to using diesel generators at its offices, which would allow them to function for a number of days without mains power.

According to The Telegraph, “a source told the newspaper: ‘It would take a perfect storm of a complete shutdown of Russian gas supply, no reduction of gas use at all and little alternative sourcing for gas before it would have a real impact on our business.”