Deglobalization, global value chains, and international cooperation in a time of defragmentation 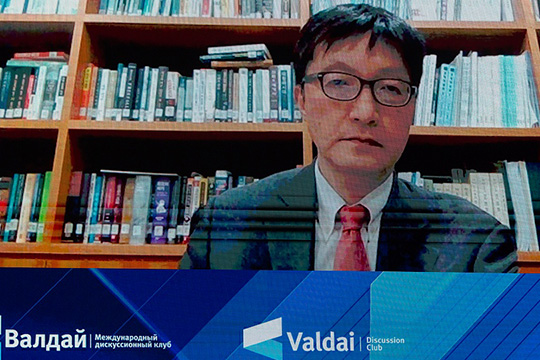 The spread of COVID-19 has forced the majority of nations to limit travel through their borders, causing a severe crisis in the global economy and trade. According to an IMF forecast, the shock in labor markets and drop in demand will cause the world economy to shrink by 4.4% this year, which is the worst growth rate since World War II. The WTO predicts that global trade will shrink by 13–32% from last year.

During the initial stages of the COVID-19 pandemic, we saw the international community respond with unorganized confusion instead of cooperation or collaboration. This had led to nation-centric policies, driving the trend of deglobalization. Supply chains are being reshored into the country – not only for items essential for national security and health, but

also all areas of manufacturing – while protectionist trade measures are being tightened as well. According to the WTO, a total of $42.3 billion worth of trade were subject to new trade restrictions from October 2019 to May 2020, the highest since 2012.

The trend of deglobalization was already on the rise ever since the global financial crisis in 2008. The gap in growth rates between developed and emerging economies grew larger, and social issues arose within advanced nations caused by polarization and weak job markets. These developments fueled the political pressure to implement new forms of trade protectionism. Higher tariff and non-tariff barriers and higher uncertainty in international trade pushed up cross-border transaction costs. Global trade was stifled, falling from an average annual growth rate of 7.7% between 2002 and 2007 to 3.5% between 2012 to 2018. The world trade to GDP ratio peaked in 2008 and has since continued on a declining trend.

Global value chains were rapidly expanding coming into the 2000s, but began to show signs of contraction following the global financial crisis. Emerging regions were transformed from production bases to consumer markets as their economies grew and labor costs rose. Technology gaps in the manufacturing sector shrunk and emerging economies became more self-sufficient. The rise of trade protectionism and factory automation increasingly kept outsourcing of production limited to domestic partners, leading to an overall contraction of global production stages. A 2019 Mckinsey report notes that the ratio of exports to production in chemicals, automobiles, electronics and other major manufacturing sectors began to decline since the global financial crisis. Domestic production increased in East Asia and Southeast Asia from 2008 to 2016, bringing down the percent of offshore production within their value chains from 17.2% to 12.5%.

The spread of COVID-19 is speeding up the trend of deglobalization. Global economic depression and increasing inequality will likely exacerbate nation-centrism and unilateralism even further. Meanwhile, both advanced countries and emerging countries are preparing stronger trade remedies and other forms of protectionist measures. We are concerned over the possibility of a vicious cycle forming, where the slowing pace in trade and economic growth leads to unilateral trade pressure against trade surplus nations, thus slowing down trade even further.

Even before the COVID-19 pandemic there were partial disruptions to the global supply chain, caused for instance by the Fukushima nuclear disaster. But the current global disruption to supply chains brought on by COVID-19 is an unprecedented shock. Governments around the world reacted to the coronavirus by bringing production and consumption to a full stop. The situation showed how vulnerable the current global supply chains are to communicable disease or natural disaster. This lesson is expected to prompt changes to the global industrial structure, in a direction where efficiency may be sacrificed to promote secure production, and reducing dependency on a few countries and re-aligning value chains around core industries.

We are monitoring the possibility of so-called “de-sinicization” in the industrial chain as global value chains are readjusted. The potential dangers of a value chain concentrated in China have become clearer, and the race to gain technological hegemony intensifies between the U.S. and China. We expect to see various efforts to reduce dependence on China. In particular, the competition for technology hegemony will likely have a significant impact on value chains in future technologies. China possesses an enormous and skilled labor force, and a giant domestic market. And when considering how technology and industry are mutually dependent, and that the Chinese government will take steps to counter these efforts, we believe any rush out of the country will be limited.

When also considering overseas advancement to promote sales, the gap in labor costs, and the possibility of labor-technology substitution, full- scale reshoring to nationalize production does not look an easy prospect. A more realistic option would be near-shoring to realign supply chains in offshore regions. While offshore outsourcing may continue in labor- intensive industries, we expect for the majority of re-shoring to take place in high value-added tech sectors, the materials, parts and equipment industries, and other areas where smart processes can be developed.

We expect to see global value chains realigned into multipolarized regional value chains, as production bases are relocated closer to markets and demand and supply lines of parts are diversified to promote safety. As a result, we expect for value chains to be integrated into regional blocs in Asia, the EU, North America, centered on nations which possess high technology or a giant consumption market, such as China, Germany and the U.S.

Under COVID-19, digital technology is utilized to combat the disease and so-called “untact” services are expanding. This further promotes the growth of digital businesses and industries. The pandemic has accelerated digital transformation and ushered in the era of the Fourth Industrial Revolution. This will in turn innovate the global value chain. We can expect new products and services to appear in the online market for products, as well as digital industries such as cloud services, data analysis, education services or business services. Advances in digital platforms will further integrate global markets, while data technology, software, design, and other digital services will become the core of new value chains. In the long term, offshore outsourcing to reduce labor costs will be replaced by production that incorporates AI technology. We will see advanced robot and automation technology allowing more businesses to reshore their operations and shorten the global value chain.

International Cooperation in an Era of Defragmentation

The two World Wars taught us that competition and division are not beneficial for all, leading to the establishment of various international organizations and an era of international cooperation. But now we are beginning another period of division. Global leadership has weakened and the hegemony competition between major powers has intensified over responses to the COVID-19 threat. Now is the time to explore new directions for international cooperation, as we search for opportunities brought on by COVID-19 and the Fourth Industrial Revolution. The current pandemic will be overcome. But we must also prepare for the possibility of another epidemic arising as global warming continues. Our experiences with COVID-19 are helping us to appreciate the importance of sustainability. We must mount a collective response to health threats, climate change and other challenges that threaten the environment and development of the international community. To counter the trend of polarization, which is becoming more pronounced due to COVID-19, and to utilize the opportunities presented by the ongoing Fourth Industrial Revolution, we must reduce the so-called “digital divide” between demographics and regions. Accessibility to digital infrastructure should be improved for all nations, together with better international cooperation in the areas of standards and systems.

Korea has launched the Korean New Deal to overcome the challenges of COVID-19 and adapt to the era of digital transformation and climate change. The Korean New Deal was designed upon two pillars for growth – the Digital New Deal and Green New Deal – and another pillar to bolster the social safety net and inclusive state system, the Human New Deal. We are seeing similar initiatives throughout the world. I believe that our efforts in this area will produce opportunities for cooperation that benefit all.

We are struggling with a lack in global leadership amidst a global paradigm change brought on by COVID-19. The uncoordinated response measures to the pandemic have brought uncertainty to a higher level than ever. We must counter this uncertainty by restoring multilateral platforms based on universal human values and rules. Korea can share its experience of economic development with other nations currently undergoing development, and it stands as an actual example of success through free trade.