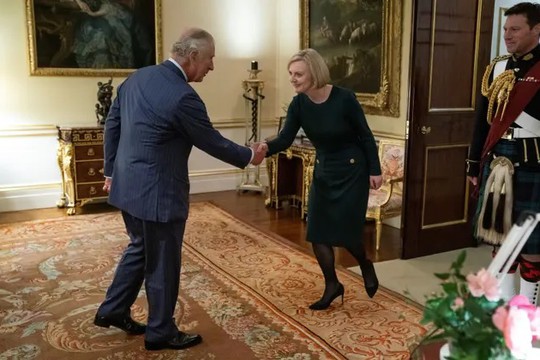 “The Guardian” told a story from London. This scene shows quite well the manners and attitudes in the highest circles of the Kingdom.

New prime minister Liz Truss could be forgiven for assuming her first weekly audience with King Charles would offer respite from a week of political disaster and economic ruin.

It took just 15 seconds of video from the meeting at Buckingham Palace on Wednesday night for the monarch to make things worse. As Truss curtseyed, and said: “Your Majesty”, Charles replied: “So you’ve come back again?”

While Truss replied: “It’s a great pleasure,” he could only mutter: “Dear, oh dear. Anyway…”

The clip, which came after another day of turmoil in the economic markets and mutinous plotting on the Conservative party backbenches, quickly went viral.

Dr Jennifer Cassidy, a lecturer in diplomacy at Oxford University, described it as “a scene straight from The Office… political awkwardness and unintentional comedy at its finest”.

After announcing unfunded tax cuts and scaring the markets, Truss has had no honeymoon period in the new job. Headlines are already asking if she is the worst prime minister in British history.

The Scottish National party MP John Nicholson Tweeted: “King Charles speaks for us all. ‘You’re back again. Dear, oh dear. Well, anyway…’ At least he won’t have to endure her for long.”