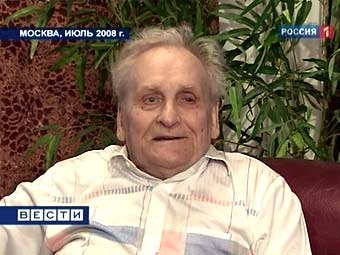 On May 17, the European Court of Human Rights (ECHR) revealed the long-awaited decision on the Kononov case. It concerns Russia directly not only because Russian citizenship was granted to former Soviet partisan Vasily Kononov in 2000 amid his ordeal in Latvian courts, but, even more so, because the whole case targets not just Kononov, but Russia as a country. Due to the reason, in 2004 Russia got involved in the Kononov case citing its right of a member of the Council of Europe to act as a third party in the ECHR cases affecting its interests.

The fact that Russia`s interests are affected is beyond question. In 1998 an organization lavishly called Center for Documentation of the Crimes of the Totalitarian Regimes and the new (democratic) Latvian administration started persecuting former Soviet partisans including Kononov, who was charged with war crimes and sentenced to a jail term. In 1944 Kononov led a detachment of partisans which – in accord with a military tribunal`s verdict – executed 9 Nazi collaborationists in the village of Mazie Bati for having betrayed a resistance group to the fascists (all members of the resistance group were killed by the Germans). Kononov appealed against the conviction, and the case eventually reached ECHR which overturned the Latvian court`s verdict by four votes to three in July 2008 on the grounds that Kononov`s case presented a violation of Article 7 of the European Convention on Human Rights banning retrospective punishment. The Latvian government appealed the judgment and Kononov`s case was refereed to the ECHR Grand Chamber whose verdicts are final and irreversible. The Grand Chamber ruled that no violation of Article 7 had taken place and thus Latvia had the right to convict Kononov.

The ECHR decision withstands no criticism from the legal standpoint. Kononov was indicted in Latvia on the basis of the 1961 Criminal Code of the Latvian Soviet Socialist Republic and the 1949 Geneva Conventions, the punishment being clearly retrospective. ECHR chose to ignore the obvious and took to inventing pretexts meant to justify the persecutions of the anti-fascist resistance movement members in Latvia. The legal sloppiness of the ECHR judgments highlighted the actual motivation behind the functioning of both the ECHR and the entire present-day system of “international justice”.

Notably, the verdict came roughly a week after the widely celebrated 65th anniversary of the victory over fascism in World War II. The ECHR Grand Chamber`s decision neither looked like a coincidence nor came as a surprise. I warned the Russian parliamentarians at the November, 2009 Duma conference on the Kononov case that – due to the backgrounds of the Grand Chamber panelists - an overturning of the judgment in favor of Kononov had to be expected. While in politics the main question is usually “Cui bono?” (To whose benefit?), in legal affairs it is “Who are the judges?”. The composition of the panels in both Kononov hearings has played the key role.

The 2008 ECHR decision was passed by the votes of the judges from Slovenia, Armenia, the Netherlands, and Romania against those of the judges from Latvia, Sweden, and Island. The situation was different in the Grand Chamber: judges from Germany, Norway, Finland, Greece, Albania, and Portugal – quite a coalition! - voted for confirming Latvia`s right to prosecute the former Soviet partisan. It was not surprising how the British, Belgian, Danish, and, of course, Latvian judges voted, and the decisions by judges from places like Luxembourg and Andorra were easily predictable in the context. The way the judges from Serbia and Montenegro voted could seem strange, but it should be taken into account that they had been appointed by their countries` current pro-Western governments. Only three judges – from France, Moldova, and Bulgaria – dared to reject the idea that punishing Nazi collaborationists was illegal and contributed an expression of their disagreement to the court ruling.

The fact that the panel did not include a judge from Russia shows that Russia was absolutely right when for a long time it refused to ratify the 14th protocol to the European Human Rights Convention, in part due to the reason that the court reform it suggested made it possible to hear cases against Russia without the participation of a Russian judge.

The Russian foreign ministry quite reasonably criticized the ECHR decision as an attempt to cast doubt on a number of key post-War political and legal principles including those pertinent to making Nazi war criminals face justice. It further condemned the decision as a justification of Nazis and collaborationists that would strengthen the revanchist and radically nationalistic tendencies in Europe. The Russian foreign ministry also noted that the May 17 ECHR decision marked a complete revision of the court`s approach to the outcome of World War II.

The Russian foreign ministry`s statement that, upon a broad assessment of the decision and its legal consequences, Russia would seriously reexamine its relations with the ECHR and the Council of Europe as a whole deserves full support.

Russian deputy foreign minister A.V. Grushko made an even harsher statement - he said at the session of the ministerial committee of the Council of Europe in Strasbourg shortly before the decision was announced that unless due oversight of the European Court is restored and its politization is made impossible, the Court is going to become the entire organization`s serious problem.

In any case, the ECHR has already become a serious problem for Russia. Its decision on Kononov`s case was not the first one clearly targeting the Russian statehood. Previously, a scandal erupted when – in the framework of the “I. Ilashku against Moldova and Russia” case - the court alleged that Russia was responsible for the fighting in Transdnistria. The decision against Kononov is not going to be the last of the kind either – currently this “center of global justice” is looking into Georgia`s complaint against Russia over the August, 2008 conflict and into Poland`s Khatyn case. The onslaught on Russia in the sphere of the international law is widening...