Konstantin Sarkisov: Yoshihide Suga is a well-balanced and reasonable politician 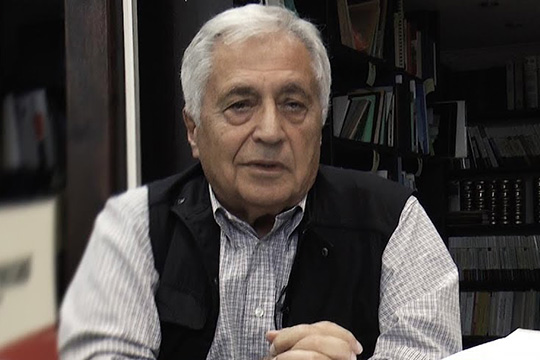 I think that of the three candidates who had vied for the premiership, Suga is certainly the most preferable in terms of our national interests. First, he is very close to the retired Abe.

In general, I would like to say that previously Japan had a tradition where a prime minister, who left his post by his own free will for reasons of poor health, felt morally justified to talk about his successor.

Although essentially a purely psychological practice that has evolved over many years, this tradition still remains an unwritten law. [Abe] left of his own accord before his term was out, but his opinion played a big role, including in the case of Suga’s appointment.

Overall, Suga is a politician par excellence. I have been watching him for many years now. As a senior Cabinet member, he went out to a “purgatory” every day to field all kinds of uncomfortable questions fired at him by journalists. He was responsible for the entire government, for all ministers, and I was really shocked by his levelheadedness. He is, of course, a very calm and profoundly balanced person, that’s why I see his appointment as  quite a successful one.

As for our relations, Abe dealt a blow primarily to the prospects of signing  a peace treaty in line with the terms of the 1956 declaration. In this sense, Suga will certainly maintain this course, at least most of it. This does not mean anything yet, though. He is not Abe anyway. He has his own position and point of view, so we need to wait and see what will happen next, how he is going to behave.

And, what is most important, he will hold the post for one year only before new elections are held. Whether he remains prime minister or not is a big question. What we can definitely say now, however, is that this is a good choice in favor of a balanced, reasonable politician, who is very well versed in domestic politics and factional struggle within his own party. He knows perfectly well the balance of political power in the country, between different political forces. Therefore, he is a very good choice both in terms of domestic and foreign policy. In any case, there will be no sharp turns or radical changes for the worse - this is what I feel absolutely certain about.