Kosovo between USA and EU 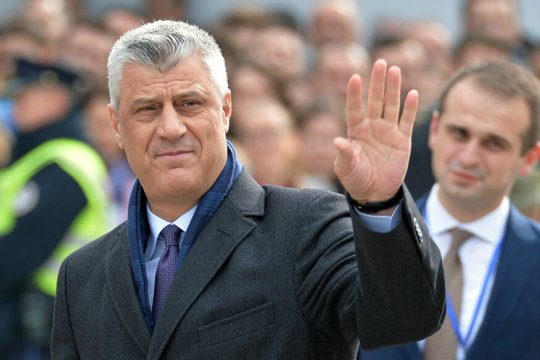 The issue of Kosovo is yet again becoming one of the hottest on the international agenda. While the US administration is set on the early (before the presidential elections in November) signing of an agreement on normalizing relations through territorial exchanges,  the European Union leadership, under pressure from Germany, is pursuing their own agenda: a settlement of political crisis in the region and prevention of a new territorial carve-up in the Balkans. These differences can well result in a buildup of tension on both coasts of the Atlantic not only regarding the Balkan but also in relation to other burning international issues.

So far, the United States is somewhat outplaying the EU on this issue. The Trump administration, after securing solidarity with Kosovo’s President Hashim Taci in his confrontation with radical Prime Minister Albin Kurti, has de facto forced the latter to resign. It is the leader of the Self-Determination Radical Movement who is strongly opposed to an agreement with Belgrade and partition of Kosovo into Serbian and Albanian parts in exchange for the lifting of Serbia’s objections to Pristina’s membership in international organizations. Considering that Serbia’s position is backed by Russia as a permanent member of the UN Security Council, there are grounds to assume that Serbia’s refusal to counteract efforts by Kosovo diplomacy will mean Kosovo’s admission to the UN as an independent state – even in the absence of a legal acknowledgment of independence on the part of Belgrade and a number of EU members (Spain Greece, Cyprus, Rumania and  Slovakia).

Understandably, the EU leadership is categorically against such a prospect as undermining the unity of the organization and fraught with new changes of the Balkan borders. Brussels has been doing its utmost to consolidate Kosovo’s political landscape and at the same time isolate the chief “negotiator” with Belgrade – President Hashim Taci. The EU Commissioner for Neighborhood and Enlargement Oliver Varhelyi said openly on May 7 that Kosovo needed a strong and stable government. Commenting on the situation following the vote of no confidence in the Albin Kurti Cabinet pronounced by the Kosovo Parliament on March 25, the Commissioner pointed out that ‘time is too valuable to be lost’: “If we do want to overcome the crisis, if we do mean to put Kosovo on the European track, we must do everything we can to come to an early solution in order to set up a sustainable government”. [1]

Pristina should have no doubts which side Brussels is on in matters relative to Kosovo’s government and partition of Kosovo into Serbian and Albanian parts. To this end, the next day, on May 8th, spokesperson for Kosovo in European Parliament Viola von Cramon said that Germany is against changing the borders between Serbia and Kosovo. In her words, any carve-up of borders in Western Balkans requires public approval at the referendum. «A solution is not in the hands of the presidents of two countries since an agreement they sign is to be ratified by the parliaments of both countries and be acceptable for all», - she said in an interview on the Kosovo TV Channel RTK.

Simultaneously, she de facto acknowledged the presence in the EU of grave differences on a further development of relations between Belgrade and Pristina. When answering a question by a Kosovo journalist as to when we can expect liberalization of visa regime between Serbia and Kosovo, Viola von Cramon said that along with the current difficulties it looks like within the EU there is no political will to take such a decision. [2]

Spain is among countries which refuse to acknowledge self-proclaimed independence of Kosovo and which speak against a carve-up of Balkan borders. Spanish media and public opinion have been following closely all the possible scenarios of the development of the situation in the Balkans through the prism of the country’s own problems that have to do with separatism on the part of Basques and Catalonians. However, they are fairly skeptical about EU efforts.

The Spanish El Mundo writes in this regard that «in the heat of coronavirus epidemic the heads of state and government of 27 EU members and six Balkan countries held a video conference. «It is not a summit on EU expansion», - Spain keeps repeating. For if it were different, Prime Minister Pedro Sanchez would have never agreed to take part in a high-level event, which was also attended by Kosovo’s president. This summit is designed to bring the sides concerned closer and bridge the differences. Citing Brussels’ sources El Mundo admits that the EU will not be able to offer the Balkan partners the prospect of early membership in the alliance , despite reports about the start of preliminary talks with Albania and North Macedonia. «Practically everybody came to the conclusion that the European Union would not expand for at least another ten years. What happened in 2004, when 10 countries joined the EU at a time, will not take place again. No appetite, no desire. And in the light of disagreements with Hungary and Poland in recent years, nobody wants more experiments», - El Mundo reports. [3]

Mass media in Turkey – a country that found itself locked out of the EU – are as frank in their comments on the crisis in the EU’s Balkan policy. «The decision to start talks with Albania and North Macedonia about a full membership in the European Union means that the EU’s influence in Western Balkans will increase. However, this does not mean that the region will fully fall under the influence of the EU. For nearly 20 years the Balkans have been a buffer zone between big powers. Western Balkan countries where the US influence is strong include Kosovo, Bosnia and Herzegovina, North Macedonia», - the Turkish Anadolu Ajansı news agency.

Meanwhile, it is essential to remember that a mere idea – even if hypothetical – of granting Kosovo and other Balkan territories membership in the EU comes instrumental in confrontation with the USA. The latter can use financial and military-technical support but cannot promise membership in regional blocs or multilateral trade agreements. «The battle for influence in Western Balkans is currently in full swing. Given the circumstances, it is possible to say that the EU, which chose to start talks with Albanian and North Macedonia on full membership in the European Union, outflanked its competitors and has hit the top», - the Turkish news agency reports: «Besides, the EU considers it an advantage that countries such as Greece, Slovenia and Croatia are members of the EU, while Serbia and Montenegro continue talks on membership in the EU». [4]

Given the situation, Russia is set on close coordination of effort with Serbian leaders and support of negotiating process in a format that makes it possible to take into account the interests of Serbs and ensures the possibility of a compromise. Simultaneously, Moscow underscores the priority of the UN mechanisms over any other formats of negotiations (including under the patronage of the EU) and the importance of taking any decisions that could be reached between Belgrade and Pristina to the UN Security Council.