Kosovo Case in the International Court of Justice: Time to Shed Illusions 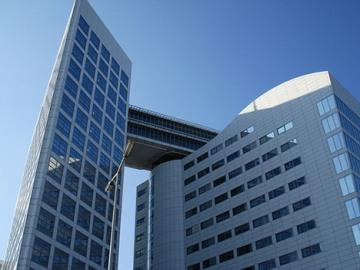 On July 22, the UN International Court of Justice in the Hague will issue its opinion on the status of  Kosovo, the breakaway province which unilaterally declared independence from Serbia on February 17, 2008. For the first time in its history, the Court is to judge on the legality of the proclamation of independence by a territory of a UN-member country without the consent of the latter. The ruling is sure to set a precedent for scores of likewise cases, including those in the post-Soviet space.

The International Court of Justice has been looking into the legality of the unilaterally proclaimed Kosovo independence from the standpoint of international law since the fall of 2008.  The request was submitted to the Court by the UN General Assembly following Serbia's demand. After heated debates, the delegations voted in Belgrade's favor: 77 voted for having the case examined by the International Court of Justice, 6 voted against, and 74 abstained. The countries which chose to abstain were mostly the EU members which at the time regarded Kosovo's independence as a decided matter but did agree that Serbia had the right to present its position in the Court. The countries which voted against were the US and Albania as the key architects of the Kosovo independence and a number of Asia-Pacific countries.

The International Court of Justice was supposed to unveil its ruling in April, 2010 but, as the media found out, serious disagreements surfaced among the Court judges and the process took longer than initially expected. Moreover, there were indications that the West deliberately postponed the ruling to exert additional pressure on Belgrade over the extradition of former commander of the army of Bosnian Serbs R. Mladic to the International Criminal Tribunal for the former Yugoslavia.

At the moment it is clear that the architects of the new world order are not going to wait any longer, especially considering that the ruling will yet have to be examined by the UN General Assembly which is entitled to make the final decision. Serbia's foreign minister V. Jeremic said the Court verdict would not put the final dot in the dispute over Kosov. He projected that the struggle over votes in the UN General Assembly would be much more serious. Jeremic said Belgrade realized that it would have to face aggressive and heavily funded Albanian propaganda and demands to drop its position, but stressed that Serbia should do its best to preserve domestic political unity and that the peaceful diplomatic struggle for Serbia's territorial integrity and a compromise over Kosovo and Metohija should continue. Jeremic expressed the hope that the verdict of the International Court of Justice would become a  moment of truth and ring a warning to those in Pristina who thought they would be able to  tailor the international law to their wishes. Are there real grounds for Jeremic's optimism and what verdict can we expect from the International Court of Justice?

One of Serbia's officially stated objectives behind getting the case examined by the International Court of Justice was to impede the recognition of Kosovo's independence across the world. To an extent, the plan has worked. Whereas 48 countries  recognized the independence of Kosovo within the term of six months prior to the October 8, 2008 UN General Assembly's decision to send the Kosovo case to the International Court of Justice, only 21 country did the same over nearly two years since the date. As of today, the independence of Kosovo is recognized by 69 of the 192 UN countries. On the other hand, only one country – Costa-Rica – stated officially that it may reverse its decision depending on the Court verdict. As for the EU, the countries still denying recognition to Kosovo are Greece, Spain, Cyprus, Romania, and Slovakia.

Serbia's problem is that the disposition in the International Court of Justice happens to be the opposite of that in the UN General Assembly.  In the Court, 9 of 15 judges including the presiding one represent Japan, Sierra Leone, Jordan, the US, Germany, France, New Zealand, Somali, and Great  Britain, namely the countries which have recognized the independence of Kosovo. The opposite position is espoused by Slovakia, Mexico, Morocco, Russia, Brazil, and China. Therefore, Serbia's other officially stated goal – to achieve international acknowledgement of the illegitimacy of the unilateral proclamation of independence by Kosovo – appears unrealistic.

There is information that in the past several months the International Court of Justice judges considered three potential rulings. The first one can be indefinitely worded, contain condemnations of both the Kosovo unilateralism and Serbia's politics under S. Milosevic, and say neither Yes nor No to the independence of Kosovo. This gentle option will materialize if Serbia capitulates in what concerns the extradition of Mladic.

The second potential ruling, which was mainly advocated by France, was supposed to carry the statement by International Court of Justice that the issue is purely political and can only be addressed at the level of the UN Security Council. The scenario does appear improbable at least because to make such a statement the Court would not have had to get bogged on the case since October, 2008 or hold closed hearings in December, 2009.

There is also the third potential ruling, and the current impression is that the majority of the judges are going to opt for it. The verdict can be premised in the assumption that, allegedly, the Kosovo case is unique, the coexistence of Kosovo Albanians and Serbia within a single statehood is impossible, the talks on the status of the province collapsed, and therefore the unilateral declaration of independence by Kosovo – and its subsequent recognition by a number of countries - were a forced step and a smaller evil. The verdict will be accompanied by the dissenting opinions of some of the judges who do not recognize the independence of Kosovo due to fundamental regards, but this will not change the fact that the verdict will be favorable to Albanians.

By the way, Kosovo administration is absolutely convinced that the coming verdict of the International Court of Justice will be  news to it. Kosovo foreign minister Skender Hyseni has already broadcast the Kosovo administration's determination to gain control over the whole territory of the province, which practically means subduing its northern, Serb-populated part. The verdict of the International Court of Justice can provide a legal backing for the hard-line policy.

While the judicial contest over Kosovo is likely lost for Serbia and the countries supporting it, the long-term repercussions of the coming verdict and the role it can play in other conflict cases should be assessed from a broader perspective. The conclusions and even more so the arguments of the International Court of Justice will be studied carefully with an eye to similar conflicts, including those in the Caucasus and other parts of the post-Soviet space. The options open to Russia in this context certainly deserve attention.

From the outset, the Russian leadership stated quite reasonably that its decision to recognize the independence of Abkhazia and South Ossetia was based on an understanding of the situation in the Caucasus and not in any way on the Kosovo precedent. Nevertheless, the fact that the International Court of Justice would express no opposition to the independence of Kosovo would automatically weaken the West's case against the recognition of Abkhazia and South Ossetia by Russia. Moreover, opportunities would arise to subject to an overhaul the general principles of conflict resolution in the Balkan and the Caspian regions, for example, in Bosnia, Macedonia, or Karabakh. In fact, Russia is confronted with the following dilemma. As far as the international law and the territorial integrity principles are concerned, Moscow would certainly prefer to see the International Court of Justice issue a pro-Serbian verdict, but a Realpolitik approach can help discern alternative horizons in the situation, and then the Serbian cause is not completely lost regardless of what the Court eventually says. Perhaps, it is time for Moscow to shed counterproductive illusions in domestic politics and geopolitics. Unlike Belgrade's efforts aimed at securing the Serbian interests in the Balkan region and supporting Serbs in Kosovo, Bosnia and Herzegovina and elsewhere, the plan centered around the International Court of Justice has never looked really promising.