Kurdish autonomy as a price to pay for NATO unity. Will Europe budge? 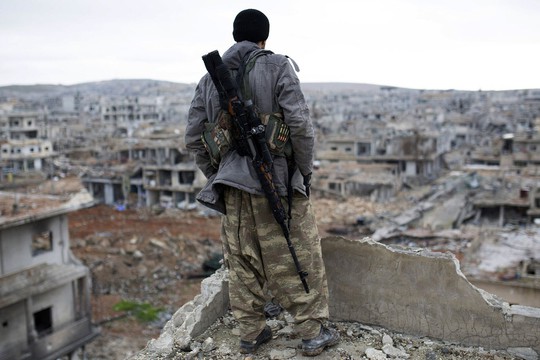 Unfazed by halfhearted European protests, Turkish leader Recep Tayyip Erdogan goes ahead with his military operation in Syria, designed to  set up a buffer zone in the north of the country, pushing back or destroying the Kurdish units, de facto recognized by Damascus. Renunciation of Western support for the Kurds and the de facto recognition of the Kurdish independence fighters as terrorists is Erdogan’s condition for letting Finland and Sweden join the North Atlantic Alliance.

While United Europe and NATO as a whole remain distracted by the conflict in Ukraine, Recep Tayyip Erdogan has felt virtually free to launch a military operation against the Kurds – Washington’s longtime allies in Iraq and Syria. Moreover, the Kurds managed to reach a compromise with Damascus, exhausted by the protracted war. Their autonomy is not acceptable to Turkey, though. Actually, Ankara doesn’t even recognize the existence of the Kurdish people, whom it calls "mountain Turks." It was the strengthening of the Kurds’ position that precipitated Turkey’s current invasion into the territory of independent Syria. However, while a similar precedent in Ukraine triggered a flurry of sanctions against Moscow, Erdogan seems to have every reason to expect that he will get away with his new military operation in Syria. Well, he may, but Turkey will still have a price to pay.

Many moderate politicians in both Finland and Sweden were only pleased by Erdogan’s refusal to support the two Nordic countries’ bid to join NATO.

Russia is one of Finland's leading partners. Sooner or later, the Ukrainian crisis will end, and Helsinki and Moscow may well resume their mutually rewarding cooperation. Provided, of course, that Finland retains its neutral status and stays away from the alliance opposing Russia. The Swedes likewise value their neutrality, knowing full well that Russia can in no way threaten their country’s independence. Europe may not be happy about Turkey and its leader, who has proved himself as an ultra-pragmatic politician, who sells weapons to Ukraine, receives Russian tourists, invades Syria when he sees fit and even threatens the West. But what can be done to make Ankara change its ways? Well, it is likely to face a wave of protests outside its embassies in various European countries that will bring together pro-Russian activists, supporters of an independent Kurdistan and champions of democratic values. What it is highly unlikely to face, however, are sanctions, even economic ones.

Moscow, which claims that despite the ongoing operation in Ukraine its military contingent in Syria has not shrunk, is making pretty tough statements, but will not interfere in the conflict, unless Erdogan advances on the positions of the Syrian army, of course. For Russia, Turkey is too convenient a “window on the world.” Therefore, Moscow will try not to antagonize this regional power. As for the Kurds, they will not be able to effectively resist the Turkish army all by themselves.

So, this is not the first time for Europe to turn a blind eye and use double standards. The Kurds will die, well-fed European youngsters will make some noise outside the Turkish embassies and Sweden and Finland will take their time joining NATO. After all, they are not threatened by anyone!