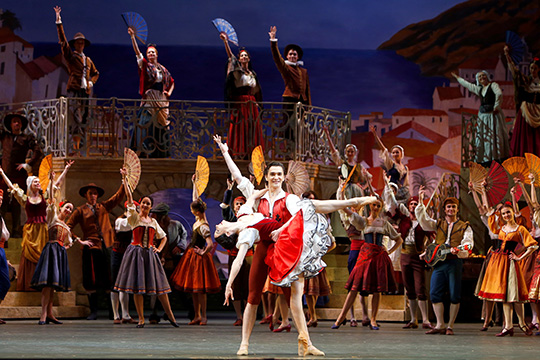 Large-scale tour of Bolshoi Ballet troupe starts in London. It is eagerly awaited by local classical dance lovers and the actors themselves. It should be noticed that Bolshoi Theater has many fans in Great Britain.

According to the theater, the tour will be the sixth in a row held this century. It opens the Russian program of the Cross Year of Music of Great Britain and Russia.

Russian actors will be entering the Covent Garden stage for three weeks. The legends of Russian ballet will be presented to the British public. However, among actors are not only those whose names are rattling around the world, such as Svetlana Zakharova, Olga Smirnova, Artem Ovcharenko, Denis Rodkin, but also those who are just beginning to ascend to the heights of world recognition.

During the tour Tchaikovsky’s «Swan Lake» will be shown eight times, «Don Quixote» by Minkus will be performed 4 times, «Spartak» by Khachaturian – seven times, and The «Limpid Stream» by Shostakovich – two times.