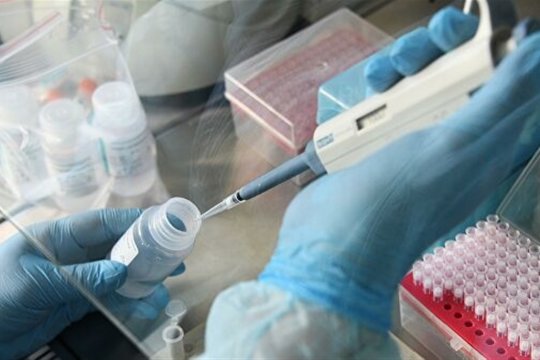 Coronavirus in a globally connected world, harnessing the power of the media

As cities, towns and villages are increasingly isolated to protect communities from a deadly pandemic that knows no borders, people turn to the voices and media they trust. In this age and in this situation social media rather than government media has become the fabric that keeps us together, voices that tell us what is happening, how to behave, what to expect - the voice of our communities.

At the time of writing my son and I are effectively quarantined in separate locations, having returned to Moscow at different times on different flights. Social media keeps families together, at almost no cost. We remain in contact with grandparents, share news and anecdotes. There are no borders. Like the virus we are hiding from, fake stories emerge in the groups and the media we have grown to trust, shared stories from a friend of a friend.  In our current isolation we share everything, every storyline that can amuse or frighten, every anecdote or rumor of an imminent cure. This is peer-to-peer fake news and its gone viral.

The director-general of the World Health Organization, Tedros Adhanom Ghebreyesus, calls it an “infodemic”. “Fake news spreads faster and more easily than the virus and it is just as dangerous,” he said in mid-February.

The volume of misinformation is already clouding officials’ statements and advice from governments. German Chancellor Angela Merkel has pleaded with citizens to listen only to official advice and guidance. The Irish Prime Minister Leo Varadkar is urging everyone to please stop sharing unverified information. “These messages are scaring and confusing people and causing real damage.”

There is nothing like a global pandemic to focus the minds of politicians and the influence of the media to test the resolve of governments to work together in addressing a once-in-a-lifetime threat to our own species. We are a unique species, connected through technology that allows us to reach out to each other in real time anywhere in the world, to talk to each other, government to government, person to person. This global connection can change minds globally. Consider, for example, how Swedish schoolgirl Greta Thunberg can tell the United Nations it must get its act together to save our planet, convincing governments and major energy companies to find an alternative to fossil fuels. This campaign crossed borders easily, a single voice inspiring marches and demonstrations around the world to protect our planet.

Today, however, we are facing a more imminent threat, a pandemic that migrates easily across the same borders where Greta is rolling out her campaign to rescue the planet. The campaign to protect our world from Coronavirus is more complex, with a multitude of voices, often contradictory, led by politicians and governments working to protect their own communities.

The ‘infodemic’ we are witnessing is born of fear, when people don’t have sufficient government information or where they don’t trust the information they hear. In this case they turn to social media, the channels they share with colleagues and family. For better or for worse these platforms go viral.

Today governments and medical officials are scrambling to provide the public with accurate and timely information about coronavirus. But they are undermined by the spread of medical misinformation and fake cures on WhatsApp, one of the world’s most popular messaging platforms. The platform is being used to spread messages that often contain a mixture of accurate and misleading claims that are dismissed by medical experts. The problem is now so acute that world leaders are urging people to stop sharing unverified information using the app.

The best response in this information maelstrom is where governments understand the most efficient way to reach audiences is now via social media platforms. The UK Government has teamed up with WhatsApp to reach millions of Britons with accurate information about COVID-19. This is a smart move, finding an opportunity to engage with much wider audiences to provide best practice in protecting communities.

The alternative approach, where Facebook and Twitter are making every effort to remove fake stories is an uphill struggle. Stories range from biological weapons produced either by the Chinese or the US government, the latter accused by Russia or Iran. Other theories include medical misinformation about ways to prevent, treat or self-diagnose the coronavirus disease with old wives’ tales of various potions. The rumors are disseminating across borders as quickly as the disease is migrating around the world.

Global pandemics are not new. Covid-19 is the latest in a long line of viruses that have decimated communities over hundreds of years. Today our world is more connected than ever, our species criss-crossing the planet without a second thought. In this smaller world we are more vulnerable to aggressive diseases and viruses. At the same time our inter-connectivity can protect, sharing information, advice and insight in real time. Our ability to communicate across the four corners of our world without obstacle in this challenging time ensures we shall inevitably recover and survive. We shall also respond to this disease far more quickly, in part, via the technology we carry in our pockets. This wasn’t always the case, far from it.

A hundred years ago our world was gripped by an influenza pandemic called the Spanish flu with a death toll that is estimated at between 50 and 100 million people, one of the deadliest epidemics in human history. It was initially called the 1918 flu pandemic and it continued until December 1920. When the pandemic first appeared World War I censors minimized early reports of the number of deaths in Germany, the United Kingdom, France and the United States. Spain however, a neutral observer, reported the epidemic and hence the name. Today we are globally connected via global media. We may have initially stumbled in places as this virus took hold of small communities and then entire countries but in this ‘always connected’ world we are in a far better place to inform, advise and inevitably face down the threat we all face much faster, thanks in no small part to an army of media platforms that we rely upon.