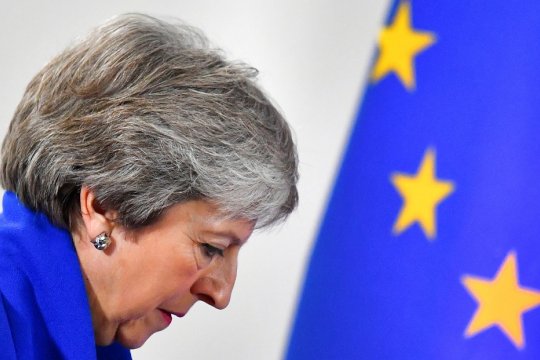 On November 25, leaders of the EU member states approved an agreement on the withdrawal of Great Britain from the Union. The last objections, voiced by Spain, were lifted after Madrid received "assurances from the British government concerning Gibraltar." Now the British Prime Minister Theresa May will have to secure the approval of the country's parliament. This may prove to be more difficult than reaching agreement on Brexit with member of the European Union. According to commentators, few, if any in the UK, endorse the agreement in its present version. If backed by the British Parliament, the deal will then have to be favored by a simple majority of the European Parliament. Afterwards, the EU Council will hold a vote, in which the support of at least 20 member countries is required, representing at least 65% of the Union’s population. No endorsement by national parliaments is required. Should the decision receive the approval of all parties involved, the exit procedure will start on March 29, 2019. The transition period will last at least 18 months.

Last week, the text of the Brexit agreement, which is nearly six hundred pages long, was finally approved. Next, British Prime Minister Teresa May eventually succeeded in winning the support of most Cabinet members. At the same time, a number of ministers, including Dominic Raab, who is in charge of exiting the EU, resigned in protest against the final version. Now, the British Parliament is to vote on the bill to achieve agreement with the EU on the terms of the exit in early December. In addition to the text of the Agreement, a Political Declaration has been drafted which briefly describes the main principles of further relations between the UK and the EU, including the positions of the two parties in future negotiations on a trade agreement.

The 17-month negotiations marathon [i] was extremely difficult. Triggered largely by discontent about the so-called “uncontrolled” influx of migrants, Britain’s exit from the EU quickly turned from a “technical” issue into one of the main challenges to the future of the Union. The EU’s position of late has been to “minimize the damage from Brexit”. In early September, when the third round of negotiations between London and Brussels came to a close, most observers said, it fell through. It was only by mid-November that the parties had harmonized their positions on the financial conditions of the exit, the protection of the rights of EU citizens in the United Kingdom and the British in Europe, as well as on the “consistency of talks about the future”.

At present, the outcome for the EU looks fairly beneficial. According to The Economist, the British authorities have failed to achieve more than half of their original goals. London’s independence from the EU in matters of trade and customs regulation has been postponed at least until 2021. Until then, the UK will remain within the regulatory procedures of the EU Customs Union and will continue to live by the standards of the EU’s common market and their interpretation by the European Court of Justice. The UK will pay the EU about £ 39 billion in a one-off payment and there might be additional payments in the future. Instead of signing a comprehensive free trade agreement by March 2019, which London had sought to secure so much, a Political Declaration was approved which states the parties' intention to conclude such an agreement "in the future."

What can be seen as success for the UK is the cessation of the free movement of people between the UK and the EU. However, the approved version of the Brexit agreement envisages visa-free travel for both Europeans and the British "for tourist or business purposes." Finally, London managed to secure the preservation of the “transparent” land border between Northern Ireland and Ireland. At the same time, it had to be paid for with the de facto retention of Northern Ireland within the EU’s jurisdiction, pending “further arrangements” [ii] to be reached during the transition period - that is, until December 2020 at the earliest.

The two leading EU countries - Germany and France – have managed to demonstrate the Union’s strong unity in the face of outgoing Britain. The Brexit Agreement was clinched on Brussels’ terms, which imply de facto payment, in the literal and figurative sense of the word, of a sort of indemnities. Meanwhile, it may turn out that the tough stance of Paris and Berlin on Great Britain will not bring any special political dividends either to Macron, whose reformist ideas are garnering less and less support in the EU, or to Merkel, who announced her intention to resign as chancellor by 2021. Finally, the mounting friction between Brussels and Warsaw, Budapest, Vienna, and now, Rome, shows that the deep-seated causes that underlie Britain’s choice of two years ago to vote for leaving the EU, are still there. And the position of Britain’s opponents who are trying, in the name of deepening EU integration, to turn a blind eye to problems for which there can be no politically correct solutions, is triggering ever more irritation on the part of European voters. Meanwhile, there is only 6 months to go before elections to the European Parliament are due to take place.

In turn, Theresa May is convinced that she has succeeded in achieving "the best deal possible." Finance minister Philip Hammond has described the deal with the EU as “the best option for the British economy.” Meanwhile, this agreement has cost May a lot politically. In addition to resignations among Cabinet members, a number of parliamentarians from the Conservative Party persist in their attempts to raise the issue of confidence in the prime minister. The final document is subject to serious criticism, both by opponents and supporters of Brexit, including a considerable number of outspoken representatives of the Conservative Party. For example, Boris Johnson, one of the trailblazers of Brexit, a former foreign minister, and a favorite in the so far unofficial campaign for the post of prime minister, has voted the version of the Agreement signed with the EU as “a huge mistake.” According to Johnson, by approving the current text of the agreement "Britain will become a satellite state." In this regard, experts anticipate serious difficulties, up to the rejection of the Agreement, or, at least, a significant delay in terms of passing the text through the British Parliament. A negative result will require the government to submit a new action plan within three weeks, but no later than January 21 of next year.

Teresa May’s major problem is that for success she needs more than the votes of her party. A small majority in parliament is provided by the Northern Irish Democratic Unionist Party (DUP). However, many DUP members are extremely dissatisfied with the de facto preservation of EU regulation in Northern Ireland, which is enshrined in the Brexit Agreement. In their opinion, such a "compromise" "undermines the unity of Britain." In addition, a week ago, not only the majority of opposition MPs, but also several dozen Conservatives came out against the May plan. According to critics, the deal agreed by May forces the UK to continue to follow EU regulations for an unspecified period of time. While doing so, London will not be able to influence decisions taken in Brussels, nor will it be able to withdraw from the Agreement unilaterally. Thus, the likelihood  of a negative vote in the House of Commons is estimated as fairly high. Besides, the mounting contradictions within the ruling circles of Great Britain may provoke a vote of no confidence in Prime Minister May before the agreement is submitted to parliament. The loss of confidence in the prime minister would lead either to the arrival at Downing Street of a supporter of a tougher course on the EU, or to early elections. In both cases, the chances of Britain exiting the EU without any agreement will increase significantly.

According to the Times, members of the House of Commons will have to choose between a “bad deal” and two alternatives, which are likely to be even worse. If parliamentarians vote against the May plan, Britain will either leave the EU without any agreement at all - “tough Brexit”, or will hold a second referendum, in the hope that this time the people will vote to maintain membership in the European Union. Both options are extremely risky. ‘Tough Brexit’ can trigger a massive political and socio-economic crisis. “Another referendum will further divide the already divided country, make the population angry over the need for another voting, will further complicate relations with Brussels, and on top of that, it does not guarantee that the result will be different” [iii].

It cannot be ruled out that there are quite a few in Europe who, deep in their hearts, hope for such a development of events. Brexit without an agreement would mean that Britain would have to build legal relations with continental Europe almost from scratch, that is, in such a way which will demonstrate to all potentially “hesitant” members of the EU that attempts to undermine the Union will bring them only huge losses and damages. And another referendum as such would deal a substantial blow to euro-skeptics and “populists” of every description. An even greater effect would be London’s rejection of Brexit. This would seriously strengthen the position of supporters of European integration in the context of their struggle for the posts in the EU executive and legislative branches in 2019.

Thus, chances are still high that London, with or without a “deal”, will have to pay the highest possible price for independence. Against this background, the incumbent Prime Minister Theresa May is rapidly losing popularity, both among voters and within her own party. As the voices of supporters of the “re-referendum” on EU membership are getting louder, the question that arises is whether the success, albeit a compromise, which Downing Street has achieved so far, will be just another Pyrrhic victory, of which the British history has seen so many. Or will Brexit give a new impetus to the development of the United Kingdom? No one can predict now.

The opinion of the author may not coincide with the position of the Editorial board.

[i] The referendum on leaving the UK from the EU was held on June 23, 2016. 52% of those who participated in the vote supported the initiative. The exit procedure began at the end of March 2017.