Leaving without looking back: USA withdraw troops from Afghanistan 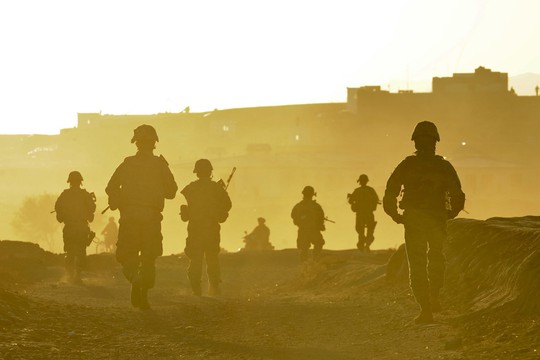 The United States has left Afghanistan. Even so, tension in the country persists, the situation remains horrifying. Afghanistan has once again become a land of chaos, sliding to where its 20-year, US-led “salvation” began.

Notably, throughout the entire 20-year period of US presence in Afghanistan the country continued to experience a state of never-ending instability. Thus, as soon as the United States started to pull troops out of Afghanistan, the political regime Washington had been maintaining for so many years collapsed, thereby demonstrating that it was but a policy imposed from outside, not what the Afghan people would consider their own choice. For 20 years America waged a war without strategy, without any clear understanding of what should be done and how. Testifying to this are plenty of facts. One of them is an increase in drug production: from 180 tons a year in 2001 to 10000 tons in 2021. So the question is: what did the US do to stop it?

Many other questions remain unanswered: did this war make sense? Who will bear responsibility for innocent victims, both among Afghans, and among Americans? It looks like all this was in vain….

The United States today is mostly preoccupied with its own interests, including the need to raise the resources for confrontation with China and Russia, which, in the opinion of American analysts, will shape the future of the world. According to some experts, the United States is thus discarding the paradigm of global hegemon, which bears responsibility for international security in all corners of the globe. And what’s more, Washington is intending to restructure the entire system of relations in line with American values, including a forceful dissemination of democracy “the American way”. This democracy is succeeded by the paradigm of a new cold war – a global confrontation with Russia and China, countries, which, in the opinion of the White House, challenge American hegemony. That’s why the United States easily says good-bye to the whole nation, which it once promised to save.

Meanwhile, the situation in Afghanistan is deteriorating daily. The United Nations warns that Afghanistan is bound to face famine caused by the coming to power of Taliban. More than 50% of Afghans wake up in the morning not knowing whether they will have anything to eat in the day. The country is experiencing an acute shortage of medicaments. Apparently, public sector employees, including teachers and doctors, will encounter problems, since they used to receive foreign aid.

Well before the arrival of the Taliban, the United Nations requested the international community to grant 1,3 billion dollars in assistance to the people of Afghanistan. Only about 400 million have been donated. Food products stored in UN warehouses on the territory of Afghanistan will last only until the end of the month.

What makes the situation worse is a vast amount of weaponry left behind by the US army which is not lying unused being picked up by the Taliban.

What will entail the “light-minded” behavior of the United States for the rest of the world is easy to predict: a new confrontation, more victims and more crises.