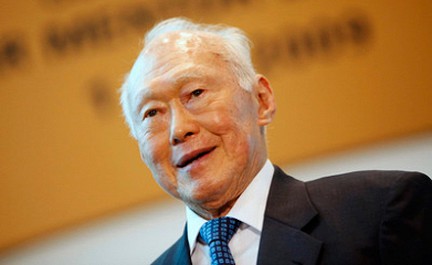 There can be no right thinking Singaporean of whatever shade of political opinion that does not feel at least some sense of loss. Those of us who were privileged to work with Mr Lee Kuan Yew in whatever capacity, and thus knew him in some degree, cannot but also feel a profound personal sense of grief. Mr Lee was not only a great leader – that is obvious -- he was a man, human, and so inevitably complex. He evoked the entire range of human emotions, and evoked them strongly. His legacy will be many faceted and debated for many years. I can only speak of what I personally experienced. As a young MFA officer I was fortunate to have attended many meetings with Mr Lee and to have travelled with him. Later in my career, I sat in on policy discussions, several at times of crisis. I never intended to be a civil servant. I had prepared myself for an academic career. But I soon realised that most of what I thought I knew was at least superficial if not downright irrelevant. My real education in international relations began only when my life intersected, however tangentially, with Mr Lee. And if I stayed in the bureaucracy it was largely because of his example and what I learnt from him.

First of all, I learnt not to be ashamed to be a patriot. To the young, as I then was, the term carries a vague, undefinable whiff of unfashionable mustiness. But to serve the Republic of Singapore in any capacity is no mean profession because if Singapore does not survive, no other value can be realised in this vale of tears we call the world. You may think that all diplomats or all statesmen must obviously serve their own countries’ interests. Well, they certainly ought to. But as I grew more experienced in the craft of diplomacy I observed that this was all too often the exception rather than the rule; that too many leaders and diplomats from too many countries too often confuse personal interests with national interests, or convince themselves that these are synonymous. There is no creature more susceptible to self-deception than some types of diplomat or erstwhile statesmen. The worst types believe that whatever they do is necessarily important simply because they do it; they and no one else because, of course, they are the centre of the universe. Mr Lee was never like that. He is often described as a global statesman, and so he was. But I doubt Mr Lee ever set much store by that appellation or any of the many formal honours he was given by foreign countries. These were means not ends. His laser-like focus – his ‘universe’ if you like -- was always Singapore. He operated on a global stage, but only for Singapore. He won many friends and was personally greatly admired around the world. But this was always deployed for Singapore. He spoke his mind and never hesitated to do what necessity dictated for Singapore’s interests even if it put his personal friendships at risk.

Secondly, I learnt that the pursuit and defence of Singapore’s interests must be grounded in a clinical and clear-eyed, indeed cold-blooded and intellectually ruthless, understanding of the environment in which a small country operates. Small countries cannot afford illusions. Mr Lee never mistook the necessary politesse and hypocrisies of statecraft and diplomacy for reality. He took as the starting point the world as it is; a world as full of promise and opportunity but a world also inevitably flawed and so often perilous. Mr Lee invariably cut through all the fluff that usually conceals the hard realities of international relations. He zeroed into the very core of any issue or situation.  His analysis was always holistic, enriched and given depth and breadth by his realistic understanding of history, of different cultures and, ultimately, of human nature in all its rich variety, its depths as well as its heights. He pursued what was possible in practice not what was desirable on principle. He wanted to get things done. He always dared to try – Singapore would not otherwise exist -- but was not given to chasing chimeras. This is again rarer than one might expect. Statesmen and diplomats are too often prone to believing that their personal charm can seduce even the most recalcitrant, to mistaking their own soaring rhetoric for reality or to wishful thinking, the most dangerous sort of which is believing one is always right or that one knows everything. Mr Lee never stopped learning and was never too proud to seek information even from the most junior, and certainly never too proud to change his mind whenever the situation warranted.

Thirdly, I learnt no leader, however talented, can achieve much alone. Mr Lee was undoubtedly a great leader, but he was the great leader of a great team and of a great people. Leadership is not a matter of intellect alone. His sense of mission, his dedication to and passion for Singapore inspired an entire generation of Singaporeans from all walks of life to defy the odds and to serve some cause larger than themselves. My generation of MFA officers have tried to pass on what we felt and learnt to a younger generation of Foreign Service officers. But this is possibly the hardest lesson to impart. The Singapore that you see around us today and which many young Singaporeans take for granted is a totally unnatural place. We exist only by dint of human endeavour not by any God-given right. What was created by human endeavour must be maintained by human endeavour. Mr Lee and his team inherited a small colonial outpost wracked with riot, revolution and racial tension and turned it into a stable, prosperous, bustling, international metropolis.My generation of Foreign Service officers and the generation before us are proud to have contributed in some small measure to Singapore’s unlikely success. Singapore will be preserved only if the next generation shares the passion from which flows the determination to overcome challenges that cannot now be foreseen. Mr Lee is gone. There will never be his like again. I am sorry that Mr Lee did not live pass 9th August 2015. But there can be no greater or more fitting tribute to his memory than for a new generation of Foreign Service officers, a new generation of Singaporeans, to dedicate themselves to ensuring that we will celebrate our 100th Anniversary in even greater security and prosperity. That cannot happen without the passion and commitment of you, our younger colleagues.