“Let Russia Be Russia” (US debate on global security system) 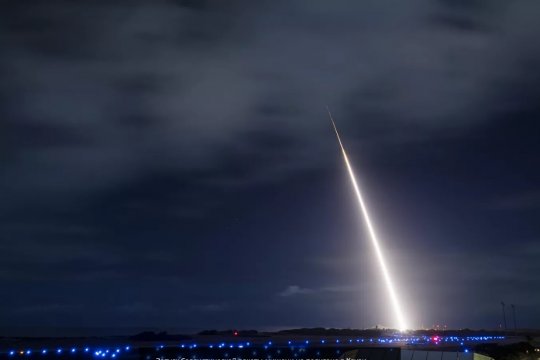 The controversial decision by the current US administration to withdraw from the INF treaty, as well as its threat to suspend observance of the Open Skies Treaty and the Strategic Arms Reduction Treaty (START), has been met with criticism and resistance even in the United States itself. However, opposition  to President Trump’s moves is multi-pronged and pursues goals not necessarily aimed at preserving what has remained of the global security system as some of the "champions of peace" also happen to be the very same "liberal interventionists," who are responsible for many of the armed conflicts happening today. It is imperative for us to distinguish between pragmatics, who really seek to reduce military threats, such as former US Defense Secretary William Perry, ex-US ambassador to the Soviet Union John Matlock, former presidential adviser Thomas Graham and some others, and experts and media personalities, whose criticism of the US withdrawal from these accords is merely an attempt to jump on the bandwagon of the ongoing anti-Trump campaign being waged by liberal “mainstream” media, which is often openly Russophobic too, faulting Trump for his "too polite" way of dealing with his Russian counterpart Vladimir Putin.

The Wall Street Journal was among the first to break the news about Donald Trump's plans to withdraw from the Open Skies Treaty (OST). In an October 27, 2019 article (1), the newspaper wrote that President Trump had signed a document outlining the US administration's intention to withdraw from the 1992 accord. The newspaper’s sources specified, however, that the decision was not final and consultations continued.

Earlier, however, in its October 20, 2019 issue, the WSJ reported that former Secretary of State George Schultz, former Defense Secretary William Perry, and former Senator Sam Nunn, all of them critical of the US withdrawal from the OST, had warned about Trump's decision to exit the treaty. While paying homage to the customary tune about Russia’s “aggressiveness,” these three politicians, known for their participation in past disarmament programs, emphasized the need to keep in place existing defense agreements with Russia, reminding their readers, and above all, Donald Trump, that the great achievement of post-Cold War US diplomacy could soon be erased if some of the Trump administration officials have their say and the United States unilaterally withdraws from the Open Skies Treaty, which even during the current period of tense relations between Moscow and Washington helps to preserve transparency and trust. They argued that such a withdrawal from the treaty would be a big mistake, adding that it would undermine trust between the United States and Russia, and be detrimental to the US allies’ security. (2)

The authors added that the idea of the Open Skies Treaty, initially proposed by President Dwight Eisenhower in 1955, got a new lease on life in 1992, when Moscow agreed to open its territory for overflights to verify Russia's compliance with the Treaty on Conventional Armed Forces in Europe (CFE Treaty). With the CFE Treaty now suspended, Russia is showing clear "defense generosity" by maintaining its “most verified country” status (the authors of the letter admit that Russia is a country most extensively covered by OST overflights).

Apparently trying to fend off standard accusations at home of "working for Moscow," Schultz, Perry, and Nunn wrap up their letter with a customary admission about Republicans and Democrats having a shared view about “a  serious challenge to international security" allegedly posed by Russia." That being said, they still draw a pragmatic conclusion that instead of pulling out of previously signed international security agreements, Washington should redouble its commitment to the risk-reduction strategies consistently sought by previous US administrations.

This standpoint distinguishes pragmatic supporters of maintaining the security system – the priority, which Schultz, Perry, and Nunn confirmed in their April 10, 2019 article “The Threat of Nuclear War Is Still With Us" (4) - from Trump's professional debunkers from the Democratic Party.

Trump's opponents also criticize him for breaking agreements, and not just defense ones, but trade and environmental as well (above all the Paris Agreement on climate change). However, while criticizing Trump, they still arrive at quite opposite conclusions by calling for ramping up pressure on Russia and filling the White House with “hawks” from the Pentagon and the State Department, etc. They also talk about the imaginary  "friendship" between Putin and Trump, allegedly stemming from some Russian contribution to Trump’s victory in the 2016 election, and which they believe should be neutralized no matter what, including by initiating new conflicts with Russia.

Jeremy Kuzmarov, who writes for Counterpunch, points to an unprecedentedly high level of Russophobia in the ongoing debate among potential candidates for the 2020 presidential election from the Democratic Party. (5)

Kuzmarov notes that it is impossible to explain this level of Russophobia by the election campaign alone. It is about ideology. Kuzmarov notes that former US President Barack Obama and Hillary Clinton both represent the  “globalist project," which is still alive and views Russia and China as obstacles on the way of human progress (hence Obama's absurd decision not to include Russia in the Trans-Pacific Partnership project - as if Russia and China were not Pacific powers). At the same time, they see Trump's victory in 2016 as an unfortunate "stab in the back" from US voters. Therefore, all proponents of this ideology, still dominant in the United States, are up in arms and out to fight Trump, whom they never tire of calling “a Kremlin puppet.” This is exactly the ideological "narrative" that makes the US Democrats incapable of compromise in the field of disarmament.

Therefore, any proposals of compromise made by independent experts are subjected to appropriate "modifications” before they are published in order to avoid accusations of being “helpful” to Moscow, just like in the case of historian Stephen Cohen. This explains the cautious tonality of the proposal made by Thomas Graham – a former assistant George W. Bush and a prominent expert on Russia. In a think piece titled “Let Russia Be Russia,” published in Foreign Affairs journal, he offered a rather strange "quid pro quo” whereby the US and Ukraine accept Russia’s sovereignty over Crimea (as if someone is going to discuss this with them!), and Russia withdraws its support for Donbass. Only then, Graham argues, can we discuss disarmament initiatives, joint efforts by Russia and the United States to prevent Iran from going nuclear, etc. (6) Well, even if this rather unrealistic idea resonates with some in the US expert community, it hardly fits into the ultra-liberal ideology of "reformatting" the world, which is still espoused by US political elites. Therefore, it looks like Graham's proposal will remain just a vain wish for a possible compromise. Meanwhile, the last pillars of the global security system are crumbling right before our eyes…