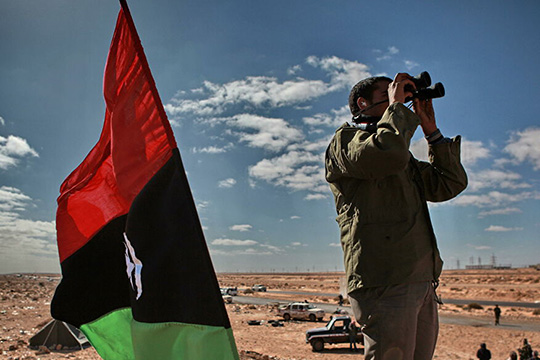 The recent talks between President Vladimir Putin of Russia and his Turkish counterpart Recep Tayyip Erdogan focused on the commissioning of the Turkish Stream gas pipeline – a major infrastructure project of today: the pipeline is 930 km long, with a capacity of 31,5 bln м3 yearly. According to Gazprom, the Turkish Stream gas is already being pumped to some countries of the European Union, and next on the waiting list are Greece, Bulgaria, Italy, Serbia and Hungary.

Although the launch of the pipeline stands out as an event of tremendous importance for the two countries, one of the top points on the agenda of the talks was the situation in Libya, which has come into the global spotlight again in recent months. The Instanbul meeting took place behind closed doors – no statements were made either before or after it, which triggered doubts as to its effectiveness. However, the negotiations resumed after the launch of the pipeline and were followed by the two leaders’ joint statement.

The overthrow of the Muammar Gaddafi regime with the help of NATO forces split the country. The north-west of Libya is run from Tripoli by the Government of National Accord (GNA) headed by Fayez al-Sarraj, while the eastern part is governed by the nationally elected and thus equally legitimate parliament (the House of Representatives), which has formed its own government. The latter structures are largely under control of Khalifa Haftar, the Commander of the Libyan National Army (LNA). In addition, some sections of the Sahara are so far free from Haftar’s control. Such a situation is quite understandable: Tripolitania (in the west), Cyrenaica (in the east) and Fezzan (in the south) are known since antiquity and were formed into a single state (or rather, a colony) by the Italians in 1934. The centrifugal processes continued even during Gaddafi’s tough rule.

Ankara has been seeking closer ties with Tripoli in recent months. A memorandum on the sea boundary delineation agreement which was signed with the GNA at the end of last year provides Turkey, along with hypothetic geopolitical gains, with a chance to assume, even if slight, control, of the development of natural gas deposits at sea which are claimed by other countries of the Eastern Mediterranean, first of all, by Egypt, Greece, Cyprus and Israel – countries that form the Eastern Mediterranean Gas Forum. It is no secret that looming behind them is the United States. Besides, considering that the European Union’s position on this issue is pretty tough, Ankara is highly unlikely to run the risk of facing a new aggravation of relations with Europe. This time, Brussels may choose to impose sanctions on Turkey, whose exports and imports are more than 50% dependent on European partners.

The prospect of facing regional isolation in connection with “gas activity”, on the one hand, and plans to intervene in the civil war in Libya (which none of international legal entities seemed to support), on the other, forced Erdogan to look for allies. This explains his unexpected voyage to Tunisia during which he was accompanied by the minister of defense and director of the national intelligence service. Referring to certain mercenaries, Erdogan sort of “justified” the dispatch of Turkish servicemen to Libya.[i]

However, Erdogan failed to win over the Tunisian leadership: after his departure a Tunisian presidential spokesperson said his country would stick to neutrality in relations with Libya. The spokesperson also disavowed Erdogan’s allegations that Turkey had struck a “union” with Tunisia on Libya.

The failure in Tunisia did nothing to discourage the Turkish leader. In the first week of January Turkey’s Supreme National  Assembly approved of the president-initiated mandate on the dispatch of Turkish servicemen to Libya.  Haftar responded by announcing a general mobilization with a view to “dislodge foreign forces” and prevent Ankara from “bringing back the Ottoman legacy”. On January 5th Erdogan acknowledged the dispatch of Turkish military to Libya, where he said they would engage in “coordination”. Traditionally, every meeting with the Russian president is preceded by the Turkish president’s steps to consolidate his positions – be it expression of reverence to the Atlantic alliance, or a visit to Washington. This time, the tradition was observed as usual.

For many political and economic reasons, Turkey is unlikely to launch a large-scale military operation in Libya. Unlike the last Turkish campaign in Syria, when Turkey’s military activity in a neighboring country seemed natural to most of the electorate (common  border, the refugee problem, the “Kurdish threat”), the situation in remote Libya triggers no immediate response in Turks and is thus unlikely to secure their support for a military campaign there, which is fraught with new political tensions.  Besides, given that Turkey cannot afford the “luxury” of running two military campaigns at a time, the Turkish contingent is unlikely to be numerous – in all likelihood it is but a “flag demonstration” in the Mediterranean.

Another thing is that unnamed Reuters sources within the Turkish leadership report  Ankara’s plans to send hundreds of pro-Turkish militants from Idlib to Libya (according to other sources, they are already there). This sounds quite plausible in view of the close denouement in the Idlib zone. It is these militants’ actions that the Turkish instructors are supposed to “coordinate”.

Ankara’s recent geopolitical initiatives received a cool response from Moscow: on December 26, Dmitry Peskov told reporters: “The situation in Libya is undoubtedly causing a lot of concern, including ours ... We believe that any intervention by third countries in Libya is unlikely to contribute to a settlement, but any attempts by third countries to directly contribute to solving the problem and help the parties involved in the conflict to reach a solution are always welcome - international efforts are always supported by the Russian Federation. "[ii]

In other words, Moscow,  after saying it is against an escalation of the conflict, has de facto invited Ankara to join forces in searching for a solution through diplomatic means.

Three days earlier, on December 23, a Turkish delegation consisting of diplomats, military officials and intelligence officers arrived in Moscow to discuss the situation in Libya and Syria. According to Turkish media, the consultations lasted three days, but, apparently, no solution was produced, and, according to some experts, the discussions were postponed until a face-to-face meeting between the Russian and Turkish leaders. Significantly, these days the main strike of the Haftar army’s December offensive on Tripoli (where the GNA is based, A.I.), has been redirected to Sirte and Misurata, while military operations in the direction of the capital have entered a sluggish phase.

Presidents Vladimir Putin and Recep Tayyip Erdogan have made a joint statement  reaffirming commitment to the territorial integrity of Libya and stating that stability in the country can be achieved only through an inclusive inter-Libyan dialogue. And most importantly: the two leaders “decided to act as intermediaries and call on all parties involved in the Libyan conflict to stop all military operations as of 00:00 on January 12, declare a lasting ceasefire backed by the necessary measures that must be taken to stabilize the situation on the ground and normalize everyday life in Tripoli and other cities, and immediately sit at the negotiating table in order to put an end to the suffering of the Libyan people and reinstate peace and prosperity in the country. " [iii]

France, Italy and the UN leadership have all made attempts in recent months to secure a ceasefire and arrange a meeting between Haftar and Sarraj, but so far without success. Will Moscow and Ankara be more successful? The chances are there for grabs: Sarraj needs to clinch a deal – the more he moves on, the more he loses in the confrontation with Haftar, who seems to heed recommendations from Moscow, which has established itself as a mediator for a wide variety of conflicting parties in the Middle East.