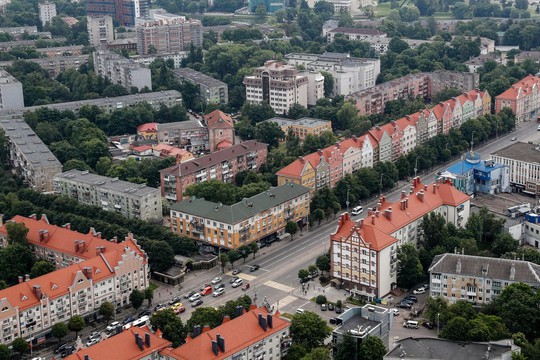 Vilnius explained the move by stating that the goods in question were sanctioned by the EU in connection with the conflict in Ukraine, and therefore can no longer pass through the bloc's territory even if they travel from one part of Russia to another. Among them are crude oil and oil products, coal, metals, construction materials, advanced technology, glassware, some foods and fertilizers, plus alcohol. According to the region's governor, Anton Alikhanov, the ban means that as much as 40-50% of all goods destined for Kaliningrad could be blocked. He said the move was made in “flagrant violation” of international law and is tantamount to “an attempt to place the region in an economic chokehold.”

This was reported by RIA Novosti, citing the official representative of the European Commission, Eric Mamer. According to him, Lithuania has compromised the European Commission (EC) by claiming that the decision to impose restrictions on Kaliningrad exports was made jointly with the EC. This is a sovereign decision of the Lithuanian authorities, Mamer claimed.

At the same time Lithuania continued to expand Kaliningrad blockade, and threatens to cut off a gas pipeline “Minsk-Vilnius-Kaunas-Kaliningrad”.

The restrictions imposed on the transit of freight to the Kaliningrad Region by Vilnus have already affected road traffic, officials of the Russian exclave said on June 21st. “The partial restriction of freight transit also applies to road vehicles passing through Lithuania. Like [goods transported by] rail, these goods can now only be transported by sea,” the press service of the regional Government in Kaliningrad has said.

The Russian government has blasted Vilnius’ move as an “economic blockade,” with Kremlin spokesperson Dmitry Peskov calling the decision unprecedented, and in “violation of anything and everything.”

The head of Russia’s Security Council, Nikolai Patrushev, vowed there would be a response to the ongoing “blockade,” stating that unspecified actions to be taken by Moscow would “have a serious negative impact on the people of Lithuania.” “Of course, Russia will respond to hostile actions. Appropriate measures are in the works, and will be adopted in the near future,” Patrushev told reporters amid a visit to Kaliningrad on June 21st.