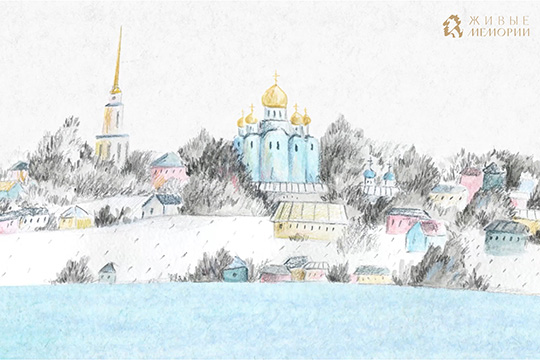 FOTO 1. A shotfrom the animation of the 7th series of the project "Living Records " about Grand Duchess Olga Romanova. Graphic artist and Animation Director: Mary Mayorova.

International life: Where does the idea of the Living Records come from and how did you begin working on the project?

Irina Razumovskaya: A couple of years ago I stumbled upon a small book of memoirs written by the son of the philanthropist and businessman Savva Mamontov. These memoirs became the starting point of our project. It is amazing how vast were this man’s interests: he built railways, supported the arts and artists. We were inspired by the delicate little book of his son - Vsevolod Mamontov. We wanted people to discover these and other interesting memoirs.

We decided to carry out the project with our team of young professionals in the field of media and cinema "ktomy.media" (“whoweare.media”) In all our projects, we are trying to propose answers to the question “who are we?” and the memoir being a key to self-knowledge can surely give some answers. We came up with an idea of a series where each episode is based on a passage from memoirs read by a famous artist actor and animated by a graphic designer. Here we have theater, animation, cinema and books all in one. People's Artists of Russia such as Alexey Guskov, Evgeny Knyazev, Lika Nifontova collaborate with the project as well as Honored Artists of Russia: Kirill Pirogov, Anatoly Bely, Maria Smolnikova and Maria Shashlova. We were awarded the Presidential grant in the spring this year and were able to start the project. 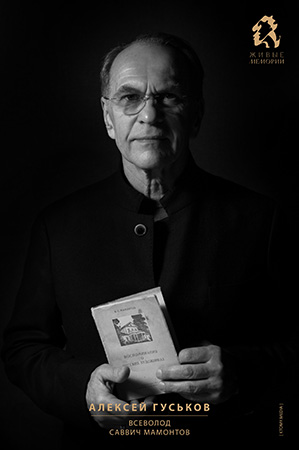 International life: How did you choose the materials for other episodes? Was it necessary to have famous people among the main characters?

Irina Razumovskaya: The most important thing was to find a cinematic passage in the memoirs that would give an idea of how the country and its people lived in a certain period of history. However, the series take place not only in Russia but also beyond its borders. For example, we will find the writer Ivan Bunin already living in the south of France. The authors of our memoirs are very different. They vary from famous people (artist Mikhail Nesterov, Grand Duchess Olga Alexandrovna Romanova) to lesser known cultural figures such as the American Eleanor Pray, the author of unique letters about Vladivostok. 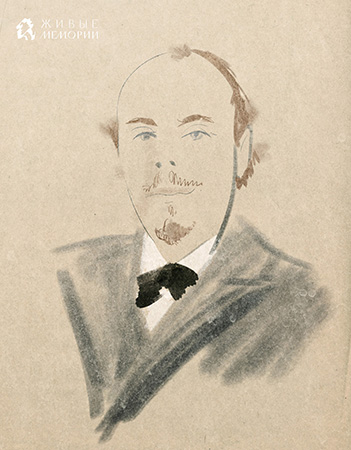 FOTO 3 A shot from the animation of the 2nd series of the project "Living Records " about Mikhail Nesterov. Graphic artist and Animation Director: Valery Kozhin

International life: How did Eleanor Pray become one of the heroes of your project? How did you come up with the idea to devote one of the episodes to her?

Irina Razumovskaya: I was on a business trip and decided to go to the Arsenyev Museum of the History of the Far East - the most visited regional museum in Russia. There was an exhibition dedicated to Eleanor Pray. It was based on her photographs and letters about life in Vladivostok. In 1894, she and her husband moved to Russia. Her husband’s brother was a merchant, he owned the “American store” in Vladivostok. The city itself and the beauty of the local nature fascinated the enthusiastic young woman who began to study aspects of everyday life there with great interest. Eleanor Pray was surrounded by admirals and officers; she taught them English, and did a lot of work for charity with their wives. Every day, Eleanor Prey described her life in her letters home. Thanks to this now we have a unique book, a chronicle of city life at the turn of the century. 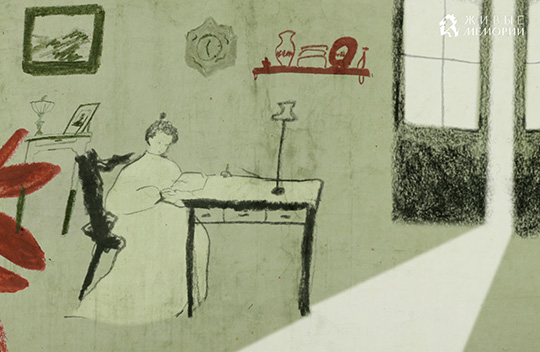 International life: When a project is based on memoirs, there are a lot of legal issues. How did the negotiations with copyright holders go?

Irina Razumovskaya: I guess you could write an exciting memoir about this aspect of the project. We began to work on that during the lockdown. For example, to get the rights to the Pray’s letters our lawyer and I had to negotiate with four parties. We wrote to the descendants of people to whom she left her archive in America; to the American editor and compiler of the book of her letters; to the Russian translator and to the Museum of History of the Far East because they took part in the publication.

Our negotiations took place all over the globe. The Ivan Bunin Estate Foundation in England granted to us the rights to Bunin's memoirs. In Venice we got help in finding the granddaughter of Marina Gustavovna Storh. She is the daughter of the Russian philosopher and thinker, Gustav Shpet. I must say, almost everyone was welcoming and enthusiastic about our project. A lot of people supported us and saw “Living Records” as an important national project. A lot of rights were transferred to us without any payment.

International life: When and where can we see the Living Records series?

Irina Razumovskaya: Our actors, animators, designers and composers worked at home all the time during the lockdown. We hope to resume filming soon. We are planning to start releasing episodes on our YouTube channel this October, one episode per week. And we hope to show the entire almanac at various festivals and on television.