London and nuclear weapons for Sweden 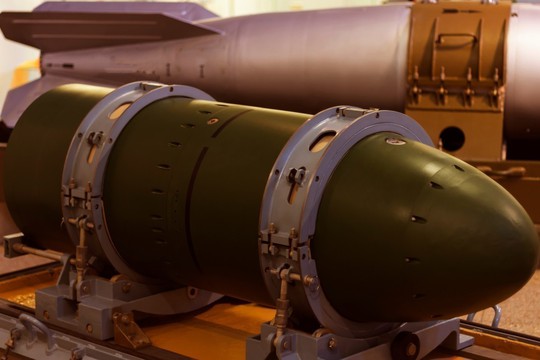 Recently Boris Johnson hinted that the UK could provide Sweden with nuclear support, writes the British tabloid Daily Express. It is not very clear what the British Prime Minister had in mind, but this is an extremely serious statement. The fact that it followed from London is surprising, and Sweden should be wondering - what is behind this?

Sweden has never had its own nuclear weapons, nor has there ever been a need for them. This provocative statement from the British prime minister came at a press conference where Boris Johnson with his Swedish counterpart Magdalena Andersson said that the UK would support any decision by Stockholm on possible NATO membership. In response to a question whether the UK would provide nuclear support to Sweden, the Prime Minister said that London does not usually comment on nuclear deterrence issues. But at the same time he made it clear that any of the parties can make such a request, and Britain will take it very seriously.

Since 1998, when London decommissioned its WE.177 tactical bombs, the UK's current nuclear weapons system has been Trident missiles. The system is deployed on four Vanguard-class submarines currently stationed at the Clyde base in Scotland. Each of them can carry up to sixteen Trident II missiles with eight individually targetable multiple reentry vehicles. The range of the Trident II D-5 ballistic missile is 11.3 thousand kilometers, and the maximum speed is over 21.6 thousand km/h. Most British-made warheads have a yield of 80-100 kilotons of TNT - five to six times more powerful than the "Kid" atomic bomb dropped on Hiroshima.

Why did London need to make such ambiguous proposals to a country that did not even ask for it? The answer to this question suggests itself - in order to divert a potential nuclear strike from its territory in the event of a nuclear conflict. It is difficult to understand why Sweden needs this because for many years the USSR, and then Russia, did not pose any real threat to it.

The first reaction from Russia to the possible appearance of NATO at its borders in the north is already there - the first deputy representative of Russia to the UN Dmitry Polyansky, in an interview with the British online magazine UnHerd, said that Sweden and Finland, who want to join NATO, could become a possible target for strike if alliance troops appear on the territory of these countries. What will happen if nuclear weapons be stationed there? Hints about the possible appearance of nuclear weapons there no doubt exacerbate the situation.

The press secretary of the Russian President Dmitry Peskov noted that the Russian side will analyze the situation and develop measures to ensure its security. And Foreign Ministry spokeswoman Maria Zakharova said that Sweden and Finland should understand the consequences of such a step for relations with Russia.

Meanwhile the question is still there – why London makes such ambiguous proposals and what is behind this?