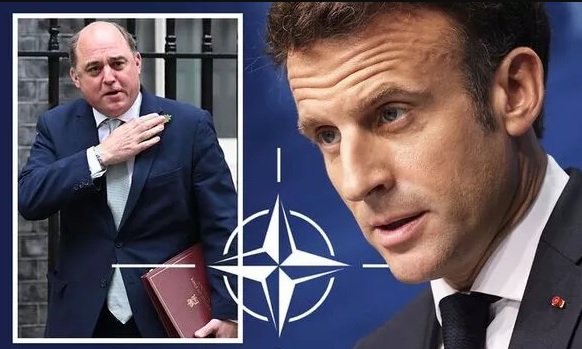 Emmanuel Macron has been met with fury after it was reported that the French President is seeking to veto Ben Wallace being considered to be Secretary General of NATO, - reveals “Express”.

Mr Wallace, a former soldier, has been tipped to take over from Jens Stoltenberg when his term comes to an end in September 2023. But France is said ‘to be opposed to any UK or Turkish candidates’ who might be up for the role.

Another Tory MP told Express.co.uk that France's position raises questions for Prime Minister Rishi Sunak, noting that he "sees Macron as a friend".