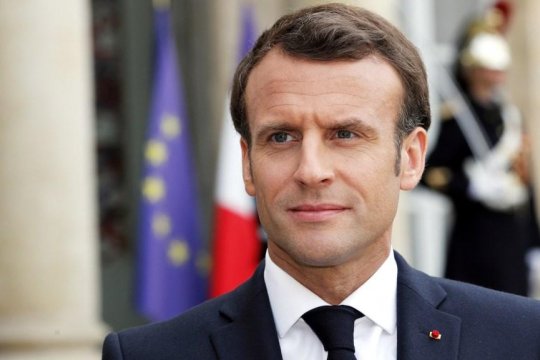 A two-day visit to Serbia by French President Emmanuel Macron, which came to a close on July 16, was designed to repair the damaged reputation of Paris and the entire European Union in the Balkan settlement, particularly, in Kosovo. A meeting of Presidents of Serbia and Kosovo, Aleksandar Vučić and Hashim Thaci, with Macron and German  Chancellor Angela Merkel, which took place in Berlin at the end of April, ended without result, mainly due to differences between Paris and Berlin on the partition of Kosovo. A similar meeting scheduled for the beginning of July in Paris, did not go ahead at all due to a widening gap in the positions of the parties involved. The Balkan capitals are talking ever louder about Europe’s inability to propose to the Balkans at least some effective scenarios and  signal the need to attract the United States in securing the Balkan settlement, which would in fact mean the EU is facing a “vote of no confidence” in the Balkans.

From this point of view, the French leader and his Serbian counterpart managed to achieve some progress. The two parties agreed to gather for the next Kosovo summit in Paris in September.

Speaking of the European political scene, it is Emmanuel Macron who advocates a strong and united European Union, which adapts to the socio-economic specifics of various regions.

Contributing to such an adaptation is the concept of “Europe of two velocities” and of “zones of strong and weak euro”, which come from the transformation of a formally unified EU into a two-tier structure consisting of the financially and economically strong “core” and the weak “periphery”, which comprises, among others, the Balkans.

It is precisely this that causes current friction between France and Germany. Chancellor Angela Merkel strongly opposes any division lines in the European Union, be it political and economic ones, and is against re-considering the existing borders. The latter circumstance directly concerns the Balkans in general and Kosovo in particular, since the division of Kosovo into Serb and Albanian parts underlies a scenario that has been under discussion over the past year in Belgrade and in Pristina. It is this plan, or rather, a fierce rejection of it by Angela Merkel (Emmanuel Macron seems to be in favor of it) that, according to reports, led to the failure of the April summit on Kosovo in Berlin and became the main reason for the negotiating parties’ unwillingness to gather in Paris at the beginning of July.

“Those who listened attentively to what President Macron said, understood that they have their own debates and have their own problems to resolve, while we should concentrate on the problems of the region, achieve the best relations possible – in this case we will become stronger and more powerful”, - the Serbian President said commenting on the results of the talks in Belgrade, differences within the European Union itself, and his own vision of how to normalize relations with Kosovo. Speaking in the run-up to negotiations, Aleksandar Vucic emphasized that “Macron is one of the top two European leaders and the person of the future.” He described his French counterpart as "a hardworking and energetic person who is not always easy to deal with." [1]

The French president did not make it a secret from his Serbian counterpart what kind of problems he faces in the EU proper. According to the Belgrade-based Politika, during a closed meeting of the two leaders with Serbian students, Emmanuel Macron complained about the difficulties of passing any decisions in the European Union and reiterated the need to "modernize" the EU. Aleksandar Vučić, for his part, reaffirmed his commitment to a “compromise solution” on Kosovo, which, in his opinion, would lead to the normalization of relations between Belgrade and Pristina.

Simultaneously, the Serbian president made it clear that Belgrade is ready to reconsider its tough position regarding the decision of the Kosovo authorities adopted at the end of 2018 to impose 100% protective duties on products from Serbia (as well as from Bosnia and Herzegovina). Until now, Belgrade has cited this anti-Serb measure as the main reason for lack of progress in negotiations with Pristina. However, his rhetoric seems to be changing. “I think it's time to talk anew about some things. I’d hate to slap the blame on the other party and talk about duties; let us give the great powers an opportunity to do their job, ” - said Aleksandar Vucic in the presence of Emmanuel Macron, hinting at the Serbian leaders’ readiness for new compromises. “We are witnessing an upsurge in tension and this tension at times feeds on assistance from external forces that are interested to see to it that a solution is not found,” - Emmanuel Macron remarked, implying that Serbia, Kosovo and France would be able to address the problem of Kosovo more successfully, if there were no obstacles from the outside. In the next few weeks, he said, he would make all the necessary efforts to organize a four-party meeting in Paris with the participation of leaders of France, Germany, Serbia and Kosovo in order to secure a “global and achievable solution” on Kosovo.

What could become such a solution is an agreement on the division of Kosovo with Belgrade retaining control over its northern, Serb-populated regions. Over the past year, Belgrade and Pristina have worked out two draft agreements on the normalization of bilateral relations regarding territorial claims. The corresponding maps were prepared on the basis of an agreement on the delineation of borders, which Hashim Thaci and Aleksandar Vucic reached in August 2018 at the European Forum in Austria. The document was supposed to be signed in Brussels in early September 2018 with the participation of the EU leadership. However, disagreements over the principles of demarcation, as well as protests by opposition forces in Belgrade and Pristina, disrupted the schedule. [2]

The Pristina plan proceeds from the fact that the Serbian-Albanian delineation plan should be a “package”- based one, envisaging a comprehensive exchange of territories, including Kosovo’s Serb-populated areas, which constitute a fifth of the region’s territory, the mainly Albanian-populated Bujanovac and Presevo communities adjacent to Kosovo, and, if possible, the community of Medveda, where the population ratio is gradually changing in favor of the Albanians. That the Pristina authorities should transfer part of the territory of Kosovo to Serbian control was indicated by Hashim Thaci at the beginning of 2019, as he spoke at the Council on Foreign Relations in Washington. In his words, the signing of the relevant agreement with Belgrade in Brussels under the patronage of the EU will allow Kosovo to receive recognition from Serbia and join the UN: “If a minor border adjustment is the price to pay for a final settlement, this should be acceptable.” The resulting document, Hashim Tachi said, must be signed "with the support of the United States."  Russia, he said, “seems ready to accept an agreement which will be reached” between the parties concerned. [3]

What is meant by the above mentioned is "commitment to achieve a comprehensive peace agreement between Kosovo and Serbia, which will guarantee Kosovo a place in the UN and will enable it at the appropriate time to join NATO allies and the EU," - the Kosovo leader explained on Twitter. [4]

The proposed agreement, including in terms of relevant territorial exchanges between Belgrade and Pristina, is supported by the United States. For US President Donald Trump, international conflicts should be settled within the format of bilateral business deals, while his National Security Adviser, John Bolton, has already made it clear that Washington does not “rule out the possibility of re-drawing borders” in the Balkans if “both sides are ready for a compromise between themselves and come to agreement."

“If Serbia and Kosovo manage to come to agreement on the re-drawing of the border, Austria will definitely not be against this,” - the former (and, most likely, the next) Austrian Chancellor Sebastian Kurz said in support of this approach. [6]

However, the agreement in question has many opponents. Among them are not only nationalist and radical forces in Serbia and Kosovo, but also influential players on the European scene. In particular, the former UN special envoy in the Balkans, Carl Bildt, is categorically against changes of borders in the Balkans: “When you do that, you know where to stop but you don’t know how it will end. Borders are borders, they are not to be touched. Many borders in Europe are drawn with blood, and if you change them, you cannot be sure what will happen next. ” [7]

The differences between Emmanuel Macron and Angela Merkel, which do make it difficult for the EU to act as an active and independent player, including in the Balkans, are likely to persist in the coming months. According to the Croatian edition Advance, “ French President, Emmanuel Macron, has been skeptical of late about further enlargement of the European Union. However, some do not share his views, ”including the Federal Chancellor of Germany. “I agree with President Macron that the mechanisms of the European Union need to be improved, but I do not associate this process with a refusal to negotiate membership in the European Union,” – Advance quotes her as saying at the recent EU summit on Western Balkans in Poland.  Advance then continues to analyze the layout of forces in the France-Germany-USA triangle: “Trump will be the last to support the expansion of the European Union. Moreover, he will seek to cut down the existing EU (Brexit and possible future “exits”) during the potential second mandate even more actively than now. Besides, Macron has already made it clear that he is ready to support Trump’s position if he finds it more beneficial (attitude towards Syria, criticism of the Iranian ballistic program, and so on). And Macron will most likely go for it, because he expects Washington to approve him in the role of the “top figure” of what is and will be known as the European Union. ” [8]

Russia has repeatedly pointed out that it will support the agreements between Belgrade and Pristina, if they meet the interests of the Serbian side. In addition to reducing tensions in the Balkan region, normalization of relations between Serbia and Kosovo would ensure their greater participation in Russian infrastructure and energy projects, including in terms of connection to Russian gas transportation routes. In particular, this could mean stretching an export line of the Turkish Stream gas pipeline through the territory of Southern Serbia and a possible branch from it through Kosovo and further to the Adriatic Sea, with a view to plug in Italy.